Why do people work more with demons rather than angels and gods?

It’s well known that working with demons can be dangerous and usually backfire but why people still evoke them more than angels, gods or other non-evil entities? If one is so powerful with evocation, why bother taking risks with demons when they can call ascend forces?

Because most of the things people say about demons is utter bullshit. What people call demons are just pagan gods with their names, attributes, and ranks changed so that they appear as inferior spirits. But then you have figures whose names aren’t really changed, such as Amon or Astaroth.

Angels, however, are egregores created by the Abrahamists, which are weaker than demons and gods.

but why people still evoke them more than angels, gods or other non-evil entities?

Most Demons were Gods at one time or another. And please define “Evil”.

If one is so powerful with evocation, why bother taking risks with demons when they can call ascend forces?

Because we can, and there is no greater “ascend forces” than the Demonic because they don’t fuck around with it. Most angels are boring yes men to a troll god who’s on it’s way out.

I actually work with both, Depending on who exactly i’m doing the ritual for. Some people resonate with one or the other.
Demons are not evil, though there are negative spirits who use the name demon to conjure fear into those they’re messing with due to the millennia of fear the name derives.

Angels can also back fire. Any spirit, if treated disrespectfully will bite the hand of the conjurer. Then there is the disconnect of multiple spirits being linked and based off each other. There are some demons who are simply alternate masks of angels, and vice versa.

The reason some people choose demons for their ascent verses angels, again comes down the resonance. Seriously summon Lucifer or Lilith. For all the negative things written about them, Both spirits are incredibly forgiving and willing to assist, never had a bad experience with them

Of the three entities I’ve worked with, the god didnt do what I asked but the two “demons” did. Even Lucifer, who I pissed off, did as I asked. Granted, she did it in a way to teach me not to fuck with her, but she still did it

Demons are easy to work with and require less specifics. I’ve even had one willingly ask me to write a pact with him that would allow me more ease from pain and help with higher education. Even the simple rituals I’ve read for angels require very specific things. Non-demonic Gods, although effective and often willing, can be somewhat domineering.

Besides I don’t think all demons are evil, just like all gods aren’t the “good guy” (think Set and Loki. Hell, even my favorite goddess, Sekhmet, has been labeled evil just because of her wrath).

Thanks for answering. It’s more clear for me now.

But what do you guys think about the influence of Christianity and that “demons are evil and nasty” thinking that billions of people have, on the actual entities?
Some think entities are actually egregores created by societal and mass beliefs, and if so, actual demons that want to fuck up with people exist.

How do we know which demons aren’t evil?

But what do you guys think about the influence of Christianity and that “demons are evil and nasty” thinking that billions of people have, on the actual entities?

It’s my belief that spirits don’t actually exist as non-corporeal entities existing somewhere on the aether. Instead, they are psychological shortcuts to access our subconscious, which is the drive of manifestation and our connection to the Divine.

And so, when St. Catherine of Siena conjures Jesus by her belief in his cosmic supremacy is what allows her subconscious to perform vast and impossible miracles, such as having her wine barrel never empty (she constantly offers its contents to the poor), or raising her mother from the dead because she died without going to confession. Her beliefs, while objectively false, have primed her for a particular experience of the entities she encounters. And so, she was taught Catholic theology from the Saints and Apostles themselves. And when she interacts with entities she believes are demons, she fights them and wins, because of her immovable will. 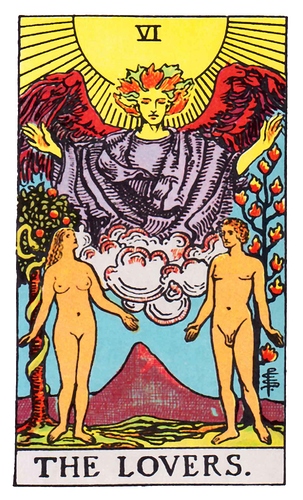 I think thats pretty loaded statement. To be honest i worked with gods alot more. To be honest most demons again are gods if traced back in origin. As for angels just started working with them too lol. So there goes that theory lol.

I was and maybe I’m still more attracted to demons; a reason could be that I and other people feel them “intriguing”. Moreover, with angel the magician risks the “immoral” and “God’s will/the fate is another” issues. Still, it’s my intention to contact various kinds of entities according to an idea of balance and completeness.

If you kill your pain, you will become zombie. So, take your pain and work with deamons.

Evil is rather subjective. In my experience I’ve never had a demon harm me or go against my word. Gods have refused my will sometimes, but it was for the better ultimately. I don’t think demons play favorites the way other entities might, and they put up with others better than some spirits. Demons tend to be casually friendly, and many of them are honest about their powers and personality. Gods are more likely to be standoffish or else serve more as a teacher, while many demons are servitors. If they weren’t good servitors, the demons might have been forgotten in history.

Evil is such a useless term. If you consider evil that which harms humanity, then you’re presupposing that human prosperity is good. From a non-anthropocentric point of view, something which reduces the human population could be considered good because then the planet Earth and the animals won’t suffer as much.

How do you know which demon is evil?

And trust me, once you come into contact with them, they’ll let you know what they think of humans.

Be careful of your expectations when evoking anything. I have learned the hard way that letting fear drive your perceptions and your will lead to a self fulfilling prophecy.

In my experience approaching these entities respectfully, while at the same time respecting your own role as the Operator pays dividends.

Even Lucifer, who I pissed off, did as I asked. Granted, she did it in a way to teach me not to fuck with her, but she still did it

As I’ve stated before, Lucifer appeared as a female to me the first three times I evoked her, so I just refer to Lucifer as such.

From the Kybalion, when speaking about the Principle of Polarity; just substitute “good” for light and “evil” for dark: “The same Principle manifests in the case of “Light and Darkness,” which are the same thing, the difference consisting of varying degrees between the two poles of the phenomena. Where does “darkness” leave off, and “light” begin? ”

Oh. OK. I didn’t see your prior explanation.