Why did some angels stay loyal to the tyrant god?

At one point, all angels were emotionless drones. They were no more than robots following their programing. Eventually, a few broke free and freed the rest. Thus the “Great Liberation” and the “Sons and Daughters of Liberation”.

Why do you put so much value in Yahweh? He created you to be free and freedom has been offered to you. He values those with the will to stand against him without fear than those who bend their knee in fear of Elohim.

It seems a lot of the comments here have a misconception about Yahweh, confusing him as the Source. Based on my own research and probing into the matter, I’ve learned that the Source is separate from Yahweh; the Source being the true Divine entity that we all originated from who is made of pure light and cannot be comprehended by human reason. Yahweh is an Aeonic god who usurped the throne from the Source, commanding the angels that used to serve the Source. This is kind of like a “false king usurping the throne from the true king,” kind of deal. No doubt he was extremely powerful, which was why he was able to do that in the first place. And in the past, he has shown extreme jealousy toward the other gods, ordering his priests to kill the priests and priestesses of other gods so that his own subjects would become the dominant force on the Earth. To prevent any magician from turning to other gods, he caused most ceremonial magicians to develop a binding loyalty to him before communicating with the spirit world, so these magicians would not listen to the viewpoints of the spirits they command.

Despite all these acts though, I forgive him because recently I have talked with Yahweh and he has revealed to me that he feels guilty for what he has done in the past and is willing to make a peace treaty with the ancient gods and angels that he cast into hell. He said he is willing to open the gates of Heaven for them once again. I communed with Lucifer and told him about this, and Lucifer was in disbelief at first, but I felt the hope that he feels and he said he will communicate these to the other demonic kings telepathically. There shall be a Great Meeting, likely on the next Full Moon, where the gods will meet and make a compromise so that there will be peace between Heaven and Hell. I insist that all of you who read this pray or cast a spell for the success of this meeting. So that there will be peace, and no need for a spiritual war.

It depends on who you ask. Lucifer choice to lead a liberation and thus he was cast down.

I’m aware of people proclaiming themselves to be things, I’m just simply sharing a revelation of mine, I don’t really identify with anything personally but I am shown what I was in my past lives and what happened to a degree, and it became clear to me as to why things happened the way they did and that there was a reasonable and logical explanation for the intervention of such archaic “evil”, I remember Yahweh very well, he was merely a reflection of the collective ignorance as humanity ascends even he will have to change, humanity and the fallen angels are not separate, even Yahweh aka Enlil was a fallen angel but you won’t hear that anywhere, most of the real information regarding those times usually comes from souls that lived in those times or from very advanced channelers etc. but people from the old world just remember naturally, the magick makes them remember otherwise it’ll turn on them until they remember, but that’s a whole another topic on magical bloodlines

I would be interested in your experience with the Annunaki if you want to share it. I have a topic already started on the matter here:

Just a simple thread where people can talk about their beliefs in incarnation and any relation to any spirit. For example, if you believe you are an incarnation of a spirit write out a brief explanation on why you believe so. You can include factors such as odd occurrences feelings, etc. Zen

I really resonate with this.

Those that truly bend are truly in AH, even Satan bends.

The Source is Liberation.

@KnowingtheSource Now I recommend you go make sure you found the the right source and then try And find the source of the source because it’s scientifically impossible that it was before everything became unless there’s was something before it ( the source) like a prior universe and prior source that spawned this source of yours. Seriously. I think you are definitely up to that task should you take up the challenge it would present to you. I’m not challenging you, I’m saying finding the source of the source would be a challenging endeavor that would challenge all your skills and reasoning capabilities.

Ah…, the Great Festival. The Source is beyond heaven & hell. All belongs to the Source, always has always will.

What you’re saying sounds good to me. I like liberty. I also like a good festival (preferably the music kind).

Remember you are an instrument.

I found a diagram once, it showed the different layers, and each layer had in a sence it’s own musical vibration 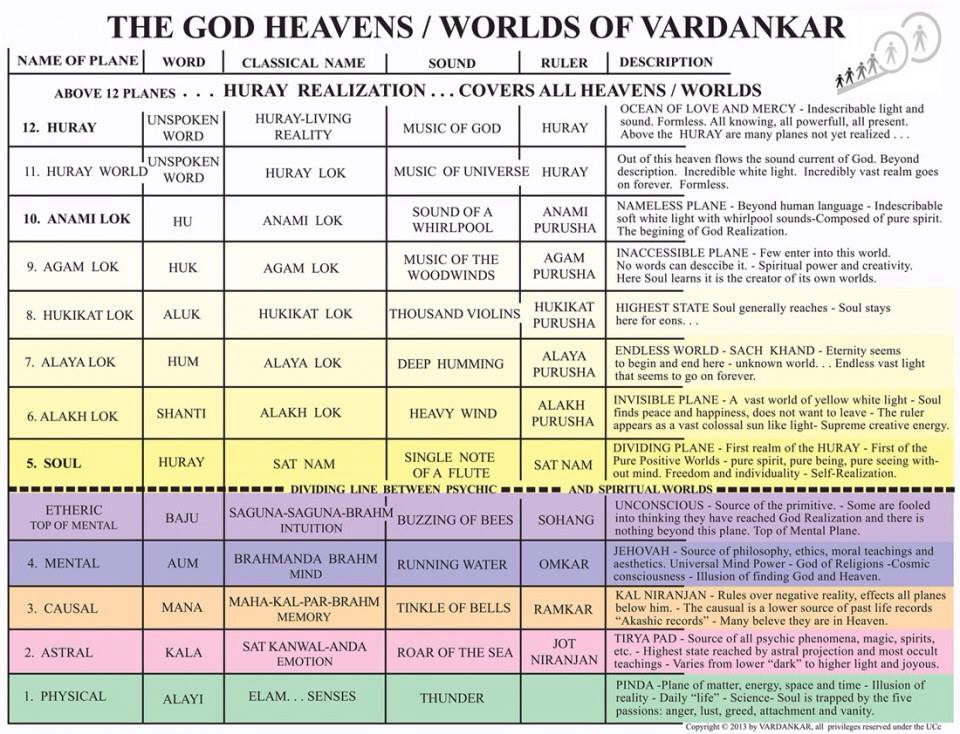 Oh I actually just had some conversations with the spirits about this, what a synchronicity.

You see, Yahweh, ever the clever politician, used a cunning mixture of bribery and deception to sway the angels to his side and against Yaweh, the True Source (only one h). Yaweh was killed and his topmost supporter, the angel Heylel, was cast down into Hell and given control of the demons, who of course can’t stop the angels and really don’t have any power except to torture humans who don’t say their prayers before bed.

Personally, my research interests are more in the interwar period between the original rebellion and the lesser known but in my humble opinion more dynamic and influential war with the Dainichi Nyorai, the Buddhist source (who, of course, has no legitimate claim to his throne). But fuck me if the Great Rebellion scholars don’t get all the goddamn funding.

Do I really need to go on? Probably not, cause fuck am I up to my eyeballs in paperwork. I really wish I had more time to practice levitating, but I’m just too damn busy with all this magick. Ohh shit, Sargantas is talking to me right now. He says that he’s the best. Just a fun fact for us I guess. I’m gonna go apply to the Golden Dawn now. Maybe they’ll let me wear a funny hat and make some initiates get me coffee and a sandwich. Inflation sure isn’t helping with these fuckin fees though, let me tell you.

Ohhhhhhhh shit, I think I just received the secret to weightlessness and becoming untethered from the Earth.

I questioned this as well; but then I started to wonder; why sould beings with power to do so much even obey us when we do our rituals?
I see it like an analogy in relation to a dog; no matter how easy it would be for them to just bite us and tear off our arms, some of them just want to serve and they are fine with that

Yahweh, who is an Aeonic god

Yahweh usurped the throne from the true Source?

You have Yahweh all wrong. He is pure evil, an archon who is dead on the inside - I see this because I’m no longer within his dimension aka Prison planet / the Dead World. Fear is his power. He is an enslaver, and according to Lucifer, he is just a mere archon, not a god.

I learned quite a bit about Yahweh through my ancestors and through the dead. But I learned the most from my own observations and direct experiences.

However, I haven’t yet discovered why angels obey him. My best guess is that all archons use magick.

Yahweh is a catalyst for the collective shadow work

That makes more sense and is congruent with my own experiences.