Why demons come to me in my sleep

Want to share your story of communicating with demons. Can someone tell me why this happened. it started after I was in intensive care. When I woke up with a tube in my throat, from the ventilation of the lungs, I heard a voice that told me what to do to make the doctors understand that I had come to myself. And then He appeared as a dark silhouette and was with me in the room and made sure that I was not left without doctors as soon as they left the room, he appeared and began to include all the devices, and the nurse came to the intensive care unit.
Then, two months later, I had a dream that I was in some house, and there the door to the underworld. I have to close it, I look for the key, find and run to close. Closed but there is a window in which I see a tall Demon. It brown-green color, spikes on the shoulders, muscular figure, it’s simply amazing. Is surrounded by 7 demons probably muzzle them piggies. Everyone has guns. One axe, one Mace, and what I have not seen such even. They look at me, very surprised, even with some not understanding, not expected, that I’ll close the door. The demon sighs sadly, and says, - okay, was closed, but we will meet again. Then two months later, I see him standing outside my house. Two months later he was standing in the house, holding out his hands to me, and in them a bright ball. Says it’s you, the gift of clairvoyance. I said I couldn’t take it from the demon because I couldn’t use it for the good of the people. Then he disappeared for six months. Then came again, the same green.

but that’s not all. Then began that the the unimaginable. Other demons began to come.
I’m just using translator to write, think for a long time))

The second was already as people. At first he took the form of people I knew, so I let him. he put a seal on my hand. but I threw it off, and he grabbed me and told me not to move. and put the new. At first I foolishly thought, for luck, in Russian this abbreviation sounds like. And then I tried to pull him in, asking him to tell me who he was. And he showed me his face. Oh, how beautiful he is, and I found that seal, or sigil, as it should be called. And written there was not For good luck, and Asmodeus. At the same time it began to come another, much older, and gray hair. The second I liked for some reason. I knew him from somewhere but couldn’t remember. And young came and spoke, tell, that you my. I couldn’t. She kept asking him to tell me his name. Then I heard him say, " find my seal." There’s a picture of the crown. And then he added - the crown of Beelzebub. And when I read about him this afternoon,and then he told me his name all night. The entire dream repeated Beelzebub…

When you start to do magic this everything is normal… so no stress… you will be hearing,sensing, dreaming about spirits 24/7/365…

So you see, I refused magic. Although my grandmother was doing that always. I didn’t even know such demons existed until they came to me in a dream. Now I was wondering.

They looked like this. asmodeus and Beelzebub. Only Beelzebub without horns was. And the same green eyes 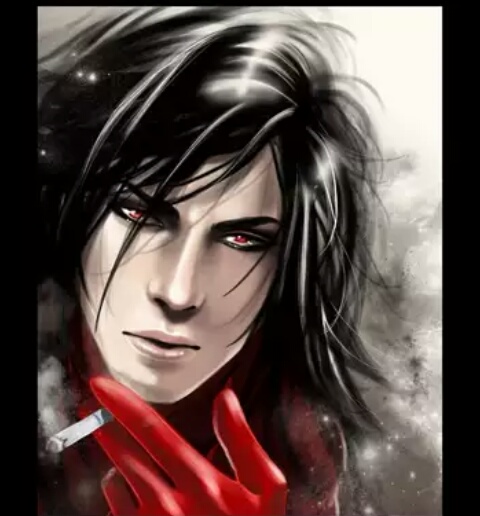 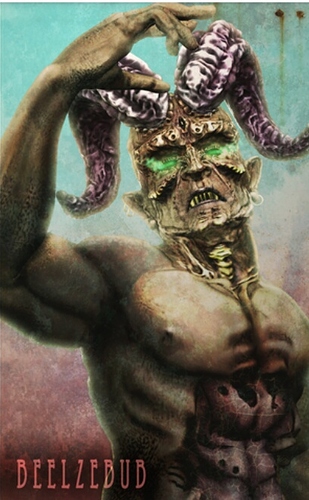 So you see, I refused magic. Although my grandmother was doing that always. I didn’t even know such demons existed until they came to me in a dream. Now I was wondering

So,what do you exactly want Julia ? Contact them,start to magick,or something else ?
Or are you just here for telling fancy stories ?

Says it’s you, the gift of clairvoyance. I said I couldn’t take it from the demon because I couldn’t use it for the good of the people. Then he disappeared for six months. Then came again, the same green.

Yea if it was me I would find that response very rude and probably never contact you again. He gave you a gift and you turned it down judging his nature. Good thing they’re not like us.

well, I wouldn’t say it’s fantastic. I want to know why they come to me. I didn’t summon, and I wasn’t interested in the demon world. I’m just sharing what happened. And maybe find the answer to why they came to me. Now Yes, I am interested in this world. I started studying it.

From my thread: I would like to help the community - give me feedback on what you'd like to read What is evocation: The art of presencing a spirit outside of yourself, in a form which you can either physically or psychically perceive. What types of evocation are there? Grimoire Tradition Evocation which relies on many physical tools and trinket in order to put the magickan in the right state of mind. This method is usually forceful, especially towards demons. This is a method I do not recomm…

You know, living your life, not touching anyone. You heal people, you work light, white magic. And now this. You might be willing to accept the gift, but I wasn’t ready. All the more, that child my was only a few months. And this gift was given to me anyway.
Besides, I didn’t reject the others. They made me feel good.

Yes, I was. I’ll read your subject!

You know, living your life, not touching anyone. You heal people, you work light, white magic. And now this.

If you dont want this- refuse, but consequences might come. This is path of power and darkness not path of healing and lightwork … also i never heard that demons are contacting lightoworkers … demons with which i work hate them, and they love creepying the shit out of them

That’s what I’m saying. Why the sudden interest in me? I can assume that I’m not white, I wanted always to appear

and by the nature of my grandmother’s, one was black, second white. In sense magic engaged in. Apparently, black magic was stronger.

Yea apparently it was …so, you are bloodborn?

Yes. I turned out to be the youngest granddaughter. Yes, and my grandfather told me that called the astral double.

Thats cool, nice to meet you

We are one of the oldest slavic shamanistic family , but we have also chaos mages and some other black magicians there too