Why am I Here?

What exactly were you looking for on the forum, @Purple

I mean to be fair Archaeus is a pokemon…

Then why are you typing still lol?
You do you, that’s fine but your earlier statements made judgements about people and things you do not understand.

I think you are here to realize this.

I was more being a smart arse. But yea Archaelous is a real entity. I just think it’s very misconstrued in this post.

Archaelous is an ancient dead language translation of “Sub-Conscious Mind”. ( I’m not sure where I read that but I remember reading it when researching ancient civilizations for a sociology project. )

I was interested to see where this post went since I do study the sub-conscious a lot, I used to want to be a psychologist and instead went for art history and marketing xD.

I was being an ass too sorry lol

EA also uses that name for his Higher Self.

I’d have been interested in this thread as well but from the start OP’s just been a closed door and almost complaining about wasting time on this forum because his Deity told him too.

If we were having a discussion it would be much more interesting I agree.

Because that marries up with some things I have been finding as well.

It was E.A. in my third eye telling me to be here. I wouldn’t be here otherwise. I’m putting it nicely.

If I started to come forward with what actually took place you all call me mad. It involved taking both his white and black swords into me at the same time.

I turned into a blind black dragon that came out of the sword. I ran through all of the gatekeepers realms taking my eggs with me. All of them came upon me at once and I simply pushed them back.

My huge blind black dragon turned back into a snake guarding her eggs.

Then UTU (azazel) appeared in flashbacks from our time on other Earth when we walked openly. I had left my place among them (fellow siblings gods) to help humans. I was born into a human life. I ended up in a temple taking care of it, teaching children after retiring from a long and fruitful life. I was suppose to die and return home. Upon his returned he found me.

I refuse to die and I hid in his temple as a simple human slave. I had other ways too. He had left the planet and it had been planned my human death would return me into my golden skin one before his return to Earth.

I was still extremely hurt and pissed off. He tried to smooth things over. I returned home in the wrong body, but he didn’t care. I was seated at the head of the human royal tables that was in front of the gods. We weren’t to look upon them. I sat there staring at UTU.

The humans were talking angrily about who the hell I was and why no one was stopping me from staring up at the gods themselves. My chair had remain vacant since my departure, and in front of it was placed a plate of shit. My siblings were laughing and having a grand old time of it.

Someone had grasped my hair and pulled me up by it and rape me on the table. No one bothered to stop him. I remained laying there and heard the death screams has UTU ripped apart his atoms into nothing. I went to the plate of shit and smeared it all over myself. I walked out from there naked head to toe in shit. No one dared to touched me then.

I lefted and didn’t care what ship was leaving and gathered my hidden coins and sailed away. I just wanted to be left alone. 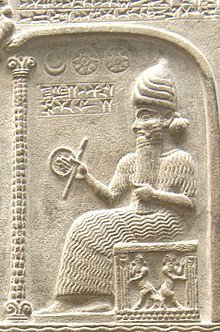 Utu,[a] later worshipped by East Semitic peoples as Shamash,[b] is the ancient Mesopotamian god of the sun, justice, morality, and truth, and the twin brother of the goddess Inanna, the Queen of Heaven. His main temples were in the cities of Sippar and Larsa. He was believed to ride through the heavens in his sun chariot and see all things that happened in the day. He was the enforcer of divine justice and was thought to aid those in distress. According to Sumerian mythology, he helped protect Du...

What you’re describing to me sounds a lot like :
https://consciouslifenews.com/7-surefire-ways-spot-star-child/1176705/

Asides from the ending anyways. When a spirit leaves their realm and joins the human realm they are being born as a new spirit, not an old one. They may have knowledge of their old self but not the power they once had.

Also, yes I am aware of Utu being related to Azazel in terms of origin. I was not aware they were the same but it wouldn’t surprise me.

You’ve chosen to become a new spirit, maybe you should put that energy towards a new world.

If I started to come forward with what actually took place you all call me mad.

Everything you wrote looks pretty normal by this forum standards and I don’t think you’re mad, I had a spirit baby with a demonic King, and many of us on here are doing other weirdness, and have experiences from past lives, or alternate realities and planes.

Do you have any friends?

Because we won’t judge you on here and there are some great people, all different kinds, it’s not like a hivemind where we all think alike or anything.

Why don’t you pop over to this topic

That Moment When 3 and chill out, be a bit social? You may enjoy being able to do that with people who are probably doing stuff that’s just as weird as you. 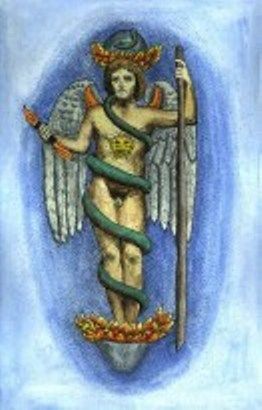 We have to replace our clothing with snakes?

Yes, you are IMO. Everyone who is posting their experiences is adding something, it would be a dull forum if everyone had to be working with the same spirits or having the same kinds of experiences. Your posts are unique and that alone gives other people visible permission to strike out from the crowd, or accept unusual experiences of past lives, alternate realities, etc.

Thank you for that Milady. I feel like I have past freshmen year here.

I’m very agree with you i love your post, but not everyone even has a soul neither are real people, just a few have the divine and inmortal essence the spirit there is a huge diiferent between soul and spirit, mostly the people have soul not spirit. I hate this degenerated humanity as well but is part of the kaliyuga and gonna end soon or later, but i found nice people even if she or he has only a soul,
you are rigth you don’t have to worship some demon and God, if you become one, just respect them, about Demons and Gatekeepers in my opinion, i think many aren’t what they say, alot of them are arcont beings to trick many people and steal energy so you have to be cautious when you make some covenant with an entity, interesting what you say about E.A although i don’t know what means the Lord of the four winds, may you explain me that please. Greetings.