In my opinion, we did, since its a title and various fellas took it.I am not sure if there is a ‘one and true’ Satan.

Not to mention the egregores.

But who are his parents he is the source of all dark power! I tried looking up who created him and I didn’t get any results!!!

Satan is a title, humanity created that title. However, yes it’s in a way “used” in the infernal as a title for humanity to better understand things. Many beings were also slapped with this title as a means of lowering their place due to religion.

other than that there’s also many thoughtforms of satan created by practitioners and people who fear the word.

he is not the source of any dark power, that’s honestly some LHP delusion.

They are %100 human made unlike the fellas who take the title of Satan.

1- There is a title, which is made by humans, and various real deals can be it,

2- Egregores made of thought.

I’m not talking about a title I’m talking about the one and only SATAN, I don’t mean biblically. What I mean is who is SATANS parents.

That’s the thing there isn’t no ONE and ONLY satan. There’s literally NO mention of there being a single satan outside of the LHP. You’re not understanding there is no being named Satan, it has always been a title given to a being. So those who follow satan follow whatever being chooses to answer to the title.

And I am saying, in my opinion, that is a nickname that many of beings use.Nickname is given by humans.

Like, I go by nickname Littleshart, but my real name is not Littleshart.And many people on different places can use this nickname.But as a person this does not exist.

Ok who gave him his nickname? it wasn’t Bible folk because shamans existed before bible folk!! Shamans were opening the third eye and gaining knowledge, so if it’s a nickname then how and why would shamans name him Satan? (A nickname) Did Satan accept that name? or did Satan tell them that his name is Satan?

I dont know man.
@Velenos and @Harith, I would like these twos opinion on this subject.

Satan the ruler of Thaumiel, together with Moloch are rulers of the Qliphot and are 2 of the Gods of Azrat, which are 11. They exist through the aeons but this is very profound and probably the human mind doesn’t understand it

The title satan was given to ybeings by Monotheistic religion demonization of deities, specifically the group of Horned Gods, Set, Nergal, and many others.

Yeah the human mind can be Ridiculously dumb it’s through change, learning, acceptance, transformation and evolution not assuming on everything, integrating new ideas and not labeling everything off of what beliefs and morals say. The word evil spelled backwards is this live.

Satan came from the Hebrew “ha-satan”. It meant literally, “the adversary”. No name was given for this being, and he was only mentioned in the book of Job IIRC. When the Septuagint was written (translated from the Hebrew), the adversary became Satan. Then later, “the adversary” became synonymous with “the accuser”. All of this, including the Serpent in the garden of Eden came to be known as a being called Satan.

It is that being with that name Satan most Christians are referring to. Jews also associate this being with the “Evil Urge”. So he has become a being with the name Satan, not just a title. This is only useful if you plan to work with Satan as a being.

Satan was initially a name that was used as a title for beings who were considered to be adversaries towards humanity (Samael) and God (Lucifer).

Satan honestly wasn’t considered to be his own thing until Christianity and even then that is a bit rocky due to other demons in the bible being synonymous to him as well. 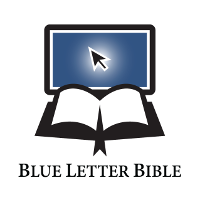 What Are Some of the Different Titles of Satan?

Satan, or the Devil, has been given a number of titles in Scripture. 1. Satan Fifty-two times in Scripture this being is designated as Satan. Now it came

Satan is known as Beelzebul, which means “lord of the flies,” or “lord of dung.”

But when the Pharisees heard it, they said, “It is only by Beelzebul, the ruler of the demons, that this fellow casts out the demons” ([Matthew 12:24])

They have as king over them the angel of the pit; his name in Hebrew is Abaddon, and in Greek he is called Apollyon ([Revelation 9:11])

The idea behind these terms is “destroyer.” Satan has been filled with hatred against God from the beginning, and has attempted to destroy every good thing that God has done.

In Isaiah this creature is called the “day star.” This has the idea of “bearer of light.” This name, translated into Latin, is Lucifer. This was the name of Satan before his fall.

How you are fallen from heaven, O day-star, son of the morning! how you are cut down to the ground, that did lay low the nations! ([Isaiah 14:12])

The Bible isn’t reliable! I am not a Christian and I don’t support the Bible in any way. I don’t understand why you are putting biblical stuff on me. I never intended this to have bible talk in this. This website is not a biblical website which means people shouldn’t use the Bible to quote who Satan is. The Bible doesn’t know who satan is. Just says he’s a bad guy he isn’t a bad guy. so if your a Christian I am not gonna argue with you! I just don’t know why a Christian would be going on this site! Like I said I don’t know if your a Christian but if you are just remember I don’t care about Jesus he hasn’t done anything for me and he is an abomination!

It’s because the concept of Satan is Abrahamic in nature and is where the “name” originated from.