I’ve lurked long enough to know I should post my own content here. While I am open to some aspects of my learning, my brain goes into overdrive with trying to maintain a sense of “normal” while not bankrupting my energy levels.

Though the general feel of the forum is non-judgmental, it will take me sometime to completely open up who I am and what path I have chosen. While there might be choas, there is normally peace I feel within the beating of my heart.

The day I understood karma did not exist for those within the witchy realm, the blood boiled (figureitvly) and a door opened. The ancestors are more than willing to guide - if you’re willing and interested.

It started with this:

I should be sleeping, except I am wide awake. The sun disappeared into the western horizon and I am left to my own thoughts. It’s to late to start a cleaning project and to early to set the record straight with my dreams.

My mind went straight into Disney song overdrive - and I am an adult woman! The spirits are screaming to be prepared spiritually, they will not tell me what for. And then I wondered why I am not allowed to put a love spell out there.

Oh right, they backfire on most people (all the time). And it has to be freewill for someone to be with you - and the right person will accept all the scars. And the weirdest parts of your thinking.

Haha! The one song that came into my mind.
Tommorow will be a good day for a walk!

My mind went straight into Disney song overdrive - and I am an adult woman!

One of my personal heroes, Tuomas Holopainen, is also reaaaaaaally into Disney. Maybe you have heard about him

I think I’ll be reading your journal.

Hopping off the train to check him ouuuuutttttttt.

Hopping off the train to check him ouuuuutttttttt.

The band’s name is Nightwish, that may be more familiar. And in case it’s not, I’ll link you my favorite song, in my favorite version, in my favorite live performence (just listen when she sings the last note, please, it’s pure gold):

For what it’s worth, I second the Nightwish recommendation. They have been my favourite band since waaaaaay back.

They have been my favourite band since waaaaaay back.

I love you. You’re now my fourth favorite person in this forum.

i have heard bands like this before - metal but where the lead singer has an operatic style. yes, the last note was gold.

btw, i about crapped my pants when i saw in my notifications email the “i love you” comments - until i realized you were talking to someone else.

phew, lol! definitely not ready for the “L” word - committed or non-committed.

speaking of music though, since you have shared - i must share something i love. i like a lot of underrated musicians and i am getting antsy to see what the utah music scene has to offer as far as local musicians.

(i relate to this song by Jacob Lee. not to mention, he’s a cutie!!!

because i like to put people out of their comfort zone - baaaaaaaad habit of mine, one last one:

note - if this one ever came to a city near me, i would move heaven and hell to be there.

Awake! If I am completely honest with myself this morning, my mind is calm for the first time in a week. The dust has settled and something has shifted. It’s knowingly going straight down to the depths of darkness - a darkness I am not ready to face.

Because I know two things -

A.) I was led directly to one I knew was Dragon the minute my eyes laid upon his physical form.

B.) My stubbornness will be a direct link to the restoration of an empire ready to explode into a universal commitment.

While I am three dollars short and three days late, - and being a year late to show up to the game, I literally want to ask questions. Nope, in punishment, my voice is removed from my vocal strands.

Instead, I’m in prison and get too look at areas of my life I need to change before I directly reach out. One bad egg among the the darkest of souls - poof, war explodes in words. And I’ve had to be careful, my feelings of hate towards men has been my undoing in my past. Sex Addiction was my down fall and it’s taken work to climb up a steep wall of rocks to reach where I am at.

I keep having to remind myself the words of those who have helped and from the twelve step program - If people are sincerely genuine, they will not get hostile with the word “No”.

So, my tribe is temporarily, all females. They are the sweetest women I have ever met and no judgement of my past. Although, I am getting fat with all the cooking lessons and brownie sundaes. But, it’s good to be around women who want me as their friend and not their puppet.

Men, on the other hand, I’ve dropped like flies. I made a commitment to myself to be kind - but I have run for the past year while trying to heal. While becoming more at peace with my past, the phone numbers have disappeared from my phone.

One by one. And my Dad teared up when I finally told him: You’re a good man, Dad. Mom and your kids were lucky to have you.

When you grow up with a manly-man who shows his emotions openly and freely, you know you’ve had a Father who is a “diamond in the rough”. It’s why I am not allowed to put out a love spell. It has to be genuine, real to it’s core.

Love is a private manner - and most musicians get this. Most artist will agree. But whoooo - do the ancestors speak loud and clear on the ones they like.

i love my little christian people, who are to young and innocent to judge. and who love without any reservation.

yes, yes, little ones, pray for me. i need all the prayers i can get. however, their parents i should dance naked for their unimaginably souls during the next fool moon.

who’s with me? let’s get nekkid!

whoooo - ancestors got me whippin’ my neck trying to make friends. 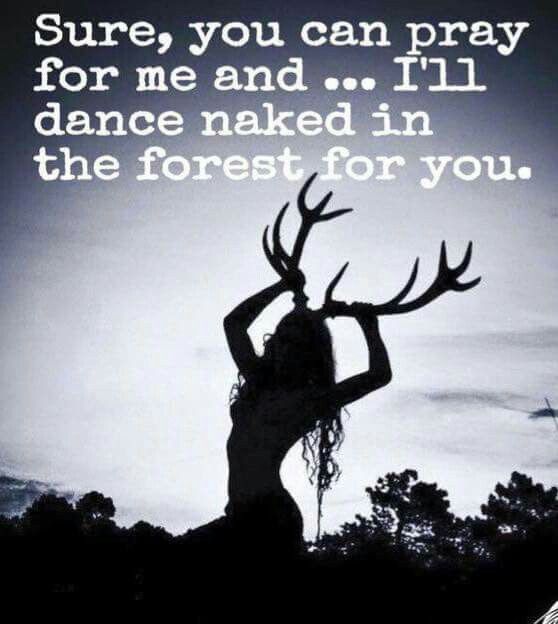 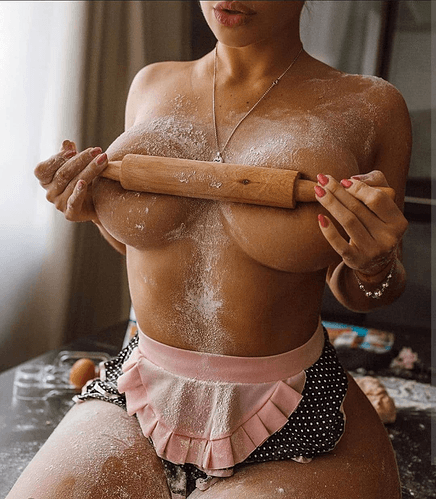 seriously, who has thoughts of settling down with a partner for the rest of their life and has fantasies of greeting their loved one like this?

stops cold in their tracks.

“why don’t you handcuff me to the table. i have been a very, very naughty girl.”

i really need to stop watching reruns of I Love Lucy! see what happens!

dance nekkid in the moonlight with meeeeee.

i promise i will not peek.

i promise i will not peek

Anyway, let’s dance! —> insert one of your cool links

body positivity! it’s not about what you have or how big you are, it’s how well you use the snake charmer.

I know, I don’t have any real issues with my body, I just like my lame jokes. 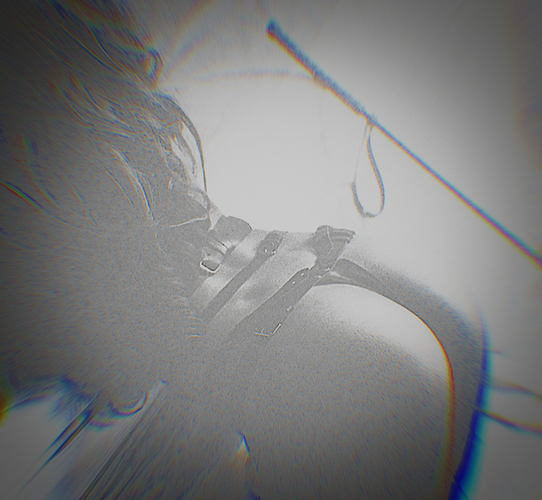 have a good night!

I’ve to take care of… business. In the… business factory!

have fun in heaven.