Would you say then, that the void-abyss is both entropy and an infinite force of “undefined potential energy”?

For example, the concept of everything in the universe holding “all of existence inside it” is something I like. So when I look water, I see an oxygen and two hydrogens. Protons neutrons electrons. Those are defined forces. But the space in between, the void/nothingness, that would be “the abyss” or “the void” which is both absolute 0 (entropy) and infinite “undefined” potential energy.

Do I understand this correctly?

i think i gave more than one answer tho that question.

That’s what i personally understand as “void”.

So when I look water, I see an oxygen and two hydrogens. Protons neutrons electrons. Those are defined forces. But the space in between, the void/nothingness, that would be “the abyss” or “the void” which is both absolute 0 (entropy) and infinite “undefined” potential energy.

'When i look at water,
is see a surface,
and may it reflect,
or not,
i can see a whole lot INTO that water.

Water was one of the original forms of scrying.

But why would i teach anyone on scrying in a water bowl today?

People are way to inpatient for such skills.

Hmm. Alright. As I mentioned before I think The Dreaming and The Void/Abyss are playing pretty much the same role but with different metaphysical map setups. I’m trying to figure out a way if they can both coexist, but I dont think its possible. I was just looking for some extra clarification cuz if void isn’t 0=infinite undefined then it’s simply impossible. Which is fine; it just means I have another way of looking at things. I’ll be thinking about which one works better for me; one of my life goals is to create a personal metaphysical map so I’m looking for other ways of interpreting things. Thanks for explaining what you did tho.

Even if it does mean 0=undefined infinity then theres still a few issues… it gets messy.

I’ll be thinking about which one works better for me

your mind,
can not go where we dwell" - wasn’t that a quote from belial or amymon or something along those lines?=

Yes! Emotions aren’t meant to be logical. But that’s what The Dreaming is too. Kinda. When The Dreaming manifests outside of The Dreaming it manifests as “dreamtime fabric” which is illogical and emotional. But when you go to the Dreaming there is no logic and no emotions. Nothing.
Edit: logic isn’t actually the right word. Consciousness might be better.

However there are Dreaming gods that work from the Dreaming and they are 100% logical.

“Before light came darkness, and before darkness there was the Void.”

The Void is indeed the primordial soup of creation. It is thick darkness.

I was just there. Allowed myself to fall into the darkness of Void and tried to draw it into me to use it in our reality. Saw the thick complete darkness. It was a bit scary since you could not see what was in there, and I have been a bit frightened by the book “The Deplorable word” that says the Void see our physical reality as an abomination and wants to devour it. Also, that book says the Devil, the Dark Mother and other niceties dwell there. Every time I got a bit frightened I redrew from me and I had to chase it, but when I got a taste of it it was yummy. Don’t know if something was protecting me or if it was.

Are the Devil and the Dark Mother from the Void? Spirits, Evocation & Possession

The book The Deplorable word says that the Dark Mother, Choronzon and the Diabolus come from the Void. (do NOT mix up the Void with the Qliphothic realm the Abyss - they are very different animals) In the book Lilith, the three Morrigan aspects and Tiamat are all aspects of the Dark Mother. What is your opinion/feeling/experience? I think many beings/demons/gods/goddesses may not be from here, like for instance Pherishel - a Titan from Titan, that Apollo buried under a mountain to defeat - wh…

I’m still working on this idol, but the cube should already allow you to utilize it as an portal / tesseract.

What is it that makes cube so hot? I crave them. The Hellraiser cube, Borg ships, Tesseracts… 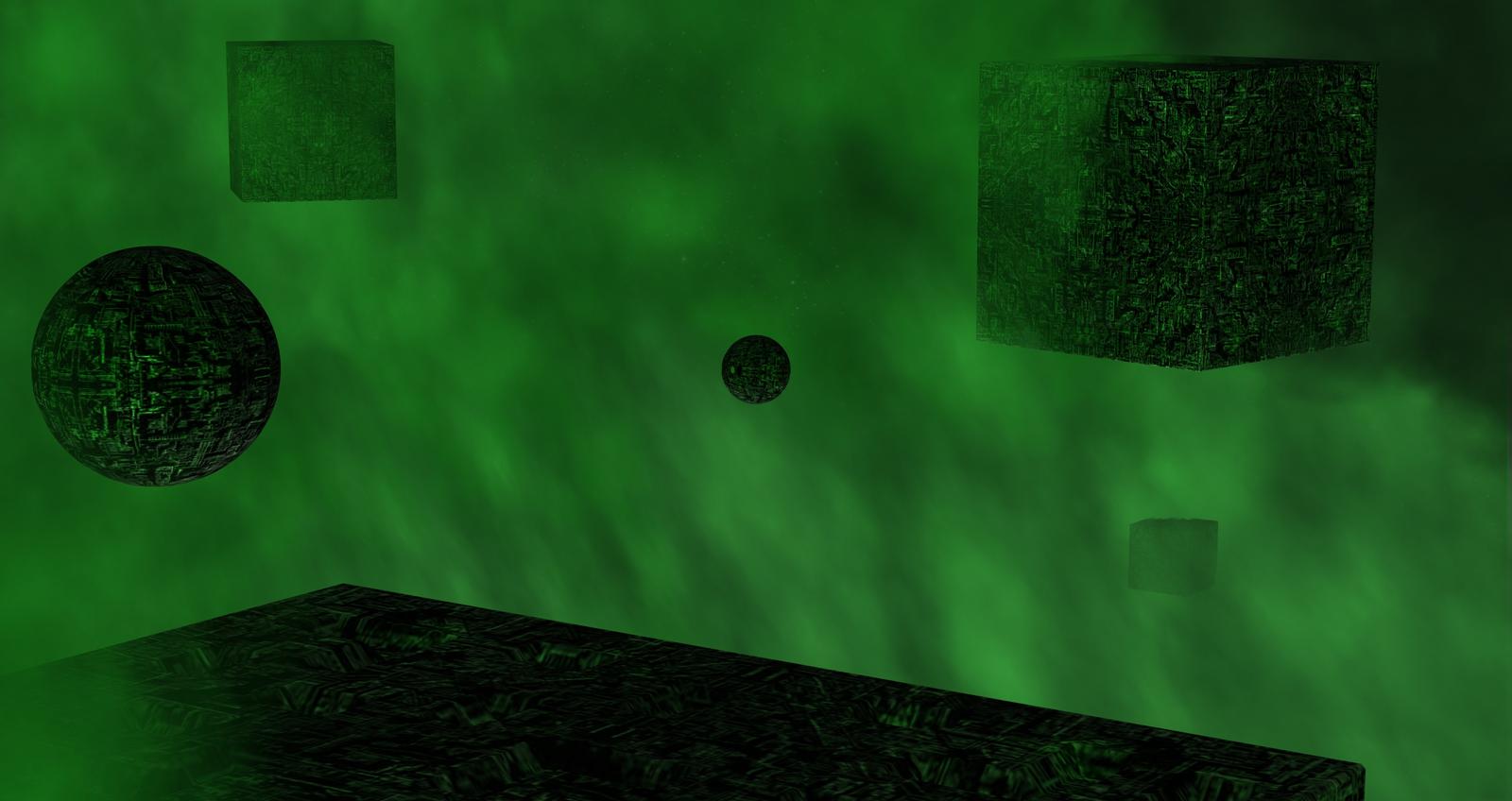 Update on Pherishel and the Black cube of Saturn, please Spirits, Evocation & Possession

Sup! Thought I would bring a little update here myself. Reading through “Lucifuge - the Lord of pacts” I see that in Conner Kendall’s chapter we get to work with THE BLACK CUBE OF SATURN. Lucifuge is connected to Saturn and its moons just as Pherishel is is a god of Saturn’s moon Titan. So it seems they are Both gods/Titans from the Saturnian world. It is very interesting how many so called demons are actually something completely different. I also want to recommend this book, it contains so …

That’s all well and good, but in the creation story for my metaphysics, “colorless” came first, then white (not light as in photon), then black/darkness was created from shadows once “things” were created. White is the be all end all primary color because it emits itself and is the primary masculine that may be split into masculine and feminine; black is not feminine because it is shadow and isn’t absorbent, just a shadow. Believe it or not I actually use black holes to represent an aspect of the Divine Masculine. Represents a god whose name cant remember but it translates to “he who grabs and controls”.

Not tryna argue creation stories, but this is just an example of why Void and The Dreaming wouldn’t work together is all. I have no doubt that both metaphysics work very well though. I’m not even a religious person btw; I just use the setup I do because it works for me.

The void has been seen as pure whiteness or pure darkness depending on who has experienced it. For me it’s always been pure darkness (void of light) while to a friend it has been just whiteness.

White is the be all end all primary color because it emits itself and is the primary masculine that may be split into masculine and feminine;

if you’re sitting in front of a piece of paper.

But not in nature.

the White space i remember as “room zero”,
where basically the architect sit’s and gives form to things arising from the elements present and available.

Yeah I know that, but The Dreaming isn’t exactly “natural”. Its technically the most natural thing there is, but compared to the test of the turtle shell it ain’t natural at all. Totally unworldly. The white and black are more metaphorical anyway; when utilizing dreamtime magick it’s actually not really neccessary to worry about “natural” things and how things work on the rest of the turtle shell. This is because The Dreaming is illogical, emotional, etc, so the “input command” doesn’t have to be logical. Then, it acts as a sort of translator so the “output result” manifests logically. Metaphors that aren’t real in the “natural world” get narrowed down and translated into their most fitting “natural world” equivalent if that makes any sense.

Consequently it also acts as a sort of launchpad that one can use to travel to other worlds, perhaps even worlds that are outside the turtle shell. It can find things/places for you via logical or illogical inputs and translate them into things you can understand as you go there.

A good example would be the color magenta. Technically we dont have the biology to actually “see” the color magenta because magenta has no place on the color spectrum. From that standpoint its not a “real” color, BUT our brains fabricate a color for it because it cant comprehend green in between purple and red. So we get a “fake” or “dreamtime” color. That’s the essence of what The Dreaming does.

well, my sleeptime is reserved for processing evokations and astral travel.

But i think i understood now,
and i’m familiar with the type of practice you speak of.

however, i know it as lucid dreaming.

I suppose, you somehow use the dream state to pre-code reality,
just like we do in ritual and spellwork. 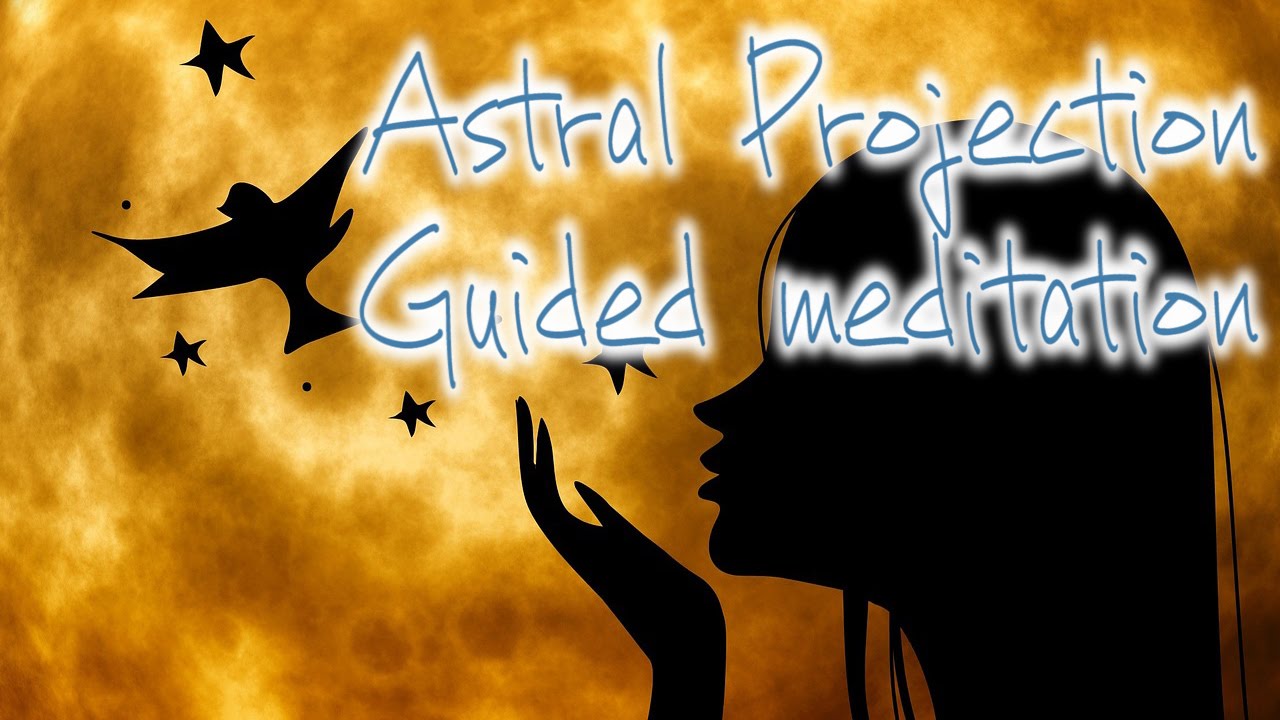 The void is all that isn’t, wasn’t, and never will be. It’s the ultimate form of entropy, but also the primordium from which creation springs forth

somehow it sounds like saying gasoline is fire,
that doesn’t burn, never burned, but could potentially burn.

I think form isn’t inherrent to existance,
it’s being caused by intelligence.

Yeah Lucid Dreaming is heavily connected. But it’s about utilizing the dreamtime; a byproduct of The Dreaming. Even as we are awake we are “dreaming”. We hallucinate reality in our minds based on signals that get interpreted inward, never outward. That’s how dreamtime matrices and energy fields get manifested, building the collective consciousness of all life. The Dreaming itself is the source of this type of interpretation, the ability to “hallucinate reality”.

oh, in evokation you do actively project outwards.

You also do it instinctively when falling,
shortly before you hit the ground,
because it’s a mental blockage coming up as you drop into fight or flight mode.

in that moment,
your subconscious completely overrides your consciousness,
and jumps out.

The Dreaming itself is the source of this type of interpretation, the ability to “hallucinate reality”.

yes, i understand,
but the goal of such hallucination still sounds to me,
like it was limited to an observer view,
which doesn’t allow,
for example swapping bodies and traveling outside of comfort zone.

Sorry,
i don’t know why i still argue here,
i already accepted your viewpoint and i like it.

See, a hallucination is something that is expressed from your mind,
into reality.

if expressed well enough,
others may believe in it aswell,
filling in reality there where otherwise just mere illusion may collapse.

Jumps out or takes control? If I fall and I realize I am falling, it’s because my biological gyroscope realizes the movement and the imbalance. The subconscious/instinct then takes over because it’s faster. Subconscious is the consciousness giving up control over certain things so it can run on autopilot. The subconscious can be programmed and reprogrammed consciously because of this. I wouldn’t say it gets projected outward in the falling scenario but rather takes over.

In regards to evocation, that’s a good counterpoint. But I think its functionally more like a “cosmic mirror” as I like to call it. You project your subconscious and or consciousness outward as a fragmentation. It allows for a separation from the same source, so depending on where one draws the line it could be considered an outward experience rather than inward.

See, a hallucination is something that is expressed from your mind,
into reality.

if expressed well enough,
others may believe in it aswell,
filling in reality there where otherwise just mere illusion may collapse.

This. Props to ya. Dreamtime magick is all about this. Its creating and using things that aren’t “real” but become “solid” enough to say “I may not be real but you’re gonna have to acknowledge my power and existence.”

somehow it sounds like saying gasoline is fire,
that doesn’t burn, never burned, but could potentially burn.

I think form isn’t inherrent to existance,
it’s being caused by intelligence.

Void is a contradiction, it’s the same fundamental force as Creation, but the inversion. It’s like a coin, 2 sides, but still the same metal disk.

the potential is still there,
wether formed or not. 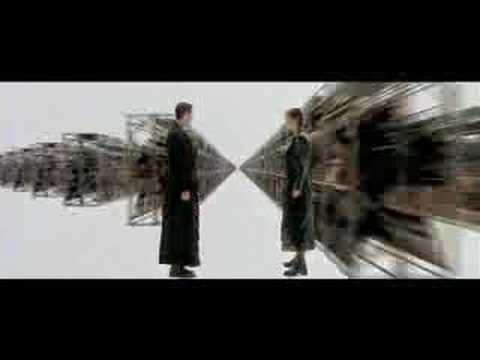 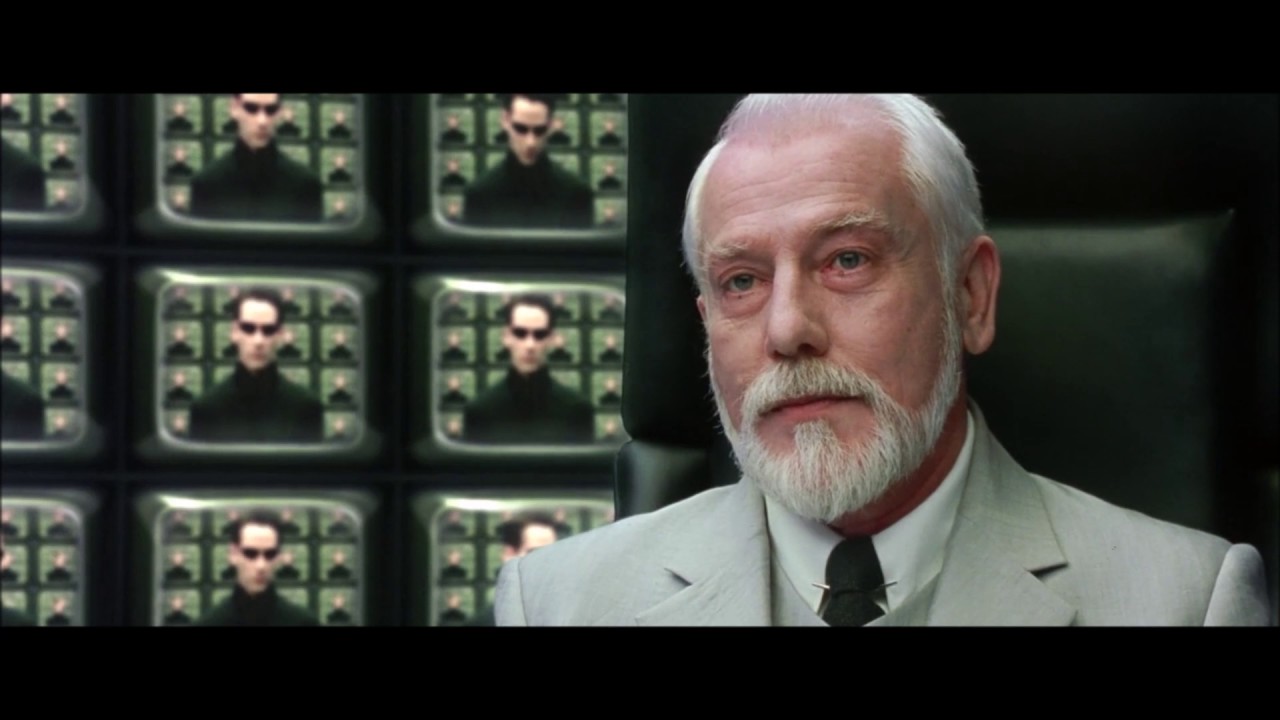 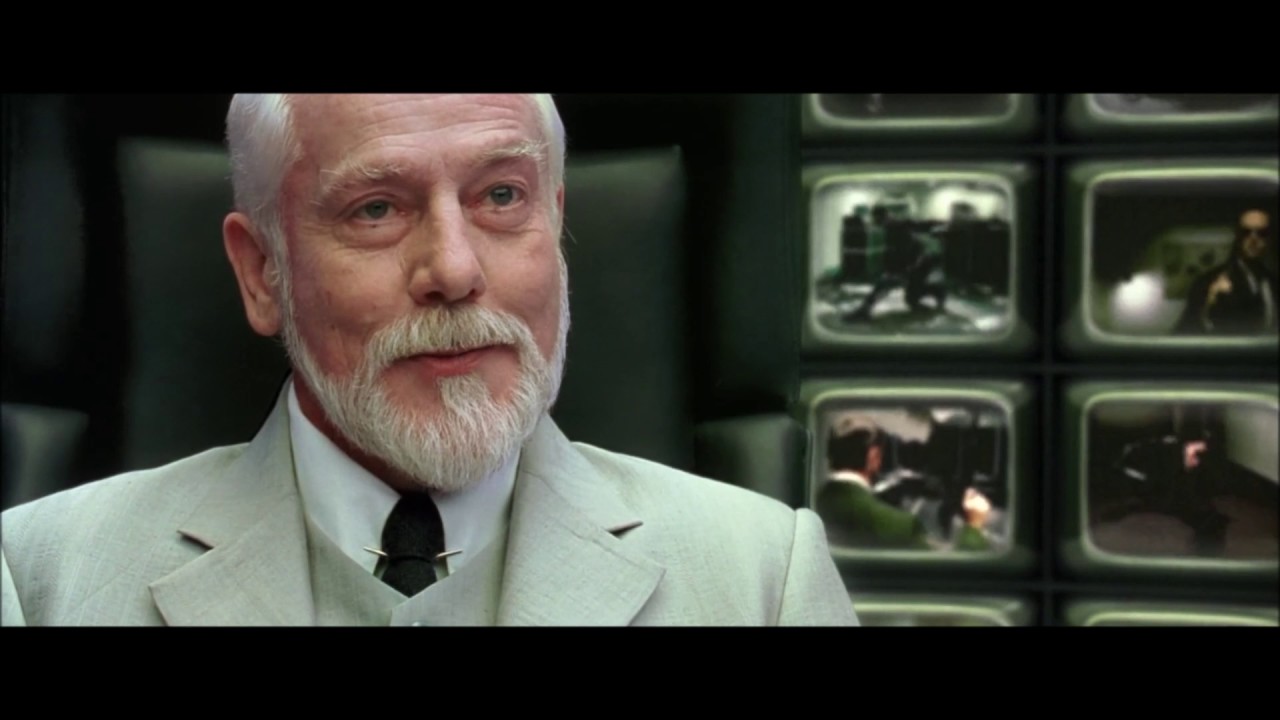 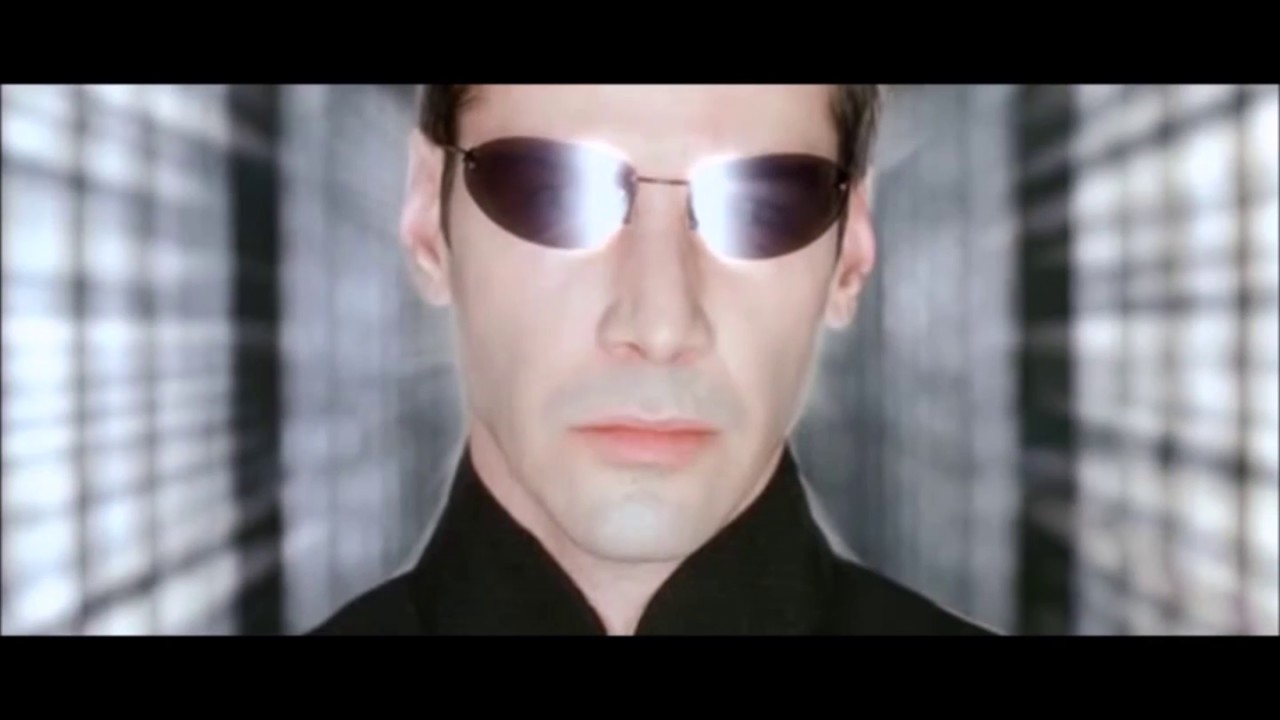 the Room Zero,
the inside of the Tetagrammaton.

Quote: “Beside my sincerest Efforts”. 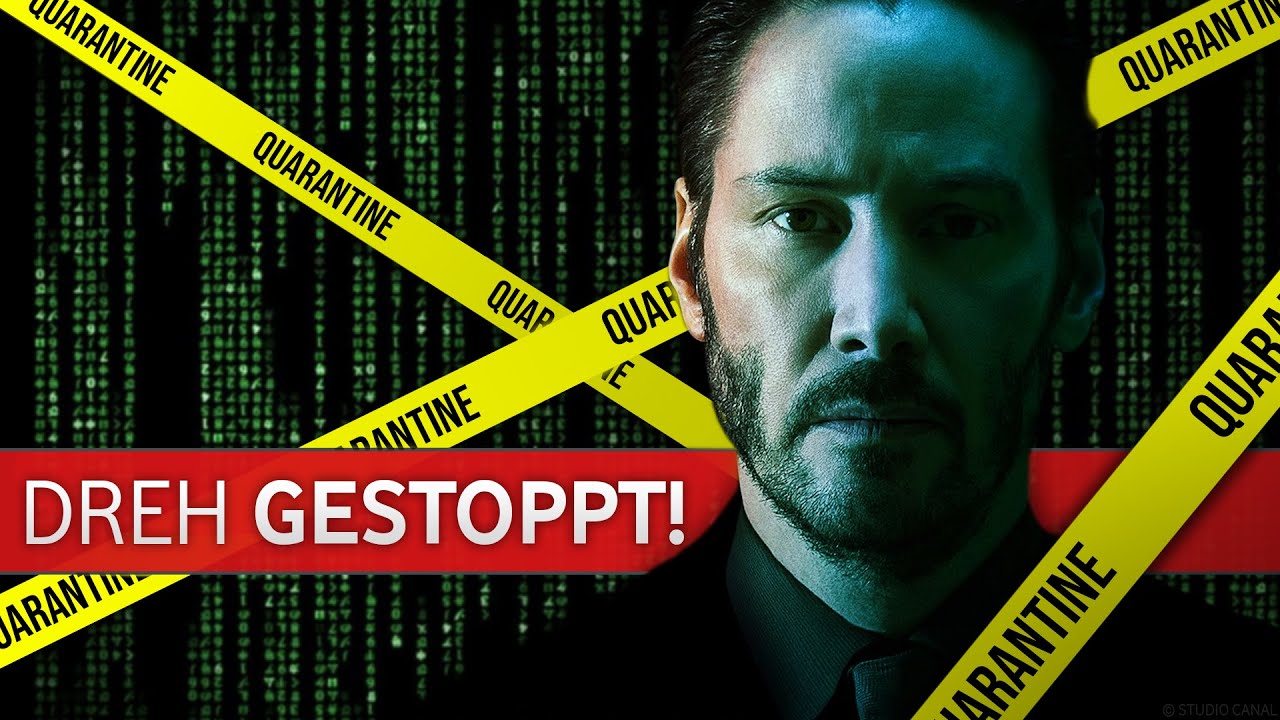