What field do you guys work in? + A little story about my boss XD

So I was curious what field other practitioners work in?

I work at a liquor store and tend to have some interesting stories, one that just happened still has me laughing at the idiocy of it. My bosses are immediate family of each other and as such share the same views on the poor and or homeless (a very negative one) and the story today starts with them calling the cops unnecessarily on yet another homeless person.

I just arrived for my shift and in like 20 minutes, my boss is bitching about this one homeless guy, and he calls the police on him. After hanging up he tells me that he doesn’t feel like waiting for them to arrive, and not only asks me to tell a story with “facts” I can’t verify (I show up and immediately stock and the bosses have shown they have no qualms about lying to police or other authority, so I don’t trust it) and then tells me “if the cops ask tell them you’re [his name]”

I’m doing my best not to laugh in his face, and I tell him, “you know that’s illegal right? You want to leave me your ID too see if I can pass off as you when they ask for it?” He tries to tell me it’s fine, and then we get into talking about what the law actually requires to remove the man from the premises. Which police have explained in depth to his dad (my other boss) and he doesn’t believe me. Regardless I’m not paid enough to even risk a citation for these assholes let alone a misdemeanor XD I said I’d tell the cops the truth I’m not sure what happened I didn’t see anything, and was busy stocking cups.

As he gives up and says “just have them get rid of him” before walking out the door, lo and behold, who arrives? That’s right, the 5-0, only to tell him the same things I just told him even down to the legal parts XD. But an employee knowing what they’re talking about? Nah it must be a coincidence, I’m fucking dying

Anyways what do y’all do for work?
PS if this doesn’t belong feel free to remove or relocate it. Stay blessed guys

I’m a writer. Work from home. I have issues dealing with too many people. Too much noise! There are days when I go out and I end up going to a mall or similar…i just feel like running or just hiding and crying. It’s hard to put into words. The last job I had, where I was actually in an office setting, lasted 2 months…which for me is a record, the head of the company was also an a**hole with seriously bigoted views. Anyhow, I gave him a piece of my mind and walked out.

Id love to be a writer, and hopefully the time will come for that. Until then, JEALOUS! XD

Also it does seem like alot of bigoted fucked up people are in management or higher up positions, and it’s kinda weird. Maybe they just had the extra time to get there idk.

Agree completely with you! It has to do with vibrational energy on this plane. I know it’s a cliche to say “You can be whatever you want to be!” but it’s true nonetheless…Perception is Reality!

@Jerico
Funny story, had me laughing out loud

I myself work in hospitality, a hotel to be more specific. And I have to say, after ten years in I could write a book about all the crazy thing that happened or the most silly things people do and say

I work third shift in a factory. Working third shift alone can bring some very interesting stories, but add a factory to the mix and you get plenty of “wtf just happened!?” Moments

I was working in medical field until a recent accident as me taken out.

Oh the stories the medical field can wield.

I’m also a writer, a Brazilian one, a piano teacher and English tutor, which is my main job so far.
I’m really fond of arts, the occult, psychology and marketing as well

In case anyone wants to come to Brazil, hit me up

I am a transcriptionist which is great for me. I deal with a substantial amount of health issues. There is no employer in this world that would hire me because of my inability to commit to a traditional schedule. I am also a creative writer and one of my favorite things it to dust off words that seem to have fallen to the wayside. Then dust them off and incorporate them into my everyday speech. Such as: 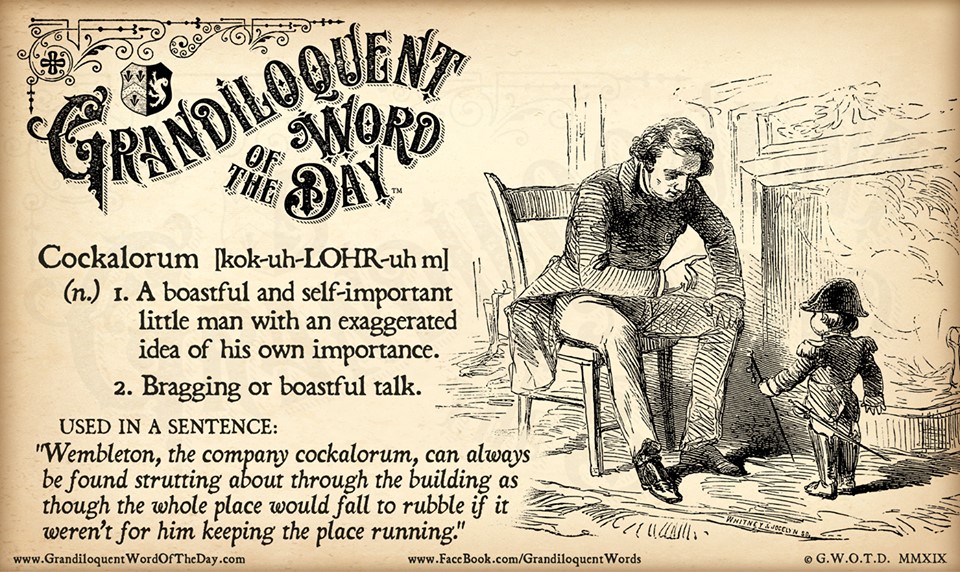 Finally, I make my own jewelry, clothes, and art.

I am a virtual admin assistant, so I can switch who and what companies I work for pretty often. I like the ability to learn more about each industry. Jill of all trades and a master of only a few

That’s pretty amazing, it’s a practice I’ve undertaken as well, collecting words, both in Portuguese and in English, loved this one, cockalorum. I also love memorizing poetry, that’s something I can’t possibly get enough of. Do you use magic in anyway to get gigs as a creative writer?

No I haven’t used magic as of yet. Although that is making certain wheels creak in my head with the possibility of it. I began writing when I was very young. My parents had to be called in several times because of my writing. Mostly because the content was found to be disturbing for my age. It was too blunt and excessively dark according to them.

Words are great. Here is another one. Do you know when a dog or cat stare at you while you are eating? That is called groaking.

Can I use that sarcastically when referring to a person staring at me as if they were a predator? Groaking, such a rare word my phone has corrected it twice, once into growling and once into groaning.

Well, words have also always been my jam, granted, my collocations can get awkward in English given that I’m yet to leave to Brazil and have some true immersion experience, but it comes to my writing in Portuguese, well, let’s say I’ve written a 800 pages novel revolving around angels and demons (nothing alike to the ones we discuss here on the forum, and at the same time, super alike).

I’ve worked with a couple of people who have used magic to boost their business, been them sales business, services, or whatnot, and honestly, it has always worked for them, I’ll start experimenting with this week as well

I install the infrastructure for data networks. Work with fiber optics quite a bit. I see idiocy on a daily basis. I find that there are many educated people that are engineers who do not have any idea how to practically apply to the real world what they learned in school. We spend much time fixing out in the field what has been designed in an office somewhere. Knowledge does no good if it is not applied on a functional level.

That would be an unnerving experience to be sure. I am not the expert here but I don’t see why not. Besmirch is another fun one. Basically it is sullying someone’s name through gossip. These are all of the words I am currently familiarizing and incorporating. Oh, and I like learning latin phrases.

Disquisitive - inquiring, investigative a man with a disquisitive and discerning mind

Apogee - noun the highest point in the development of something; a climax or culmination.

Irrumatio - the body of work of a painter, composer, or author.

Peripatetic - travelling from place to place, in particular working or based in various places for relatively short periods.

Verisimilitude - the appearance of being true or real.

That is really cool to have written something so long

Pseudologia fantástica would work perfectly in Portuguese and thus I’m adopting it for my daily use, thank you very much! You copywrite as well?

I work as a nurse at a small hospice center, where we care for patients over the age of 18. I love my job and I definitely want to stay in this field but it can be emotional challenging at times. I want to become an independent death doula/transition guide/end-of-life coach and provide holistic care when my kids are a little older.

It takes all kinds of people and i admire you for being able to handle that job. I know I couldn’t handle it. But I can say I am not afraid of death. I considered funereal work but the emotional aspect was another no go.

Yeah…this idiocy can happen, lol, right now I am unemployed but working on my music when i can, dont go out much anymore due to my situation, but im trying to improve

I work for a small chemical lab