So for the last few days I’ve been studying about different Goetic entitiesand everything (and my new book arrives tomorrowwwww or today!!!) I was torn between contacting Orobas and Asmodeus and haven’t actually done an evocation for either of them yet. But last night I found Asmodeus Enn on YouTube and laid back and shut my eyes. It definitely stirred something deep inside me. I can’t really describe the feeling.

This is where it gets a bit wonky, I was at the precipice of falling asleep - the point where you’re still aware of all that’s happening around you - and the next thing I know I’m in a third person perspective watching myself and another male witch taunt each other over a fire. It was bizarre because he kept shouting at the representation of me to show his true form. That’s when the version of myself shifted from me to something with red skin, black eyes, small horns, and these incredibly beautiful dark grey angel wings. The entity took flight and once in the sky transformed into this beautiful dragon, my perspective followed him from behind, homeboy took down two F16’s in pursuit, arrived in DC and set the whole city on fire.

Anyway, I don’t really need anything from any of these demons or deities at the moment, once I do the evocation ritual it will be strictly exploratory and to maybe glean some new perspective on certain things. But as of right now, I’m fine.

Would that “dream” be a clear indicator that I should contact him? That maybe he has some clear insight as to who I am as a spiritual being? Where should I go from here?

I’m curious to hear if anyone who has worked with Asmodeus before has had any type of “dragon” experience with him.

I’m curious to hear if anyone who has worked with Asmodeus before has had any type of “dragon” experience with him.

Yes i do associate the imagery of a dragon with him or just a dragon eye. Other animals would be snake and a bull or the bull’s head.
I recently purchased a dragon skull ornament.

He’s a very good teacher if you seek guidance.

Yes, Asmodeus very much so has a draconic aspect to him. He has appeared to me as a great red dragon, within an erupting volcano. He has also appeared as a flaming Dragon’s eye, similar to Sauron in lord of the rings. He also once taught me a method of raising energy in ritual that he called “The Dragon’s Ire”.

I highly recommend him as a teacher.

@Ultraviolet Oooo!!! Pretty! I do love Dragons, they are quite wonderful.

@Otherion Yeah the draconic aspect kind of threw me off because it was not something I came across in passive research about him. Once I was out of the meditation I looked it up and was like “Huh… oh… OH!!!” once the word dragon came up in connection his name via good ol’google.

The Dragon’s Ire sounds interesting… that sounds wonderfully intoxicating. I think I will likely reach out to him since he revealed himself to me last night in a very gentle way. I didn’t feel overwhelmed by that energy, but perhaps it was the psychic equivalent of sending someone a letter being like “hey, when you’re ready I’m here to talk.”

Do you guys have any evocation tips regarding him, faux pas to avoid, preferred offerings, etc? On the forum I did read that he seems partial to red meat, but my climate (I live in the tropics) sort of prohibits me from leaving that on the alter for very long. There are things I’d like to learn… bibliokinesis is one - the ability to absorb knowledge from books by touch.

Anyway! Thank you both so much for your input, it put me at ease knowing that was indeed a confirmed contact.

He likes the finer things in life. Good quality (red) wine, coffee (not the instant type), chocolates (i use Belgian pralines), mints. Pizza at times

You can get creative. Maybe you could offer him a speciality drink from your region? That sounds quite nice actually and won’t go off that quickly in the heat like meat.

So, am I about to have a meeting with myself because it seems like Asmodeus and myself enjoy the same things! HA!

Where I live there are literally dozens of coffee plantations; I was actually gifted a bag of high quality coffee from my former boss… I think I may do that. A good specialty from us would in fact be coffee BUT I can totally jazz that up with some tropical spices like cinnamon and almond milk. I also have frozen red roses that were left over from a bouquet I bought for Lilith a few months ago… (she only wanted 7 rose heads and left me with 5).

I did read he liked pizza and it made me chuckle! Demon after my own heart <3 !

All of those are great suggestions, I appreciate that input!

I think he’d really enjoy that. I’m getting excited for him.

Oh trust me, there is literally nothing on the face of this planet that smells better than freshly roasted coffee.

It is quite an interesting exercise. Although it’s actually a rage meditation. used in cursing primarily. As “Ire” is another word for “wrath”. But it can be used for other things. The idea is that the practice strips away our human veneer, and temporarily unleashes the draconic essence within us. So that we can cast forth our will without any of that pesky human disbelief.

Asmodeus has a very strong presence. Although it is FAR from oppressive. He is also a perfect gentleman, and is very easy to work with. I have some more information about him in my post Asmodeus, Archdemon of Lust, ambition, wrath and personal power

That post is amazing and very helpful. Funnily enough, I had a feeling he didn’t like his own Enn… I’m beginning to wonder if the context of how he revealed himself to me last night was his way of saying “Yes, I’ve been waiting for this moment.”

I didn’t realize sex magick was such a huge thing for Asmodeus. I did do a curse on the Friday the 13th full moon… it involved a lot sexual energy for me to raise the power to completion - I jerked it 3 times in an hour and then made my altar offerings each time. I definitely felt like there was a presence there, watching me bemused and at one point they even joined in the fun. By the third time, I came so hard to my curse working I fucking passed out. I just assumed it was the Dark Lord having his way with me but reading of your thread I may have misidentified… does Asmodeus ever participate in same-sex relations? Is he a close friend or affiliate of Lady Lilith?

SO many questions… I’m super excited to work with this Lord!

Oh trust me, there is literally nothing on the face of this planet that smells better than freshly roasted coffee.

I can private message you the brand I intend on using and I’ll let you know how he feels about it afterward. Would that be alright with you?

I’m in a third person perspective watching myself and another male witch taunt each other over a fire.

Hmmm something similar happened to me today, I had just done a animal movement exercise and some yoga and I was relaxing in the grass listening to music when i went into third person viewing myself and I felt a female spirit come to me and she started walking around, she didnt seem parasitic or anything but I didnt know who it was and I havent worked with female spirits lately.
Weird…

there is literally nothing on the face of this planet that smells better than freshly roasted coffee.

I ordered the following: 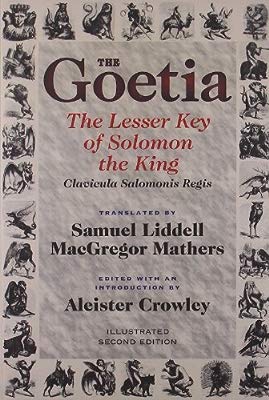 Probably about two-three days prior to me becoming intrigued by Asmodeus and the event that happened last night.

Hmm… Presumably you have a tarot deck? Maybe pull one card on the archetype and then two separate cards for underneath it then one to three more if they seem they have a message for you.

Third person viewing is a strange feeling, especially when you watch yourself transform into a sexy beast with red skin and dark angel wings.

Have to admit, I’d totally have banged myself if I hadn’t transformed into Dragon and went along for a ride bwahaha,

Hmm… Presumably you have a tarot deck?

Not one I can read

especially when you watch yourself transform into a sexy beast with red skin and dark angel wings.

Thats common for me when I walk around with my shoulder back and head held High I usully see myself with horns and some demonic wings amd a tail, sometimes Ill have angelic wings and a halo. Just depends.

Have to admit, I’d totally have banged myself if I hadn’t transformed into Dragon and went along for a ride bwahaha,

I can give you a quick card reading if you’d like, just PM me when you’re ready.