So i don’t know if it has anything to do with magick but if you can bare with me i would like to share my mental situation and tell me what you think.
Ever since i was 14 i get crazy violent if i drink too much, it happens from nowhere and i can’t remember anything after it happens, just blurry images and the feeling like im insane with rage and lust for blood.
The worst time i woke up in the hospital with serious loss of blood my ear almost cut off, cuts in my head and bruises every where.

I was 19 then, after that i stopped drinking and taking any kind of drug for about 5 years fearing i might die if i kept going.

I got back into drinking eventualy in a more responsable way i wanted to think, but then last year it happened again and i ended up hurting people i really care about and making a fool of my self in the process.

I experience anger and hatred to the point it hurts and i can’t allways control it like if there was something that wants to come out of me and just destroy, every thing, my self too.

Stop drinking dude, it’s like you’re saying every time you hit yourself in the face with a hammer, you get hurt and bleed, you stopped then went back to lightly tapping your face, but sooner or later you hit too hard and out come the shards of bone again.

I dumped a load of info on magicians and addictions in this post: Falling into old life patterns and destructive ways. how to overcome this?iu

No-one needs to drink, entire cultures live and die without ever touching a drop, it’s realistic and possible to eliminate something that you no longer want from your life. if you can, get hold of Jason Vale’s book “Kick The Drink… Easily!” to address every argument that will come up in your mind for why keeping the door open is somehow reasonable.

When people drink, it’s normal for their judgement to be impaired and to act completely different than when they’re sober. It looks to me like you’re just a violent drunk. The solution for that is to stop drinking.

I recommend following Lady Eva’s advice. Meanwhile, I’d suggest working with Buer to help clear out your addictions, as He works wonders when it comes to physical healing.

His enn: Erato on ca Buer anon
His sigil: 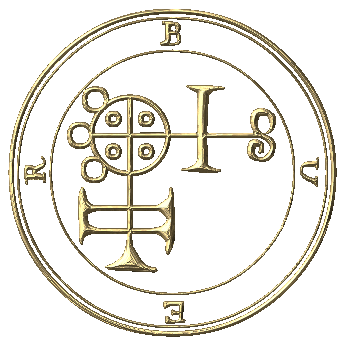 Of course, this doesn’t mean you should rely on spirits to help you with everything. There are people willing to help you, counselors, doctors, nurses, who specialize in this exact thing, who literally get up and go to work just to help people like you. Please, accept the help, and when you feel like you have to talk to someone, talk to them, tell them how you feel. You can even talk to me if you’d like.

Well i did stop, it’s not like i get abstinence from not drinking in fact i rearly do now days because i work so much. I was just curious about why that happened to me when other people just throw up and pass out.

I was just curious about why that happened to me when other people just throw up and pass out.

It brings out extremes, this is why every Friday and Saturday night emergency rooms fill up with drunks who got into fights they’d never in a million years get into sober, why people have drunken sex with strangers and no condoms… IMO you’re not possessed except by your more primal fight-it/fuck-it psyche, which we all have, some people’s is just buried a little deeper.

Alcohol-related violence causes substantial death, injury and health problems. The 2004 Global Burden of Disease project estimated that alcohol-attributable violence accounted for 248,000 deaths annually worldwide [1]. As noted by Bellis and Hughes in this issue [2], the link between alcohol and violence has been recognized as far back as the 4th century BC.
https://www.ncbi.nlm.nih.gov/pmc/articles/PMC3170096/

As your use increased, so did your tolerance, so the locks were still coming off your civilised mind and freeing the beast, while you were less likely to throw up or pass out than someone for whom the same amount of alcohol was overwhelming.

You’re not alone though, and maybe that force within you can find a healthy expression, and help reduce the allure of drinking.