Hi everyone , i recently stumbled across “universal mastery” youtube channel , and it talk about “universe B vampire” , which means feeding from chaos energy which translate to removing chaos around you and pushing white energy into your surrounding which create basically a better life , the concept is interesting but i don’t know any other source , and book ( and i can’t find them ) who talk about it ? do you guys know the subject a little bit better ? what’s you opinion about it ?

video to explain it : 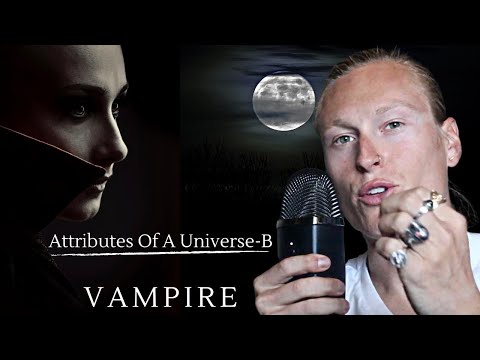 Haven’t heard of it before. Sound like a new concept from these guys.

"Cosmic “vampirism” that isn’t feeding off humans but black holes… I would just call this energy cultivation as has been practiced for over 10,000 years in qigong and yoga, tbh.

Which means, as an energy worker I think this is a valid method of cultivation and worth trying out. I would watch for potential imbalances, as black holes, I would expect, would be very, very yin. So you’d want to watch for not becoming overly yin yourself at the expense of your yang. You need both in balance to function well as a human.
But, as cosmic qi is already the perfect energy source for cultivation, I don’t see this being good as a goto source for general cultivation.

I would try it I was too yang and needed to bring in more yin of this type to balance me. To do that currently, I draw form the Arctic, it’s very cold but also wet, which balances hot and dry very effectively.

The whole “embracing dark energy to die and collapse your soul” is too close to fiction to make much sense practically, to me. It’s the “lich” concept and I think it’s based in the western romanticism of vampirism, not what’s real. But imo death isn’t even a thing. Rot, now, is a thing, but you don’t want rot in your system.

But having a daily energy cultivation practice is hugely important for any human and I can’t recommend it enough. I would recommend learning more about qigong for what’s stood the test of time and and proven to work and make you healthier and live longer, not sick. Feeding off a black hole and nothing else daily for a log time will make you sick, I have no doubt about that.

Ive been saving some money to take the course on his patreon, but things that bother me is if the services give you the ability permanently or not… Since we just sit there and have him augment his astral body so he can paste it to the recipient. (From what i understanding from his video explanation)

from what he was explaining , and as i understood it , the change is permanent and each time he perform it ( the next month ) , it "strenghten the change " but as i said i don’t know any other source who talk about it , and yes i think Qigong too can without a doubt create a strong energy cultivation , yet it is still fascinating , like it comes from where ? which inspiration ? is the kind of question that get stuck in my head when i see this.

This is almost the same thing as what John Kreiter writes with regards to consuming and utilizing “negative” energy, though this guy on the Universal Mastery channel is approaching the process from a kabbalistic (spelling?) framework.

I think you’d find comparing the info from that video to Kreiter’s material quite useful, OP. His book “The Vampire’s Way to Psychic Self-Defense” is kind of the intro/101 version, but his other books “Overcoming the Archon through Alchemy” and “The Magnum Opus” also contain relevant information, if you find the first useful to you.

Thanks, okey i’ll read the 3 books , from i see from the summary it seems to be about absorbing negative energy , the thing is “Universe B vampire” specifically refer to absorb energy from Universe B, the Universe B described from Kenneth Grant , ( Chaos energy ). But yes it depends of how we interpret “chaos” so it makes sense , i’ll check it