So the November/December seasons are obviously family oriented. Sure, for many that’s a good thing. Though for others, it can be a confusing, even turbulent time. I wanted to ask a few questions regarding the subject.

Please do not answer if you feel uncomfortable.

Nice questions
1,2) I like Christmas because people seem to be nicer. Thanksgiving, giving thanks for what you get in life is nice too, but on the other side, not everybody is fortunate and with that i have a problem.
I don’t like obligations. I like being alone. Yes I can have a great time with other but I hate an agenda schedule on that.
I have to go to family for diner at Christmas but I can’t stay (it’s far away) because a bed is to much work

Well then i would love to stay at home

Drop questions if you want. And what are your answers?

I hate Christmas, when i was young a family member ruined my perception of family, trust, love, security.
Since i started a family i make things for my loved ones… i find enjoyment with that.
Just a few years ago i was reminded that family will betray you. I made gifts for them and whispered to them… a lullabye hush stupid one, hush… speak ill of me or mine, and nevermore shall you dine. No one will miss you no one will remember you as you lay rotting in your wooden womb.
Funny i was thinking of Krumpus for this years themed gift and enchanter

@damia2hell, put those bastards aside and see who really loves and cares for you. Those are the people you need in life.

We always have people with wrong intentions in life unfortunately, but shove them aside and keep the good ones. Don’t let them destroy the goodness that’s inside of you. Your own family or friends still need it.

I’m very sorry for what you have been through as a kid. Take care @damia2hell

It’s important when you have family that also finds it important and doesn’t abuse the privilege. I will not betray my own first. Once betrayed, the relationship is only a liability, I just want to walk away. And I have.

I watch and respect the ‘spiral of light’. That is, how the energy can be seen to fold or spiral in on itself, and fold back outwards after the solstice. It’s the solstice that matters to me for this reason. The directional flow of personal energy affects my workings once the light changes, so where I am in the northern hemisphere, it’s already flowing in like an incoming tide.

Love Krampus. But I like all the scary monsters, being one, they resonate with me as brothers.
I am a paid up member of the Order of Krampus (which is an art project but it amuses me to have the patch 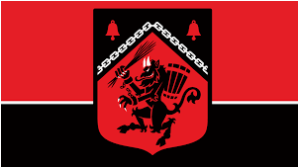 Every season is materialistic in the West right now, so it doesn’t really matter to me.

It’s an important time period because it’s the winter solstice. I think the summer solstice is equally important. The flow of energy can have large effects and as such is worth considering, imo.

@borgy its hard when these people are related and continue to fuck with me and mine. Amducious pointed to a binding for me… i believe i will continue to bind them and if they should continue than i am sure our ancestors shall step aside and allow the Demons to have their way. These people have managed to alienate all of my living family and friends. Thank you for your kind words.

Well I know from experiences. Can you walk away from them @damia2hell and live your own life. I think that’s wat led me to Lucifer. I couldn’t fit in so I walked away. But in a family circumstance it’s difficult. But you could ignore the rest and visit the ones you love.

Small doses of seasonal parties are fine, but all in all I prefer to be alone with my pets and all my spirit family. When I’m at a holiday function, I am there wishing I was alone at home.
The thing I’ve always detested about the holiday season is the b.s. the media and pop culture puts out there about the ‘happy family’ the couples in love together and so on. That is NOT the life that many of us has or wants to have…but those ads on tv and others buying into the whole thing can make even someone like me, who treasures alone time–feel like an odd ball.
As a magical person, anything that comes after Halloween is a let down.

Christmas means nothing to me, thanksgiving is a day to eat good food and it’s paid days off work.

I have an okay family. My relatives are from North Carolina. They’re rather traditional. However, they don’t shame me or attack me for my beliefs. I admit that it makes the relationship awkward. Having autism prevents me from connecting with them. I’m willing to say, though, I have this impulse (call it the devil) to say things to get some shock value out of them. And I have this aunt who likes to tease in a rather obnoxious way. But I know they still care for me. My nuclear family is okay as well. However, I’m one of the lucky ones when it comes to families. I just have cultural barriers to deal with. Some people, including people in my therapy group, deal with actually toxic, abusive, and manipulative family members.

I’ve never been into the idea of family. Family for some means love and safety. To me, it’s been at best something I tolerate most of the time but sometimes has its advantages, and at worst something that drives you crazy and at times gets in the way of your freedom to explore. I’m a person who values that freedom. With friends, you can take them or leave them, but with family, you’re basically stuck. Not to mention, older generations tend to have a hard time accepting things that are new or different. So many of us have dealt with family members who do not understand us or the choices we make. Once again, I lucked out in this aspect, but others don’t.

Not to mention, “Family friendly” usually means boring, bad jokes, sappy, and sacrificing value just to prevent offending those easily offend-able soccer moms or dads. And for some reason, “family friendly” also means “Highly consumerism.” The holidays that are supposedly about “family” are often about objects, objects, objects. Has anyone seen Jim Carrey’s How the Grinch Stole Christmas? The movie’s commentary about the holidays was spot on in my opinion. I’ve often found "Jesus’s (supposed) birthday often involves greed and discontent. I find more jolliness and good will on Halloween, “the devil’s birthday.”

I generally see Halooween/Samhain as the real spiritual holiday. However, its not the dead I celebrate. I actually celebrate the gates between the two worlds opening. I celebrate this phenomenon as a time when the every day norm is momentarily broken. I feel death’s gentle presence in the air. It’s gloomy but excites me and I see that same excitement in others. Most of all, I dream of what I could find beyond those gates? Halloween is a time of hedonistic enjoyment along side spiritual communion. Christmas, though? The family celebrates it. I just go along. I always find some way to make fun of it. My main subject is how the practice of the Christmas tree has a biblical origin in Canaan as to worship their fertility god, Ba’al. In other words, its a phallus. I could be wrong, though. I know there are European Pagan practices too. Though, to be completely honest, I don’t myself celebrate Christmas or Yule. Or at least not with the same fervor as Halloween.

Christianity is very simple. There’s Jesus (and his angels) and then Satan (and his demons). Jesus rewards the faithful. Satan punishes sinners. That’s it. (And I’m not a fan of this system.) It only makes sense that Santa Clause/St. Nick would have a sleugh of holiday monsters traveling with him. The duality between Santa and his monsters, like Krampus, is basically a version of Christ and Satan for kids. Santa rewards good little boys and girls, and Krampus kidnapps bad kids and eats’em. It is important to remember Christianity was a very brutal religion, and still is in some ways. However, the reason why we only see Santa but not Krampus in the US is because Krampus 1. Doesn’t fit into the family friendly image of Christianity, and 2. Isn’t profitable due to being this Satan monster. At least until that horror movie.

I know that Christmas is very Pagan, but to be honest, I don’t care. It’s a very show-offy holiday and you’re expected to hang around relatives that make you feel uncomfortable. I just prefer the spooky cheer of Halloween. So when someone says to me “Merry Christmas”, I just say back “Merry Krampus.”

And fuck, I think I’m gonna be visited by three ghosts this Christmas eve.

Hah, I have the same with Christmas. Good food and beers

I celebrate Christmas with family if I can. I have no problems with any of them, and I think it is particularly important for me to spend time with the munchkins (my nieces and nephews) since I don’t get to see them regularly.

If I can’t make it to see the family for the holidays, then I’ll just call up some friends: 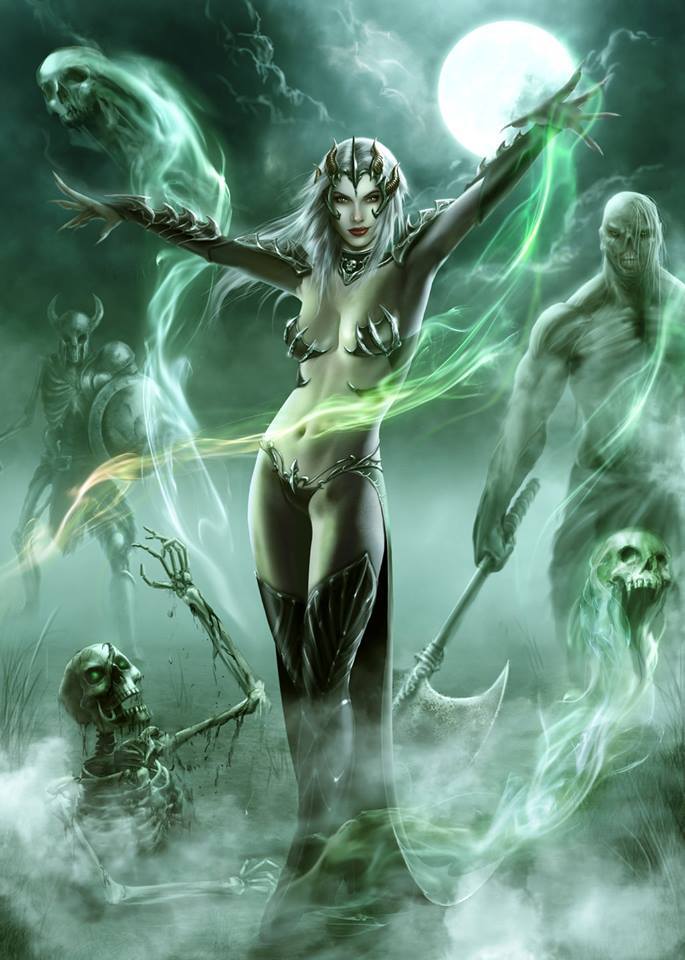