Apparently, many people around the world are having a dream experience of this entity. See the article linked below. What follows is an analysis based upon the work of Emma Wilby in her work “The Visions of Isobel Gowdie” that sought to analyze the phenomenon of witchcraft in 17th Century Morayshire (North East Scotland) in terms of shared dream experience and dark shamanism.

Why everyone around the world is having the same nightmare

Have you seen the Hat Man?

The article accounts for the phenomenon of shared dream experience in terms of sleep paralysis informed by the psychological mechanism of social proofing (spread through social media). Social proof is the psychological tendency of allowing one’s behaviour to be informed and determined by what others around them are doing. An example is the tendency of people to ignore an unconscious beggar lying on the street. Everyone around him walks by, unconcerned for his wellbeing although he might be in dire need of medical attention. They walk by, not because they are uncaring SOBs but because everybody around them is doing the same thing triggering the psyche to believe that this is the normal response in that particular situation. What “they” say and what “they” do is a convenient guide for how to respond in everyday social situations, especially in new social situations with which one is not familiar. (For more on the concept of social proof together with other weapons of influence see “Influence: the psychology of pursuasion” by Robert Caldini.

In her work “The Visions of Isobel Gowdie”, Emma Wilby applies the concept of social proof to 17th century village society in North Eastern Scotland; the time and culture where the witch trials were at their peak. In the close knit circumstances of 17th century Scottish rural life, where the witch trials and their associated diabolical imagery were food for common gossip, it would hardly be surprising if a person dreamed of nocturnal flights to the Witches’ Sabbath, this, in turn would help to incubate similar dream experiences in others, particularly given the emotional intensity and fear generated by witchcraft belief. The dream experience would be reinforced by the accounts of others (social proof) and thus it would not be difficult to imagine a dream cult developing, centred around the idea of the witches’ sabbath and encounters with the Devil; the origin of Isobel’s coven.

In the above article, it is not difficult to see the same interlinked processes of dream paralysis and social proof at work; the experience reinforced by social proof in a way never imaginable before; through the internet in general and social media in particular.

This has particular significance for BALG; has anyone wondered why experiences of Belial, Lucifer and Azazel seem to spike on this forum when EA has released a series of videos about them on Youtube? The brain states in ritual and soul travel(the “theta gamma synch”) mimic the brain states in sleep paralysis quite closely, experiences can easily be shared on this forum (which makes it an ideal environment for social proof). And this of course opens up the age old question; how much of our experiences are genuinely “other wordly” and how much of them are sum experiences of psycho-social and neurological processes? I’m guessing that the truth of our experiences lie somewhere in the interplay between the two.

You’re right, OP! People like putting things together, making connections even where there are none- such good little worker bees! It’s rare for someone to see a thing and not interpret it or not try to connect it to what they know. Do you actually believe people are seeing alien spacecraft when ufos do their thing? Some might seem that way even if you’ve never heard of aliens before. But it’s the experiences that are brushed off or buried deep that are the most interesting, they’re that way because the recorders couldn’t make sense of the event. They go un-logged or deep-logged because the data doesn’t fit into a box they know!

This is why people like Koetting and other mega church pastors get so much attention, it’s because they offer ‘frontiersy’ terms and ideas so people can feel like their experiences fit in a defined model. So ‘Lucifer’, ‘Azazel’, etc. and these other sorts that come around fall into two categories- the ones that actually have the name, and the ones that use it to frame themselves within perspective to not get marginalized.

Even if the names are wrong, they’ll keep using them to keep in contact! People just like being able to talk to each other using names as references, it doesn’t mean they’re accurate. Everybody loves convenience!

The same processes can be seen at work in early Christianity; the trauma of the crucifixion, coupled by the messianic and apocalyptic expectations of the time would have induced powerful dream experiences of Jesus after the event; this coupled with social proof operating among the tight knit community of Jesus’ followers at the time would have reinforced the dream experiences of the “resurrected Christ” and fuelled the intense missionary activity of the early church. The new followers would have had similar dream experiences based upon the descriptions of the missionaries. And that’s how you start a new religion.

How often does that kind of mass hysteria actually happen though? @Warlock

As for the hat man, I experienced it before knowing anything about him. He appeared through a door in my wall while I was in between sleep states, and jumped in my body. It’s said that he commonly shows up in places where there’s dysfunction and abuse. It could even be that the space has a history of that kind of energy while your family is perfectly fine.

Only hat man I know… 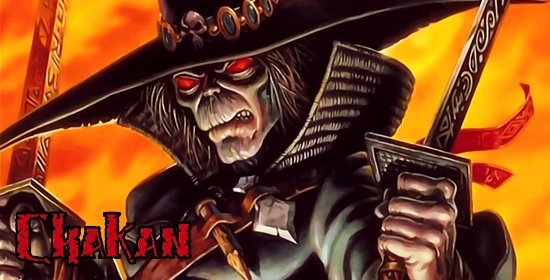 Isn’t Hat Man a creepy pasta? I read about him a while back but forgot, I don’t recall it being anything that I found that interesting.

has anyone wondered why experiences of Belial, Lucifer and Azazel seem to spike on this forum when EA has released a series of videos about them on Youtube?

Not really, because it’s E.A. forum. It’s open to all but it’s clearly stated to be complement to his site and all his main authors have their own permanent categories. People looking for the occult find his YT channel, watch his videos, which advertises this forum, and it seems reasonable they’d experiment with the current ideas and discuss that work here.

And this of course opens up the age old question; how much of our experiences are genuinely “other wordly” and how much of them are sum experiences of psycho-social and neurological processes?

You mean, “Are we all mad and just normalising our madness in our little echo chamber”?
I don’t think so.

Maybe some. But I don’t think having a consensus of opinion, developed via verified gnosis, in itself is an issue and in fact is a useful tool to help new people get going. Personally, it’s why I pretty much ignore the advice to ‘learn as much about the spirit before contacting’ in terms of reading old dogma. I am aware of this phenomenon and I don’t like it affecting me, it think it can be helpful I just like doing my own thing and sometimes it’s not my style or I disagree with some aspect of the consensus.

After that, once you get into it there’s a quick departure from the same-old, same-old to unique experience.

I was led here by Azazel and my initial contact with him was not black magik or even LHP - it was via a lightworker group who had no name for the entity - they channel “The Group” and a bunch of entities take turns speaking but won’t give names as they say who they are isn’t the point, only our self-empowerment and ascension is. The values, attitudes, energy and methods all match my lone experience as part of a very differently minded group, and my UPD has been confirmed here. That means this info is not confined to this forum at all. I also recognise two other entities from The Group who are Azazel’s Nethers, which I take to be verification for me of EAs gnosis on them - same energy, same info on what their roles are, overlapping but not contradictory info on how to work with them.

I also find, that across traditions the same skills and techniques exist with different names for them. The way I talk people think I’ve been a black mage for years… no, I’ve been into it for 3 months (and I’m old and armed with nothing but a screwdriver and overconfidence). I have been a qigong, shamanic and lightwork practitioner for decades, and the skills are 100% transferable, despite using very different language and attitudes. It’s all the same stuff underneath. 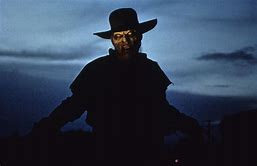 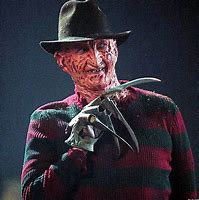 Perhaps this is also explainable in terms of sleep paralysis. It has been quite well documented that there are “stock images” that the brain uses in hallucinatory experiences; insects and spiders or other creepy crawlies crawling up walls and ceiling are one such case in point. My own grandmother, who was in a hospice before she died and dosed up on morphine, swore that there were frogs crawling on the ceiling. Perhaps the hat man imagery during sleep paralysis is an externalised hallucination of the trauma suffered by victims of abuse.

Personally, it’s why I pretty much ignore the advice to ‘learn as much about the spirit before contacting’ in terms of reading old dogma.

EA’s pretty big on preparatory emersion in his Evocation course; it’s kind of like the initial contact / psychic link with the entity to be evoked. In fact there was a recent video about it r.e his work with Azazel.

It seems a pretty important aspect of not just evocation, but occult work more generally; Rudolph Steiner, while emphasising the importance of one’s own exploration into the the spiritual world also emphasises that it’s important to have pre existing concepts with which those experiences can be translatable; hence a fluency with his own system (Anthroposophy). This relates to the Green Language of the alchemists. This is echoed in Matin Heidegger’s concept of the “Hermeneutic Circle”; in order for new “truths” to be uncovered, one has to have a pre-understanding; a kind of cognitive frame of reference in which the new information can be translatable. Thus all knowledge is already tinged with pre-existing assumptions and prejudices. If he is correct, even if you are not consciously investing in preparatory emersion, your sub-conscious most certainly is.

Did you see my post on the Hatman, where he is actually in the photo taken of me, it’s hard decipher him unless you enlarge the photo and look at it from a distance. Many of my friends can see him but others’ may not. The subject is called “Real Hatman Photo”