The Definitive Masterclass Of How To Be A #1 LOSER 💀

That LOSER moment when you think you did the Masterclass, but you haven’t yet cracked this lesson for peeps: that the person you love the most, so, whose values, personality, and overall vibe, you MOST adore, MOST want to spend your life with - has rejected you.

I think I need to somehow craft the “Why Your Ex Was RIGHT To Reject You, But Why You Have To Hate (And Obsess About) Them Anyway” segment.

Typical scumbag online eh, create only HALF a counsel of despair.

You are my new spirit animal

Knowing that they are the snakes that ,instead of inviting you to their home when you sought refuge in them, they actually were the ones to infect you with their virus,but i guess people are not all the same and you must go through that experience to grow up.

I believe your masterclass can be effective if performed with earnestness.

So this is what i’m missing out in my search for nirvana!!! No wonder my life feel soooo empty. Thanks for helping me find the missing piece.

@nightWizard1 You need to make a proper introduction, it’s a rule on this forum. Please go here:

Holy shit!!! It actually fucking worked this cured all forms of mental illness I’ve had all my miserable life you’re incredible like 1…2…3… waaalaaa MAGIC

Holy shit!!! It actually fucking worked this cured all forms of mental illness I’ve had all my miserable life you’re incredible like 1…2…3… waaalaaa MAGIC

Keep going, don’t forget to really resent me, and count the ways in which I’ve done shit you don’t like.

Mental arguments need to last until at least 4am, and remember you start your daily 6 hours meditation at 4.30am, so no slacking!

I love you you magical disney princess bitch

bump it is hilarious

This is pure gold. @Lady_Eva, you singlehandedly summed up everything wrong with people on an individual level, and pointed out all the ease of which we fall into poisonous mindsets that ruin our potential.

I wish I had seen this when you originally posted it instead of when it was bumped by the person above me.

I highly commend Lady Eva’s advice, but maybe becoming an Emo should have been added. Satanic Emos! 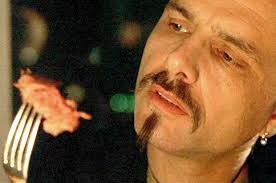 inb4 people think this post is political. It isn’t and I don’t think I crossed the line here. Even Lady Eva dropped redpills about big pharma in the op to get her point across. I just shared some of the things that I and many others feel like they’re up against.

The more you go down the rabbit hole the more you realize everyone is your enemy. We’re all fighting for survival and trying to grab our own piece of the pie. The quicker you understand this the better off you will be. All you have is yourself and your own vision of happiness.

When you’re up against the likes of white genocide, woke culture, the nuclear family being destroyed, traditional roles being phased out, the msm and everyone around you agent smithing it because they got their daily dose of blue pills it’s kind of hard not to feel isolated or depressed when you’re being forced into a box you’re not meant to fit in because you’re guilty of “wrong-think.”

I understand the sentiment of your post Lady Eva and I do agree with you but given how things are going in this world it’s much easier to be fake. Some people don’t want to be a martyr but they can’t be fake either so they suffer the consequences regardless. Maybe one of the things you should’ve covered in the op was to never reveal who you really are to most people because the people you’re up against use your personal life and any kind of juicy information they can get ahold of as ammo against you. Sometimes they just make it up when they have nothing on you. Also friends gossip so they’re a liability too. The world we live in is much like the dark ages because the people guilty of “wrong think” are being persecuted like the witches were and forced to conform to societies new set of golden rules.

I also think a lot of people who realize what I’m getting at struggle with the idea that they are truly alone in their journey. Some people are made for this and others aren’t. There isn’t a remedy that works for everyone who wakes up Lady Eva and maybe some of these people that are feeling down in the dumps are that way because they’re enlightened.

Also friends gossip so they’re a liability too. The world we live in is much like the dark ages because the people guilty of “wrong think” are being persecuted like the witches were and forced to conform to societies new set of golden rules.

Meh I’m totally fucked because I’m a taurus too.

I dont understand what the goal of this is supposed to be? =/

“I , still have my virginity”

Can i have it?

I’m going to put my Mcsmile on and get totally pumped about wage slaving it till the day I die. Plus I’m going to focus on finding a woman whose wife material. This means she isn’t a single mom, doesn’t have a high body count or suffers from Vietnam flashbacks of Chad (who she won’t shut up about) backhanding her because I hate dating women with pair bonding issues. Maybe if I really think positively about things one day I can get out of debt and start aquiring some wealth. It sucks that I’d have to be old to enjoy such a thing.

I’m just kidding. Everything is going fantastic. The system is rigged against us. So I’m not part of it. I’d rather make my own way separate of the system than be a slave or bootlicker.