The Dark Gods I discovered - Sigils 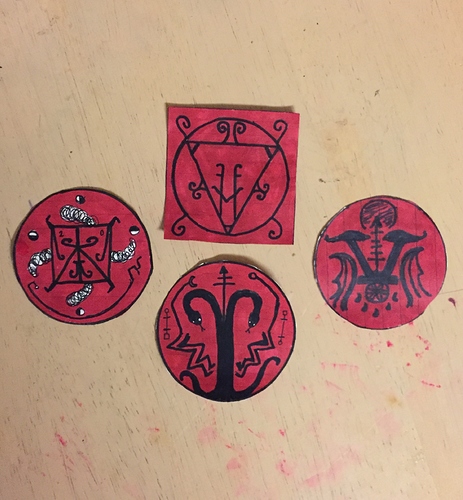 These are the spirits and my experiences with them.

( my experience with this being ).

I was astral projecting after getting strange urges like some physical and spiritual force was pulling me.

I followed the pulling sensation and enter a realm of what my astral guide told me to be a world of chaos, a place separate from creation.

Once I enter the gate to this world I met a ram horned like man with decayed and burnt skin, wearing a shadow-like cloak, with a gaze that pierced my very being.

I asked where am I, his words were simple " no where, but somewhere between nothing and something ".

We communed and he gave me his name and told me how he was a gatekeeper of some sort.

He agreed for me to call him in ritual evocation, the reason being he has never met " my species ".

So I gained his symbol summoned him and went through the spirits that I needed to work with to gain a understanding of their hierarchy and agenda.

( my experience with dakan ).

After gaining Dakan’s sigil and how to call this fiend, I summoned him forth not expecting what would later occur.

After normal connection and communication began, he stopped answering my questions and would begin echoing a insidious laughter.

That made me enter a frenzy, where a trance of Insanity and phenomena occurred.

The laugh started off telepathically, then as echoes in the room and later on instead of them being whispered to my ears.

I heard the laughter within my ear drums causing critical pain.

I banished him, the night after skanash explained he was a intimidating force and he was testing me.

So I digressed onto the next spirit.

( my experience with this being ).

Yondor was very unusual he spoke in a hissing sinister tone, with each word sending shivers down my spine.

He showed me intense visions, it was as if his hissing tone took me into a serpent like energy and relayed to me images which I wouldn’t described.

This entity has a deadly but calm attributes, as it was as if I was speaking to the serpents within him, instead of his own consciousness.

I started to doubt that these beings, were original at all or was all this a thought form, created out of my desire for something different.

I can now honestly and truthfully say, these are not In the slightest thought forms, these beings are so advanced and older than most beings I have ever encountered.

This is fascinating, but there are four sigils and only three stories

who is the fourth? Also, what order are the sigils in?

Dakan sounds like my kind of being, actually. I think I would like to meet it. Dakan seems to understand the battle of wills that happens before any weapons are drawn, and I think it taught you a valuable lesson with the laughter.

It indeed did haha his sigil is this one. 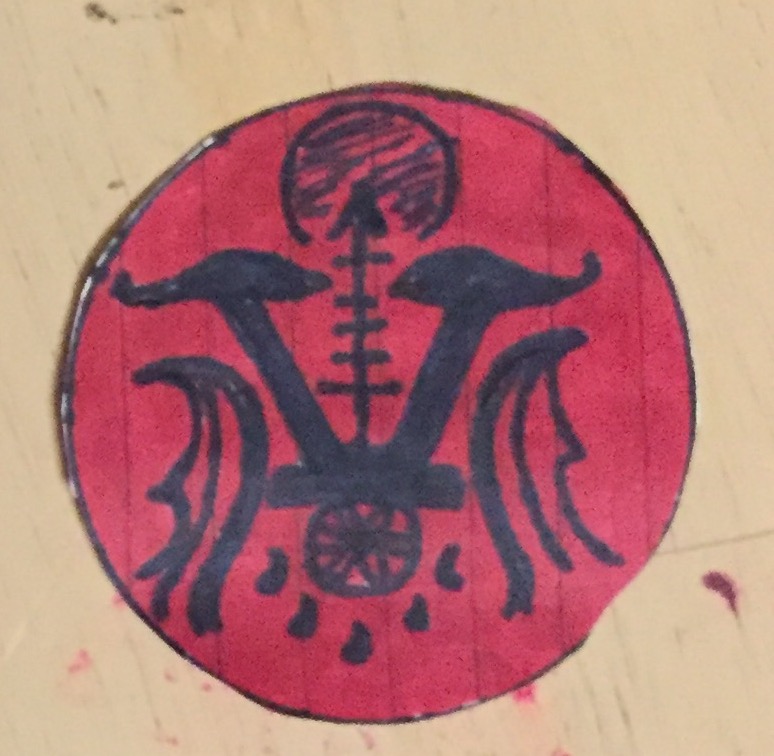 I found the other one i’ll edit it now

His name is necro

So where the hell did they come from and who or what paradigm are they tied too ? They certainly aren’t demons or they aren’t like nyaralahotep or however you spell his name and his kind and they definitely don’t seem to be a type of angel

They’re obviously entities beyond our knowledge. Never before seen.

Sounds great. I’ll be the first to buy it

Hmm, interesting. When I started reading this, everything seemed normal. It all changed when you started to describe Spanish. When you talked about his eyes and his appearance, I got shivers, And, I could have sworn I have seen him in one of my strange dreams.

Loving your posts each time man~ Yondor seems extremely familiar to me because in One of my shamanic travels I encountered a serpent with the exact same attributes plus it healed my bone problems and damages from osteoporosis. Good job man, keep this up~

Thank you for posting this info. It is really interesting. Can you please indicate which sigil is for which demon? You said which one belongs to Dakan (thank you) but I do not see an indication as to the other three sigils. Thanks.

Skanash is the top one the left one is necro, the middle is yondor and Dakan is the one on the right

Some time has passed since you discovered these beings. Did you work/talk with any of them for these 8 days?

Thank you for the clarification on the sigils. I am going to call on one of them soon. I am happy you are still working with them and they are teaching and helping you! That is awesome! I would love to read about your experiences with this new info!

I’m following all your posts and learning a lot … And I’m looking forward to new information on these new entities, magic tools and your book!

Do you have any more information about Necro?