The Consummation of My Relationship, by Azazel and Lilith

I would like to document a recent experience I have had in association to my patron spirit, Azazel, my human partner, and Lilith. (My focus on the material world has kept me largely from engaging in this forum, and my rituals have been private and I have dedicated myself to small meditations and banishing rites from here to there. I was accepted into my dream school with the help of King Paimon and Azazel, and having to study abroad have had to nurture a long-term relationship with my current human partner.)

As a preface, we are both in our early twenties and my partner and I have only recently engaged in a relationship, having been only acquainted in high school in our early teen years. Other than that we have had minimal interaction through our years of schooling together. However I suppose having made some sort of impression on each other we decided to reconnect, just as I was to leave the state for school. We then found we had strong feelings for each other and entered into said relationship.

Other than having quite strong chemistry and a strong foundation, I only somewhat alluded to my beliefs from time to time, as I generally never made them too apparent in my relationships. He was aware of them anyway and was supportive. He was raised Muslim and also occasionally prayed but never dabbled in magic or witchcraft, according to him knowing little about it.

One day we were brought to the topic of our beliefs and I was recounting some of my personal experiences. He then mentioned that he had several extenuating experiences of “a spirit who visited him to have sex in his dreams”, and I concluded that it must have been a succubus. Still, he described the figure as female, and being seven to eight feet tall.

After that I prescribed him to the BALG forum and a link to one of my journals detailing my first experiences meeting/evoking Azazel. He seemed to take an interest in the forum and found a link to this 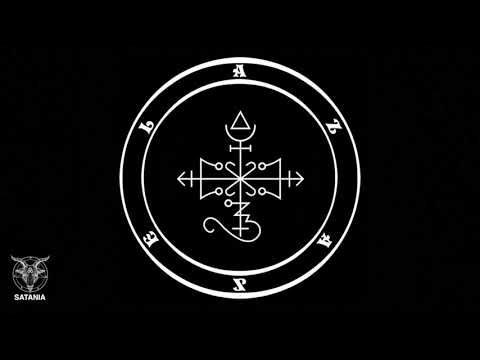 And said that it had somehow been automatically saved to his watchlist but never had any recollection of saving it. It was then I knew something else was occurring.

My partner then suddenly brought up the topic of sex magic out of nowhere and seemed curious to know more about it. I confessed I don’t know much about the topic, but I do have a large archive of books that I keep on my computer to draw from. I pulled up my files and what came up first was Adamu: Luciferian Tantra and Sex Magic by Michael W. Ford. I had shelved this and hadn’t really thought to look at it until that moment.

This was when I scrolled through the pdf and stopped at page 140: “Communion of Darkness: Ritual of Seething.” I read through and found:

"Prepare the Skull Bowl or Sacred Bowl of Adamu, fill it with both sperm and blood of the moon, mix it with jasmine and those herbs which bring gnosis…Pour now the contents into the Vessel of Az, which shall be envisioned as the Circle of Az… In the night of the sacred offering with your partner, seek by sleeping – way to join in union with each other. Do it so in Her name, and use the Elixir to invigorate the Vessel at Dawn, to make an offering to Lilith and Her Mate, who is Azazel, who comes forth by the Light of the Sun.

At that moment we both knew that we had to do this ritual.

I decided to meditate and connect with Azazel privately, as I usually did when significant life changes are taking place. What he said was something along the lines of" “This man is part of your entourage…you must nurture this relationship as though you were a gardener tending to a rose”. Then showed me an image of a rose blossoming.

I reconvened the next morning with my partner who decided to evoke Azazel that night of his own accord. We relayed our experiences to each other and discovered the similarities in our evocations: My boyfriend had apparently heard voices and been shown images of a black rose garden, thorns covering the two of us as we lay in the meadow…
I did have my doubts at first, but as we sat that morning speaking on the phone, my overhead lamp went out, one, two, three times, and we both felt the presence of something powerful in that room immediately… it was not quite Azazel, I believe, but something else.

My partner had a very troubled childhood and teenagerhood, so he recounted that when he was younger he would call out to the void asking for help, and then came a protective/parental presence that guided him through those years of trauma. I believe he concluded, then, that it was Azazel who had been that guiding and paternal presence throughout his life.

I do believe there is something that we both have asked for in our lives that has brought us to this moment. My partner, though only a new magician, has such an in-depth understanding of it already that trance-states come naturally to him, and he can speak to spirits clearly through evocation, as though these were things he had already inherently known (considering me quite impressed of course, and very pleased!)

I will continue to update on this situation leading to the consummation of our partnership come December.

4 Likes
My experience with Spirit Marriage