This is just my little journal where I want to keep pictures and notes about my collections of teacups and tiaras. It’s cool if no one checks it out. But it will be for me to document and make notes and special facts about my teacups and tiaras, and yes they are magickal. As some of my tiaras are rewards for each gate of the Necronomicon that I walk. Some are sent to me through Lucifuge and other Beings and some I just wanted.

My teacups are used for tea readings too. So it’s all magick to me!!

Oh I am so following this. I love both of these things. We need to get together when there is a plague anymore.

I call this first one the Queen’s crown it was the first one I ever bought. And I think its beautiful. 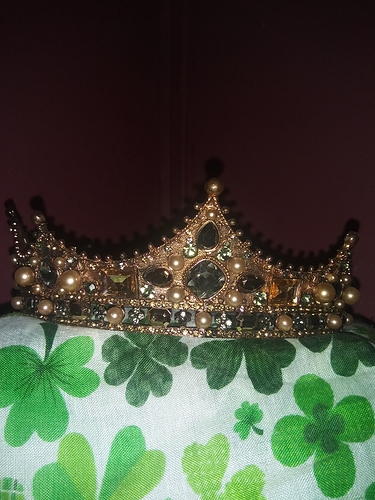 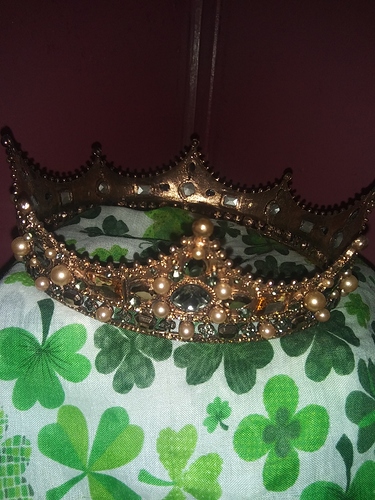 These are the rings that i like to go with it. 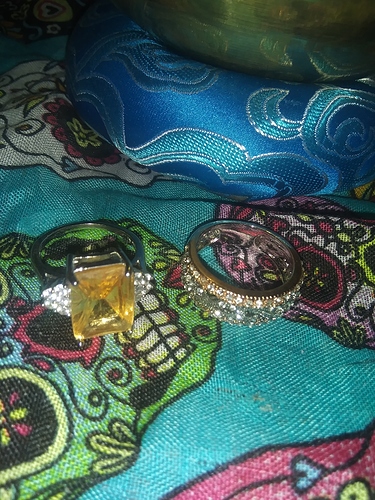 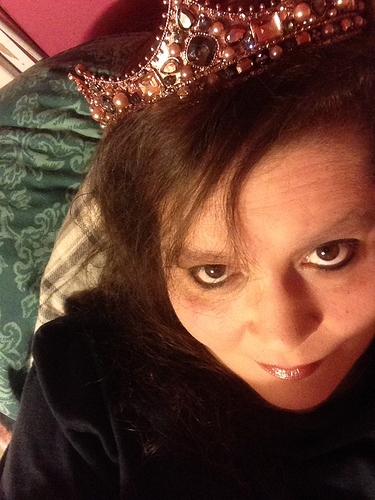 We totally should i had hoped to go down when my son went to Disney back in April but unfortunately that didnt happen.

I know I was look forward to it too. I was so meeting you guys there.

We will have to plan a trip when everything calms down. And it isnt so dang hot!

Maybe in the fall.

This is one of my all time favorites sent to me by Lucifuge after accomplishing alot of hard work. 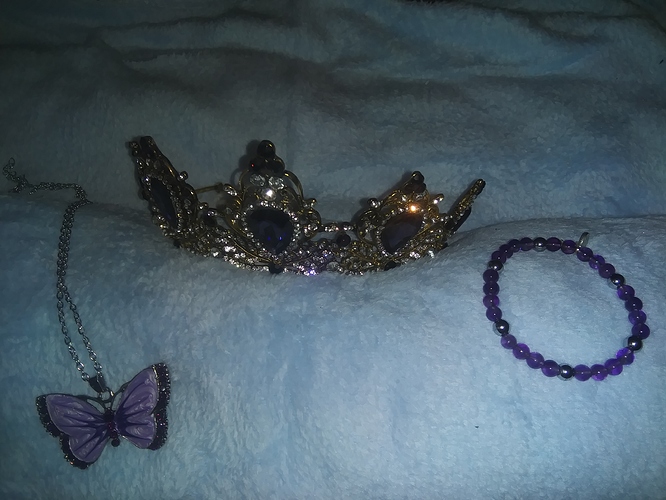 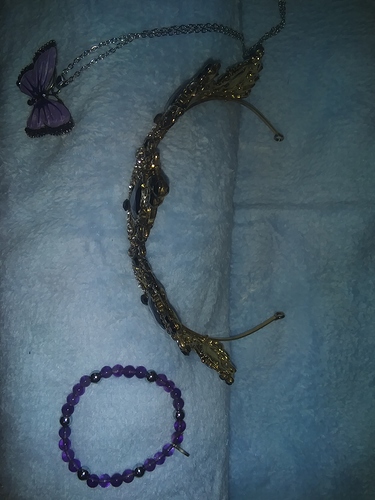 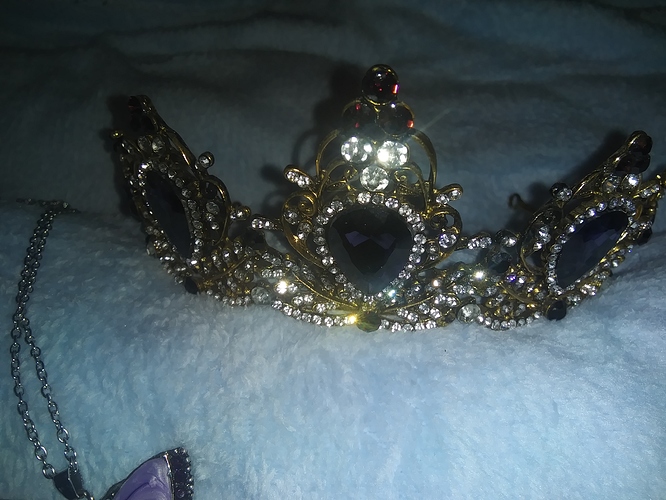 The butterfly necklace I fell in love with and thought it would go great with the tiara.
The amythist bracelet was sent to me by Set.

It all goes well so I put the three together for a set. 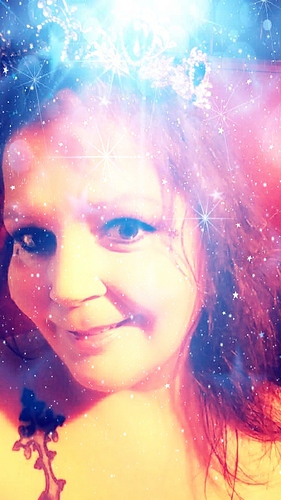 I fondly refer to this tiara as the Lucifuge tiara so I guess thats its name.

This is the first tea cup I got. I totally love! It looks so occultish and its my colors black and gold ! 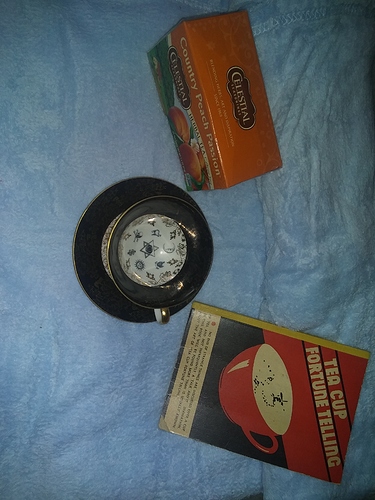 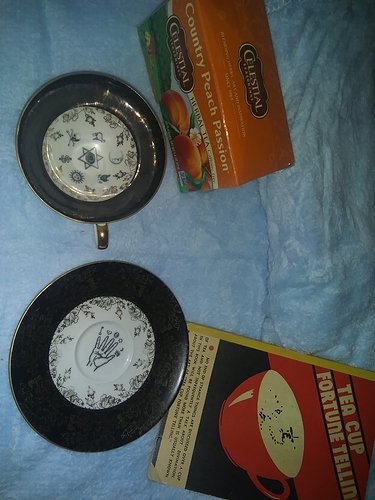 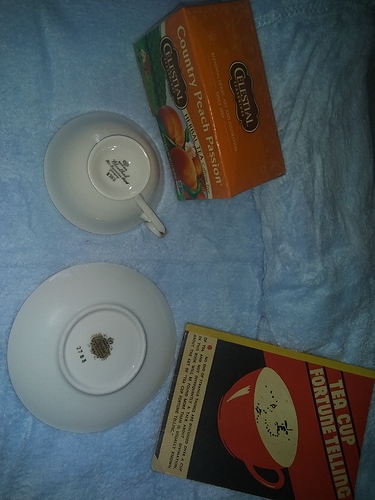 This is the Cinderalla teacup. It was a birthday gift from one of my daughters.

Of course its Cinderella so you have to have the Princess Tiara and a ring to go with it. 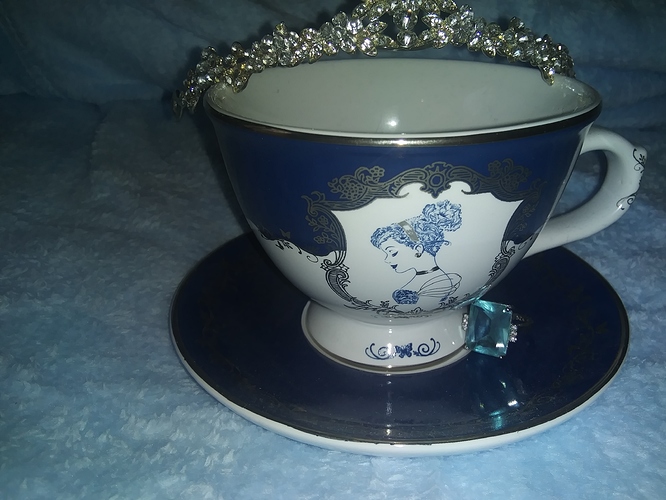 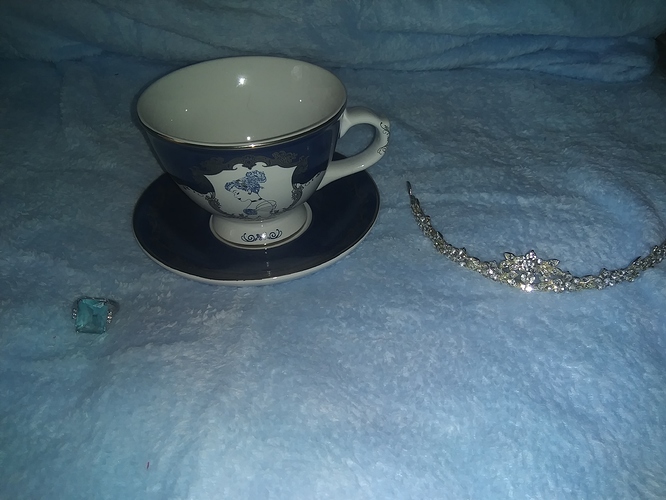 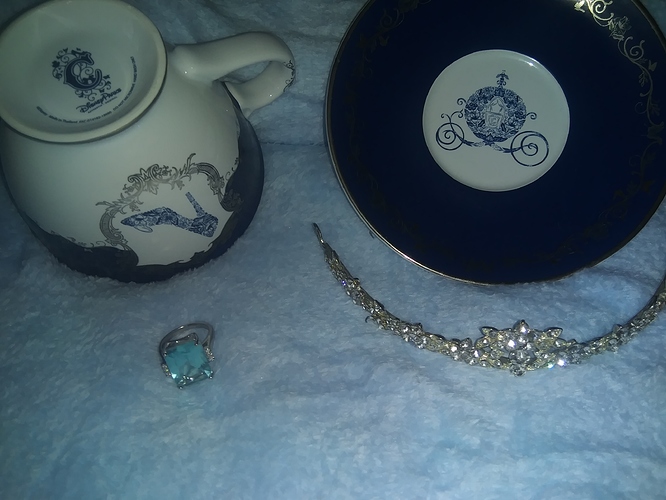 Shout out to my sweet daughter for giving me such a magickal birthday present!

You have received some beautiful gifts for your hard work…awesome job. Love this concept…magickal teacups and tiaras, very enchanting

Thank you so much!! I’ve worked so hard to earn my crowns

and the teacups started when I bought the first one. My daughter added to it and then it just grew.

I have plenty more to show

I’m just getting warmed up. I have 17 tiaras and two on the way. Plus, I’m gonna have one custom made when I can decide how I want it to look. I already have stones to set in it.

I love this one!!

You are welcome. Look forward to sering your collection. Do you wear a certain Tiara when you invoke or evoke a spirit associated with it?

An idea would be to get some of the spirit’s you work with, you could maybe get their sigils carved into some of the stones as well as your own personal sigil…just a thought

Where do you get these from?

I generally don’t were them to evoke or invoke because some of them are heavy.
But I do on occasions. It depends on what I’m doing. I’ve worn the Lucifuge one before during a magical working and one that I call the Enki tiara because he told me to claim it and I consider it a gift from him. Also, I like that one its very simple yet elegant and not too heavy. I also generally keep that one on my altar with my treasure chest.

It is a good idea about the sigils though. And I think I may look into it. Especially, for the one I want custome made.

Thanks for giving me the ideas!

Just depends I order them from different places but wish mostly

thats why I’m wanting one custom made. I want one that’s totally original and all mine. I already have rubies, sapphires and emeralds to have set in it. I just can’t seem to pick a design …

The teacups, I found the first one on etsy. I think my daughter ordered the Cinderella one from Amazon. But I could be wrong.

This is my beloved Enki Tiara

This was the first one I accepted. Though , it made its way to me physically after the Queen’s Crown. 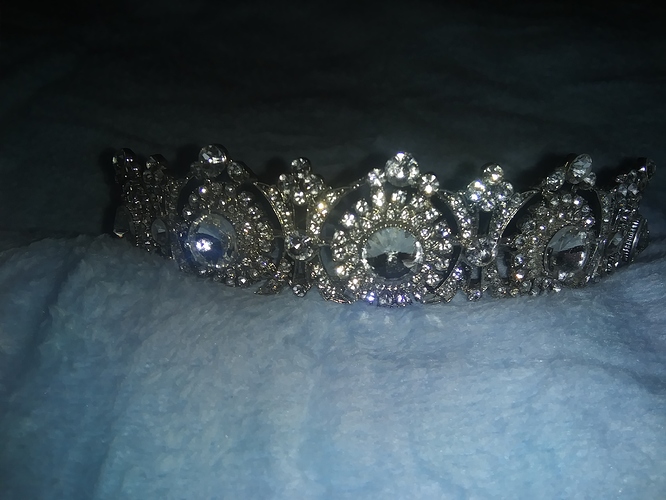 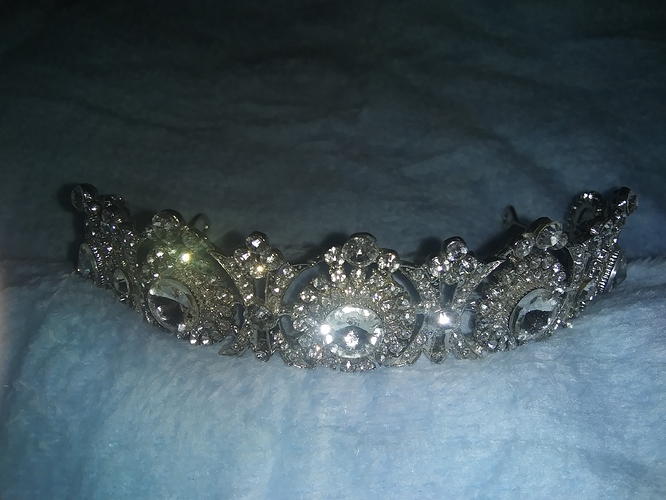 It generally stays here with my treasure chest on my altar. 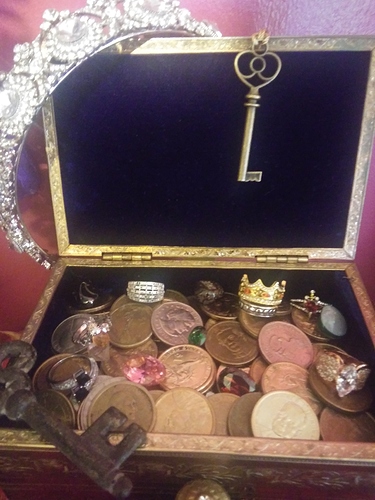