But what you said is true

If someone threatens you in here, report them and don’t panic. Most serious magicians would never blindly attack you for no reason.

Yes, please report any threatening PMs, it’s a core part of the member-moderation process that stops us needing a heavy-handed surveillance culture on here.

PMs are not visible to mods and if someone’s sending one member abusive or threatening PMs, you can bet they’re doing it to others, some of whom may find it harder to handle for some reason, so please do your part as a steward of this community and flag the PM, there is zero tolerance for threats (obviously physical, but also, any implication that unwanted magickal consequences will follow for you as well).

And I’m not fucking scared of anyone, nor do I kiss anyone’s ass, so if anyone tries to imply otherwise, they’re just bullshitting you. Threats on here are like a magick ticket to a ban, it’s that simple.

If someone is just bugging you for info or free spellwork, politely tell them you don’t wish to continue the PM, people in desperate need sometimes come across as selfish but we all look like we’re sitting enjoying a banquet of various powers, and if that person feels they’re legitimately starving, turning them away politely should save everyone a lot of upset. Most of us here have probably been desperate in some way and been equally self-centred at that time, it’s natural.

If they persist, flag the PM and I’ll try to sort it out fairly so everypone’s as happy as possible.

And I’m not fucking scared of anyone 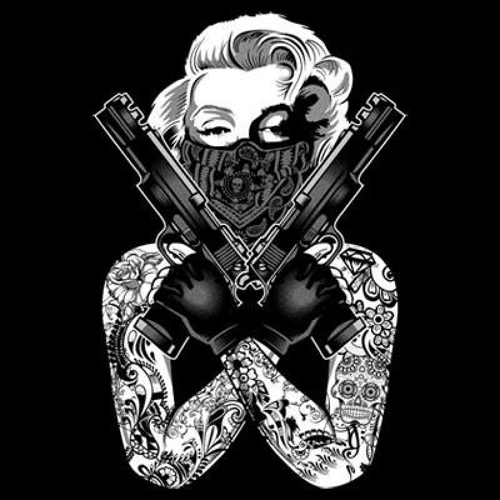 @Lady_Eva. you are my hero

Funny you should say this. I got threatened yesterday with “soul death”, a challenge I accepted but he backed down

Once again, use flags, please… they may do that to someone who has just suffered some (completely unrelated) misfortune and that innocent person could spiral to a very dark place thinking the two are linked.

Threats have never been tolerated on here, not even back in the more wild-west days of 2014 before there was any real ruleset or moderation, Timothy came on himself and immediately banned a member who was threatening others. No wiggle room.

If we were to consider that the “fanfic” is not appropriate content, then we need a “magic” police to clarify what is fake and what isn’t.

This is the issue, and it’s more or less impossible to draw the line - mute what you get annoyed by folks, flag anything that causes concern, use the Something Else flag and message me to take a look.

Usually a friendly chat sorts out most problems, but you need to be willing to let me know, because if I see a topic that looks a bit larpy or weird, I’m not going to just draw on my own opinions, I need to know if it’s bothering others, and then I will explain any action taken (or not taken) so at least you know ehere you stand with regards to forum rules.

There will always be things on here you as a member disagree with or think are fantastic, but that’s just the nature of any magick forum, so a bit of leeway is expected, and is granted to you in return, to post without fear of being mocked because your own work or experiences don’t fit someone else’s narrow-minded concept.

That’s exactly it. Reality policing in some official capacity is a slippery slope. So it’s up to individuals to learn to exercise discernment. I have my own metric for determining what ideas are useful and which ones tend to lead people into fantasy land.

The metric that i use is somewhat binary. Does it contribute to a tangible result or does it not. If not, then I will disregard it outright. When that cannot be answered with some degree of clarity then I am going to look on it with suspicion. This is something that I apply to my own stuff too.

For any beginner reading this and wondering how to recognise a larp, read this to begin with:

As my work is becoming more known in general, I now tend to get a lot more correspondence than I used to, and the incoming tides of emails highlights to me a major issue that is developing on the h…

This makes weeding out the bullshit a good IDEA in principle that would be a nightmare to actually do without someone (Most likely Eva) getting to decide what is and isn’t true among a myriad of paths that none of us know in their entirety. And I think if someone got the the right to decide what is and isn’t legit, and based on that censor what can be said, I would personally have to leave the forum.

Just going back to:

Threats are against the rules, trolling is, cursing… eh, I don’t think anyone can moderate what magick people do provided they are discreet, however if someone tells another member they will curse that person (or their loved ones etc) or implies any magick will be done against them, that’s just a threat, it gets the usual solution:

Full ruleset specific to this forum (not just the boilerplate stuff in the T&C’s that comes with the forum software):

Lol this was pretty good

@Lady_Eva. you are my hero

agreed. Also worth noting that such fantasies drive away newcomers or gives them the wrong idea about what to expect from magick. I remembered reading all those stories where people acted as if they were some sort of “chosen one” and wondered if i was doing something wrong.

I remembered reading all those stories where people acted as if they were some sort of “chosen one” and wondered if i was doing something wrong.

Just going back to:

Threats are against the rules, trolling is, cursing… eh, I don’t think anyone can moderate what magick people do provided they are discreet, however if someone tells another member they will curse that person (or their loved ones etc) or implies any magick will be done against them, that’s just a threat, it gets the usual solution:

I know, I always read the rules before engaging in activity.

I was just cracking a joke that some people lack the common sense of knowing rules and directives that should be easy to figure out on its own.

agreed. Also worth noting that such fantasies drive away newcomers or gives them the wrong idea about what to expect from magick. I remembered reading all those stories where people acted as if they were some sort of “chosen one” and wondered if i was doing something wrong

Imo problems of self value, self confidence and self-esteem (specially if they affect the way you practise magic) are something that need to be dealt with individually.

I usually take more time and care on drawings but wanted to get this in quickly. I actually do draw more than stick figures occasionally.

Getting the BALG rules tattooed

I know, I always read the rules before engaging in activity.

Have I finally found the only other person on the planet who reads the full instructions before embarking on flatpack furniture, and gets it done properly and with a minimum of aggravation?

Back on topic, to be fair, I join forums and don’t usually read all their rules first, it’s normal behaviour, you just figure you’re there with honest intent and to post on topic, not spam etc., you probably lurked a bit to see what the forum was like and think you know the score, so there’s no point in me or anyone else getting too upset if someone’s obviously not read the rules and is just being innocently enthusiastic, if they have good intentions they’re always happy to adjust course when requested.

Hey that is a good idea wtf

I agree with you. But when you’re a begginer you don’t really know what to expect… So when you see a story about someone who thinks they’re a mystical overlord you may get the wrong idea about what you’re dealing with.

That’s something I could get behind lol

The one we have (or so I’ve been told) would get jealous and attempt to destroy us. causing a nuclear apocalypse