"Spirit of the dead" Type entity pays me a visit

So tonight i managed to make contact with a specific entity that has been haunting me for a while now.

Ever since i started doing magic altogether like, 14 years ago, I’ve been getting this wired dreams of me going into a dungeon/tomb space where i would be met by this ghost like entity that had a vibe of a spirit of the dead.

It did not seem a human dead spirit but just that, an entity that carried the vibe of a haunted cemetery with him.

Tonight after i did a demonic rebirth ritual where i allowed my deepest darkness to surface and break through my human nature, this entity came back and tried to take me for an out of body experience. But it was weird because this entity tried to come at me only after i entered its tomb again and placed like “power stone” type crystals in his tomb.

So after i went into his tomb he came and tried to take me out of body but failed.

When i got out of bed he presented himself and asked me for ASYLUM?!
He asked me for asylum in one of my astral temples… Weird…

Anyway his name is Vaxis
I colored his sigil with the colors that this entity is giving…
And here’s his sigil: 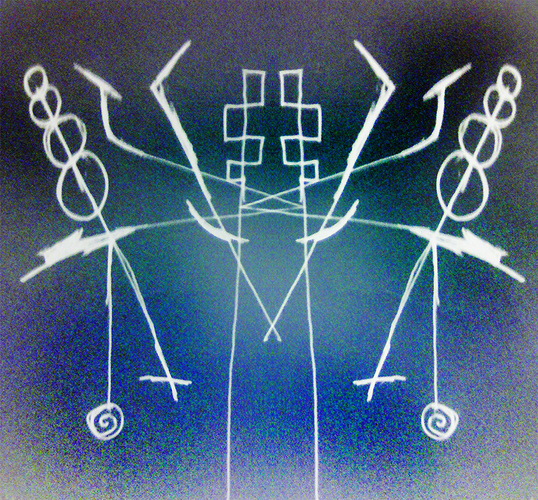 If anyone can make something out of this stuff please let me know…
I would appreciate any help with discovering who this entity is:

I only know he’s not human, nor has he ever been such, but he does come out as a ghost or a spirit that would roam the cemeteries and the tombs… Fucking weird. But awesome experience anyway.

Hm. Sure. Why not I’ll play nice and help.

Is it just weird that by staring at this sigil i get a “deja vu” feeling? Almost as if i have written about this entity some time ago but i clearly remember i haven’t…

Yeah, no problem. I’ll need a couple days to get everything together.

Actually couple days at the most.

@Raven_Maleficus No rush bro. Thanks lots anyway. This just came “out of the blue” <- Pun intended (the spirit is blueish)

Have you met me?? (These gifs are for comedic purposes and mainly to prove a point about myself. Not to threaten or insult.) 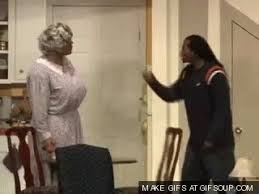 @Raven_Maleficus Ahem Please… he ended up asking for asylum from me… 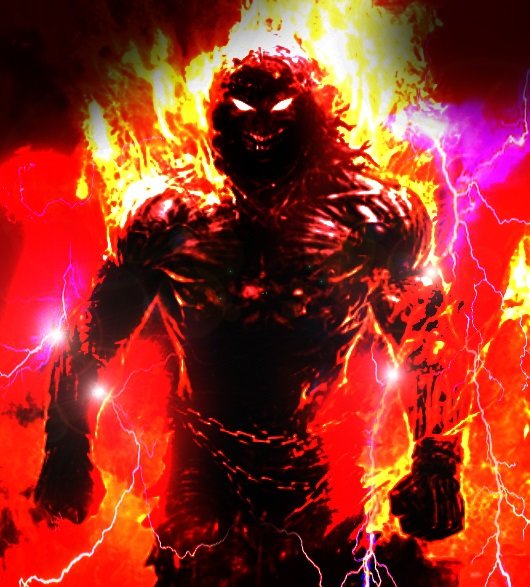 Its ok. Not to toot my horn but I’ve fought Azazel. I will start right now.

So basically think of vaxis as an assassin demon on steroids. He’s like the necromantic version of that one spirit that appears as black mists. His element is water. He coerces the dead into attacking the targets he’s set on. He likes the stone onyx. His planet is Saturn and the other is Mars. He can teach necromancy and death magick as well as exercise that knowledge. He’s the guy you call up to have someone killed. Although I had no difficulties with him. He’s also a wraith.

He basically kills his targets by driving them up the wall.

I forgot to bookmark this post SHOOT! Thanks for calling me!

@Raven_Maleficus Then why did he asked me for asylum and protection? have you managed to find out this?

Asylum may have been a reference to how he kills. As for protection I’m unsure. I’ll find out and get back to you.

@Raven_Maleficus And why was He haunting my nightmares for 14 Years?

It felt like He was running from something or someone in this last nightmare.