So it's been a while - RHP is suicidal

Just to clarify some of your assumptions about the religions you commented on.

I think it all can be easily summed up as RHP is most often a victim mentality saying save me, whereas LHP is more we can save ourselves. It’s most definitely a system of control. SJW, Christianity, feminism, cultural Marxism. It’s all about victim mentality. Once you get someone to feel like victim you have robbed them of their inner strength and basically got them under control and they will do anything believe anything and submit without question to the ideas and concepts that you tell them will end their imaginary suffrage that you concocted in their head.

“Why is RHP so suicidal? Why does RHP usually express such contempt towards life, especially the material world?”

Because right hand pathers are contemptibly fucked up. This is 100% certifiable fact. It’s not a matter of converting someone to the rhp, it’s a matter of finding an unfortunate victim who is hardwired sick enough to accept that wretched, vomit inducing ideology and practice. And it’s not suicidal! Have you noticed how many right hand path religions are flourishing – mostly full of real tragically deluded head-cases and fucktards happily wasting themselves in their own spiritual sewerage? And you can’t commit suicide because suffering is good for the soul and medical system.

The rhp stops you before you’ve even started. Why not join Opus Dei and flog the living shit out of yourself – and others - while wearing a hair-shirt and cilice? Or the Hare Krishna movement where you blow your mind on a sleep deprived poor diet, lots of hard work and mindless chanting of the Maha Mantra until you break your own will, mind and spirit?

And seriously, spending eternity – no prospect of escape – with old Numb-Nuts and his psychopathic daddy plus the creepy, sexless types who will make it there. The constant diet of piously inhibiting, cold boiled Jesus – all the fucking time! That’s nightmare stuff.

What I find most amusing as I take another look at Christianity again and I realize that not only does the Bible contradict itself, (for example; “thou shall not kill,” and yet in the old testament it states that when you take someone else’s land you can kill all the men, women who have known sex, and the children, as well as promoting slavery since you can then take the women who have not known sex as your slave, and yet the Book of Exodus talks about Moses delivering the Slaves of Egypt), and that the 10 Commandments are extremely vague to the point that the 9 Satanic Sins have more definition to them then those do, and again in playing off the same one, “thou shall not kill,” well, what does that refer to then? Does that include self-defense? Are we not allowed to defend ourselves against those who would commit murder and genocide, or just be vulnerable? What about, thou shall not steal? Again, are we not allowed to take back what was stolen from us, or just allow it to remain in the hands of the one who stole from us?

The whole point of religion in general when it comes to the Big Three, (Christianity, Islam, and Judaism, (I don’t count Buddhism cause that’s not from the same origins as the Big Three are)), they are meant to be vague and promote things that seem so real through lies, manipulations, false truths, (though I’ll admit that there are some small things in the Bible that are probably true), but in general. To promote hate and hypocrisy, but the biggest flaw in religion is that there is never any proof for the things that they say. If someone was to say, “Well, Jesus did this and that,” and I’d be like, can you prove it? Where’s the proof and they always studder and say like, “Well, just go there and see this and you’ll see,” but where’s the proof? Show me hardcore evidence and not just assume.

Here’s another one for ya. In the Bible, it claims that Lucifer and Satan are the same entity but give no proof of it other then that Lucifer was cast out and became Satan. Ok, where’s the proof of it? We have proof that Lucifer and Satan are not the same entity, especially; when you break down as to what their names mean. Lucifer means; Light Bringer, Morning Star, (Just like Venus since it’s the first star you see at sunset and last at sunrise), Solar. Satan means Advisory, the Rival of God. The one who has acquired the Power and keeps the battle going. In fact, if you look throughout history during the Ancient times. There were a lot of Satan’s, Apophoris from Ancient Egypt, Typhon from Greece and so forth. We have proof because we not only do the work but with today’s technology. We are able to actually record it and not just write about it and if it’s any other factor. Priests hate technology and want things to remain as they were during the Dark Ages where their power was supreme.

If I remember well, Agrippa advised to not only worship God (that is, if one worship “Him”) but to balance this with some other “things”, or God would suck energy… something like that. In short, even following RHP, slyness and attention to detail are necessary.

If I remember well, Agrippa advised to not only worship God (that is, if one worship “Him”) but to balance this with some other “things”, or God would suck energy… something like that.

Yeah I found something very similar, on the further reaches of weird UPG but sharing fwiw:

This is branched off from the post quoted below, I didn't want to derail the overall topic of time travel with a big dump of my own UPG and theories, so I started a new thread here. :slight_smile: Long post alert, so just want to say first, I'm not asking anyone to believe all this stuff nor to take it on board as "the way things are" - there's some pretty far-out stuff here, and this is just my current understanding, and I know for a fact that people who think differently get excellent resu…

Tl;dr if the god within becomes too caught up in worshipping itself, except as external, bad shit (not your regularly scheduled weird shit, weird shit is good shit) will happen, and that manifest reality gets archived in read-only mode.

I consider myself Right Hand dominant but I’m not suicidal nor do I have any contempt for life or the material world.

This is the problem I have with lumping Christianity, Islam, Judaism… pretty much ALL religions into ‘RHP’.

They are not the same thing imho

Not really. There is a very big difference between Quran reciting Sufis or the traditional rites of Djinn evocation (which are really RHP) and the Book of Smokeless Fire or the Devil’s Quran(which is LHP).

P.s.: Rumi is my great grandfather

Those aren’t LHP is my point here. The actual Arabic LHP grimoires are very very different texts. It’s very hard to argue that the Goetia is an uncorrupted LHP text. Same principle applies here. Neither the Goetia nor the traditional Arabic grimoires are truly LHP. They are still very much Christian/Islamic texts.

@Ghocifer Remember, most actual LHP grimoires are modern. Almost all traditional grimoires are RHP as Jesus. That’s why no one follows them literally. If you want an LHP grimoire you have to look towards newer texts (unless this is some Balinese grimoire of Black Magick we are talking about). 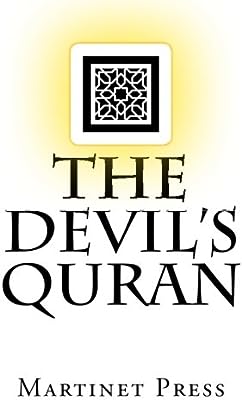 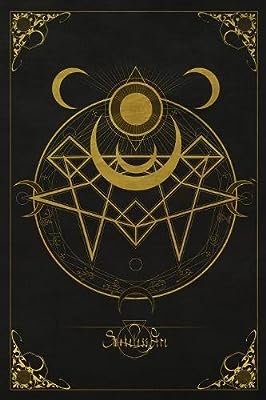 The Book of Smokeless Fire

@Ghocifer Not at all. It’s meant to be the words of Shaitan.

I’m yet to lay a hand on Shams Al Ma’aref. The book of books when it comes to Arabic magick… I have a friend who is going to Lebanon this weekend and I asked him to check if he can find me a copy… fingers crossed!!

I think it all can be easily summed up as RHP is most often a victim mentality saying save me, whereas LHP is more we can save ourselves

what about Buddhism? Most certainly RHP and most certainly advocates taking responsibility for one’s own salvation?

Okay. How many LHP grimoires are there that weren’t from the near East region like Israel, Egypt, Saudi, Iran, Iraq. Turkey, etc?
How many grimoires from the orient, Greenland, Americas at the same time of all gods in known grimoires?

@Fuego1 I mean it depends how you define “LHP grimoire”. Almost every single LHP grimoire that doesn’t involve calling on God was printed in either the USA or the UK.

what about Buddhism? Most certainly RHP and most certainly advocates taking responsibility for one’s own salvation?

I think @AdamThoth may be busy, but from my POV which i think he may share to some extent, the very concept one needs salvation is the core of the victimhood.

I know it affected me quite badly through the general osmosis of Buddhist/eastern thoughts in contemporary England, regarding karma, and the nature of suffering, etc:

How has the left hand path changed you?

Saved me from crippling depression that was first diagnosed when I was a child (this was back before every other kid was prescribed psychiatric meds by the way, and it was dx'd again and again afterwards by different docs) - this depression had led to suicidal ideation and intent many times, so I'm going to say it definitely saved my peace of mind, opened up my life, and probably even saved my life. The core of my depression were some basic and deep-seated traumatic beliefs, acquired from the …