Rozakiel the angel of protection from abuse and bullying

So nearly a year back when I was a newbie on this forum I decides to take on a ambitious project. The project was to create a servitor that could protect children from being abused or bullied. I got guidance and information by many amazing people here.

The Being I named Rozakiel was called into being by summoning Asmodeus,Lucifer,Michael,Beelzebub,Abaddon and Kali if I’m not remembering it wrongly. The idea was to use a consecrated energy circuit that birthed the angel. While the being stays dormant until called upon I want to know if anyone who was involved in the original plan wants to check out the sigil and see what they feel when they invoke this being. 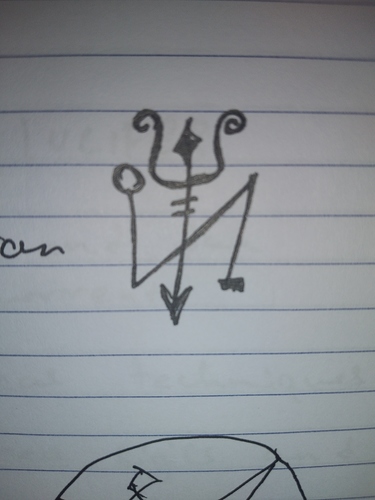 I gave birth to it on 31st October last year but didnt post due to many personal issues which made me forget about the entire creation.

Evoking Rozakiel I feel a warm energy even with the ac on. Kind, gentle, but strong and not to be messed with. He has a ways to go development wise, but that should be expected since he is still so new. Dont let that hold you back in working with him. (For whoever is reading this)
A slightly heavy energy. I feel his presence standing infront of me.

I designed her as a female. It seems she can take the form of an Male. Interesting.

I find when they project from the etheric they can take any form they wish. Lucifer can appear as a women or a child to some people, yet its not what he really looks like on his home plane.

Ofcourse. To me lucifer was a teenage dude with ripped Jean’s.