Does anyone have experiences if spirits prefer manifesting in resin incense smoke instead of incense stick smoke? I have thousands of sticks but recently found out they apparently like resin?

Shouldnt it matter? Well if there’s lots of smoke enough to make them manifest in it…well they’ll be able to manifest regardless, right?

A single tear of resin produces four times the smoke of a dozen incense sticks. You would have to light way too many sticks than is really feasible to make enough smoke for a full physical manifestation.

However, that being said, the spirit can still manifest in even a little bit of smoke. It’s just won’t be big or splashy.

I see. Looks like I’ll have to start getting charcoal discs and a bowl and all that stuff. It’s alright. Learned something new🙂

I know how much smoke resin produces because when I first started experimenting with it, I pretty much hot boxed my temple room with so much smoke from a single tear of resin that I could not see or breathe. When I opened the window to let the smoke out, my neighbours thought my house was on fire.

While i am sure there are scents produced with resin that a particular spirit may like, the use of incense in evocation is different than with an offering. In evocation, the smoke simply acts as a medium for them to form, not provide a source of energy exchange with offerings. As @DarkestKnight pointed out Resin incense produces more smoke in general than sticks, which gives the spirit more material to manipulate into form. I think the prolonged smoke inhalation might also play a role in how we perceive them, although that is just a thought.

That being said I have had smaller manifestations from incense sticks that have been recently occurring. It can given be used as a form of communication, such as the smoke wrapping around a phrase on a piece of paper. I’ve included some of those experiences in my Beelzebub journal.

lucky you, though. My room isn’t too huge. I’ll have to experiment with a very small amount of resin and see how that looks lol

Lol I actually managed to fill my house with smoke from a piece of copal slightly smaller than my pinkie finger nail. A little goes a long way with resins so keep that in mind

1 oz or 28 grams of resin incense is enough for plenty of evocations, would I be correct on that?

I would say so. Different resins produce different amounts of smoke ( for example, white copal produces much more smoke than frankincense, although not everyone likes the smell of copal). I would pay a smaller size first to make sure you not only like the scent but produces a fair amount of smoke. And be sure to have some ventilation

Makes sense. I recently ordered this and 10 charcoal discs. I’ll see how this feels and how much it fills up the room lol 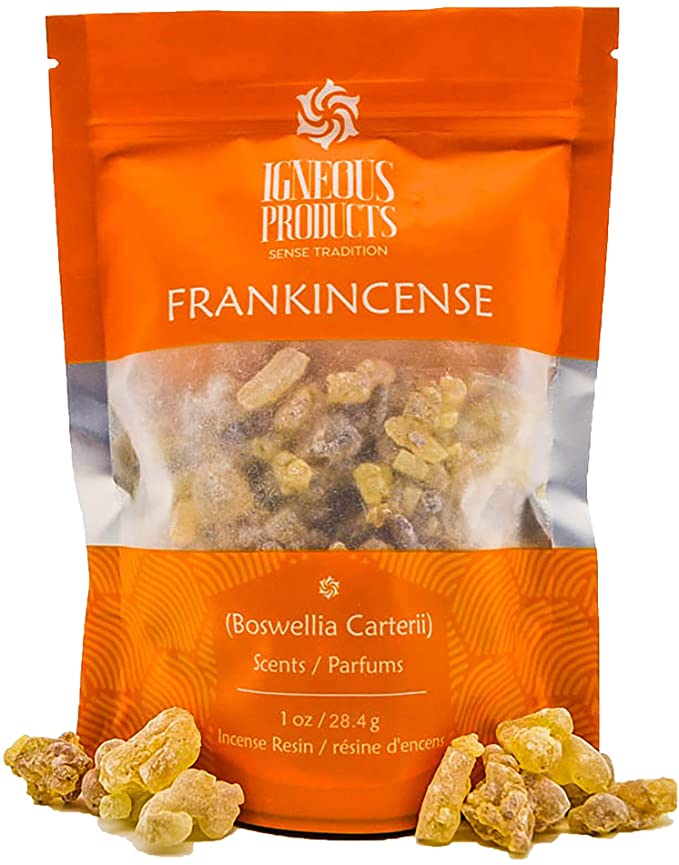 Frankincense is actually my preference, as I have other people who live in my house and do not seem to mind it as much as the copal.

I’ve only ever used copal, as that is what EA recommended in Works of Darkness and Evoking Eternity as a good, general, manifestation base. I like the smell of it lol

I don’t mind it, but the complaints were annoying me lol. I do like using sweet Myrrh as well

I don’t know what I would have done if it had turned out the smell of copal was really bad. The tears were really hard to come by in my neck of the woods, and I had to jump through some internet hoops to get them. The only other incense EA recommended was Dittany of Crete which was impossible to find anywhere back then.

I was lucky enough to have a shop I could pay small amounts of resins to sample before buying in bulk. There seems to be a variation with copal depending on the region of the world it comes from. I tend to like copal from india (also known as Dammar) as opposed to South American sources so far. Might have to do with the trees they are harvested from and whether they are “fossilized” or " living" resins

Black frankincense is also fantastic, as its impurities from the wood chips adds complexity

I think those brass burners are the ones used for burning resin? Still looking. They’re not bad looking at all.

Loose incense blends or resins are best, just not amber resin because it catches fire really easy though it smells amazing.

I prefer loose resin incense over incense sticks (although I do still like them). The reason being that the smell is much richer and better, and - as everyone else said - it produces much more smoke. I hope you enjoy the frankincense you ordered. I tend to use copal, myrrh or frankincense too.

Resin definetely seems the way to go despite the cons such as the smell. Wish I would’ve known sooner about them before incense sticks. All I need left is a proper bowl to burn them in. A “brass charcoal burner”,or something like that if I’m not mistaken.

Something like that, yes. I use a brass charcoal burner with some sand inside that I can place the charcoal on in order to insulate the metal burner from some of the charcoal’s heat.