You may share questions or comments for Asenath now in a new thread. She will come around the forum at her convenience over the next month. She releases her Awakening Lucifer grimoire with co-author Bill Duvendack on June 12th. You may download the free chapter Melek Taus in both ebook and audiobook right here: 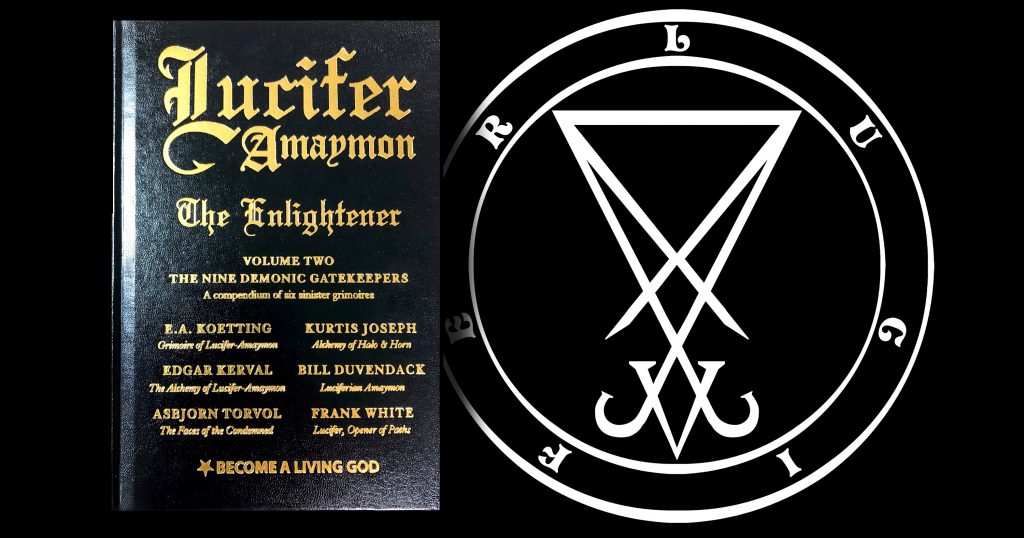 First look at a sample print of Awakening Lucifer in black leather. 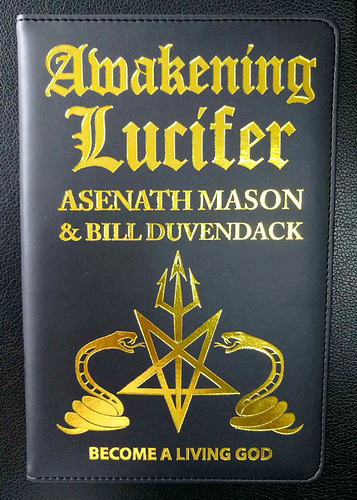 Congrats, to you and Bill with book awesome

I’d have a specific Question for Bill Duvendack.

I’d like to know,
the exact name in todays language,
for the Scarabs used by the Ancient Pharao’s,
in Service to the God Khepri.

Cucujoidea is a superfamily of beetles. They include many fungus beetles, as well as lady beetles ("ladybugs" or "ladybirds"). Also included are a diversity of lineages of "bark beetles" unrelated to the "true" bark beetles (Scolytinae), which are weevils (superfamily Curculionoidea). These families are members of the superfamily Cucujoidea:

I have of course seen variations,
of Scarabs which might be used for it.

But i do know,
that when a Pharao / God King’s Body,
is consumed to be reborn into a new life,
and returned back to walking the earth as a living God,
a specific type of Beetle is used,
to convert their flesh,
into pure Non-Manifested Matter,
and in order to return that Body back into my current incarnation,
i look for access to these exact beetles.

Now,
in Conjurations in my old Tongue,
I’ve certainly addressed by their name,
but I don’t want to run into a translation problem,
with using the wrong name in today’s language.

So,
if Bill sees this,
or it could be forwarded to him as a Balg Member question,
I’d really appreciate it being covered in a Video, or right here on the Forum.

Of course,
if anyone else on the forum feels he haves a good answer for me here,
i’d apriciate such to come up in a PM. 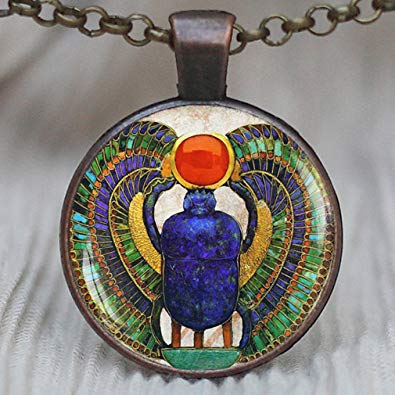 We’re talking about the Beetle that’s capable of converting a Living God’s flesh for accessing it,
when utilizing a new Planet,
or returning through the call of their high-priests. 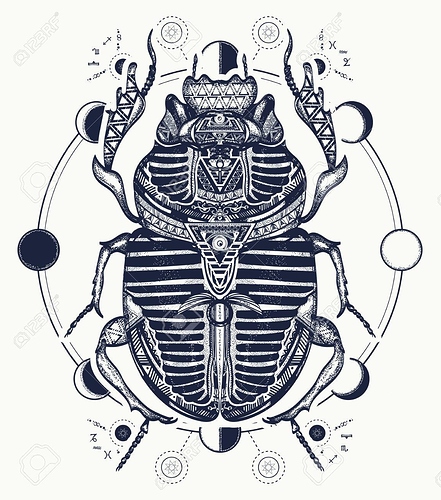 yet,
i’d like to be sure,
before picking a wrong one. 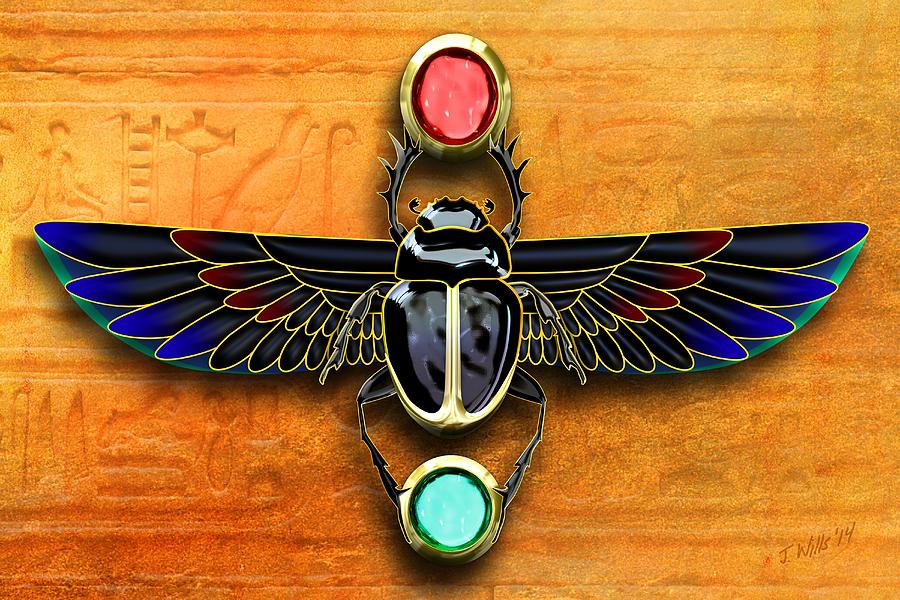 My current guess, is on:

@Xag_darklight, you did right, to ask me about this.
Just checking for double confirmation. 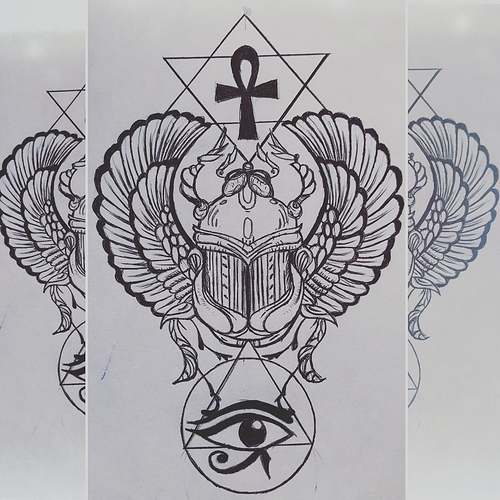 Here’s the explenation,
of how the Scarab works for reincarnation.

Picking up the Wadjet, The Eye of Horus, also known as wadjet, wedjat or udjat, is an ancient Egyptian symbol of protection, royal power, and good health. The Eye of Horus is similar to the Eye of Ra, which belongs to a different god, Ra, but represents many of the same concepts. Funerary amulets were often made in the shape of the Eye of Horus. The symbol "was intended to protect the pharaoh [here] in the afterlife" and to ward off evil. Ancient Egyptian and Middle-Eastern sailors would frequently paint the symbol ...


and turning it over into an Ankh,
for the next incarnation to be hold,
and taken in back,
once the new vessle is ready for aplication of it.

It thereby get’s stored in Ra, The Eye of Ra or Eye of Re is a being in ancient Egyptian mythology that functions as a feminine counterpart to the sun god Ra and a violent force that subdues his enemies. The Eye is an extension of Ra's power, equated with the disk of the sun, but it also behaves as an independent entity, which can be personified by a wide variety of Egyptian goddesses, including Hathor, Sekhmet, Bastet, Wadjet, and Mut. The Eye goddess acts as mother, sibling, consort, and daughter of the sun god. She is his...


so it can fully integrate into the new vessle.

Hello it’s my honor to approach with question, I’ve been attracted to this path from the East I find many common threads of my own thoughts and beliefs match and make more sense for me. I understand not all paths are the same and no path is more elite than the another. Do all paths lead us to Godhood and once Godhood is met, if achieved, is banishing ever again applied in the work.