I could be mistaken but I feel like I remember @C.Wilson mentioning psalmic magick at one point

Decided to make a thread about it specifically

I’ve never used psalmic magick directly, although I do use a sung rendition of Psalm 50/51 + alpha binaural track as the background music to a lot of my rituals calling on angelic powers

I saw someone else (sorry don’t remember who) post this on BALG a while back and it got stuck in my head and made it into my ritual music rotation: 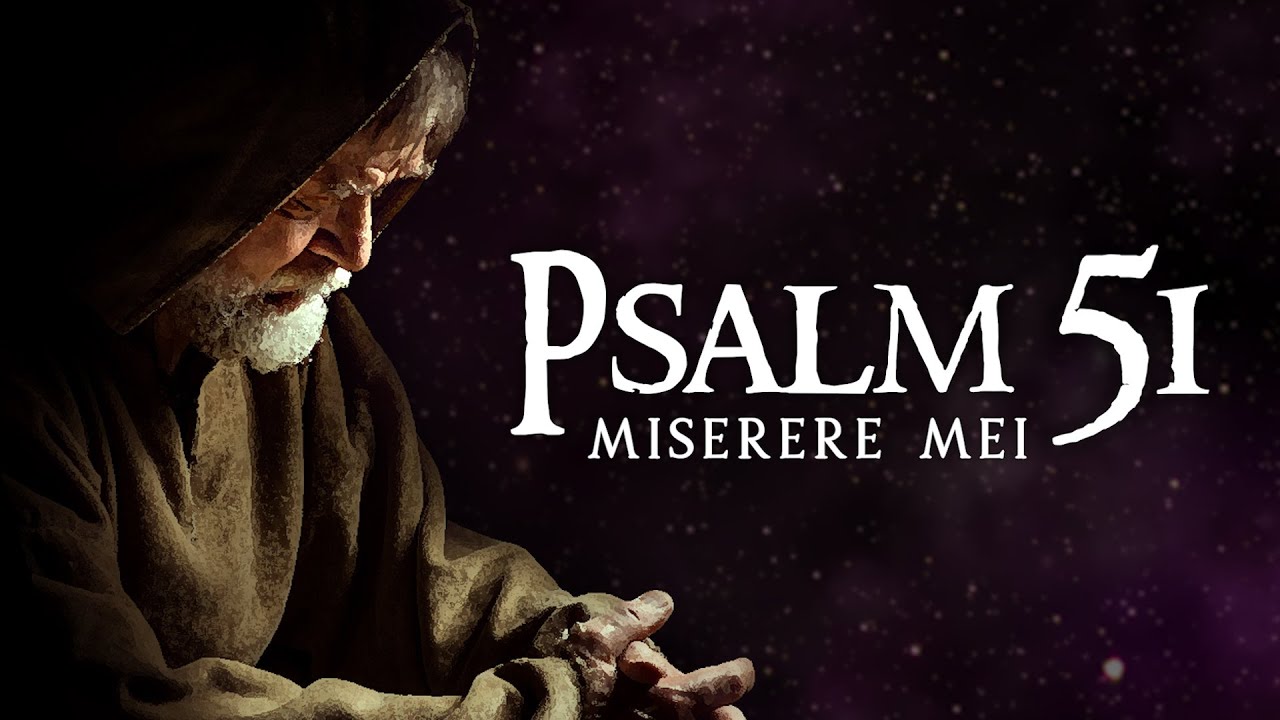 That’s about as much info as I have on psalmic magick sadly, but it’s on my eventual to-do list

Yeah I’d like to know this as well, step by step!

I saw someone else (sorry don’t remember who) post this on BALG a while back and it got stuck in my head and made it into my ritual music rotation:

That would be me. Haha
Glad you liked it!

Also the guy that made that vid has a spotify with all his music on it. I recommend checking it out if you have an account. ^^

It actually was one of the first forms of magick I learned, as my grandmother used it quite extensively. I used it back in my Christian days and still will occasionally use it.

While belief certainly can be a factor in terms of power, it is not the only aspect of it. It is easy to forget that Psalms is essentially poetry. While the english translations kind of chopped up the flow, it is something that can be picked up more when you listen to the verses in Hebrew, as it uses couplets quite often. As a form of poetry, it uses words to evoke emotion, which is what I consider a major source of power when combined with the will of the individual. In other words, it is not a magic that necessarily requires religious beliefs, much like the other forms of magic commonly accepted here.

As for examples of Psalms being used in magic, it is essentially done the same as any other incantations, either on it’s own while focusing on the subject or in combination of sympathetic magic. For example, the first spell I learned was how to infuse a meal with a blessing using psalms. While preparing a food that brings joy to someone who has experienced sorrow (such as cookies), I was taught to recite Psalm 30 three times, using my hands to make the dough and shape the cookies as visualizing the target who has dark clouds over their head, watching them part to allow the sunlight to come down upon them. The cookies would then be given to the target to eat.

While I would not say it was necessarily groundbreaking results, I have seen sadness lifted from the target’s eyes multiple times as I have used it. My grandmother used that psalm quite extensively, as she was a center of her community much like how I have become in my own area. People would go to her with their troubles.

Oh… and here we have a prime synchronity

I love it, I feel like it really adds the right setting for angelic rituals

I do have spotify and i will check him out! thank you!

You can use them for invoking angels, maybe like an enn or something for angels. I have a book that matches the psalm to Shem Angels

I was taught to recite Psalm 30 three times, using my hands to make the dough and shape the cookies as visualizing the target who has dark clouds over their head, watching them part to allow the sunlight to come down upon them. The cookies would then be given to the target to eat.

That’s adorable! Will teach my kid that!

Lol well, my grandmother was very balanced as well. Not all the baked goods had blessings in them. A gift is just as effective means to deliver a curse as much as a blessing. She did try to take the high road, but she had her three lines just like I do. When those were crossed, all hesitation is off the table.

Psalms 109 is best suited for that, and is quite nasty in both wording and effects.

Why should everything that is christian or jewish be copied from another mythology?

Guess what, things develop. It’s not “copied” or “stolen”.

Why should everything that is christian or jewish be copied from another mythology?

I don’t think everything is, I find it interesting when things are continued through cultures and times though.

The Hebrews scribed, where things had been oral traditions in other cultures… it was written down, and obviously it’s evolved

The psalms particularly interest me if I could find and compare

Do you just chant it out loud the psalms? I do include sign of the cross before speaking psalms out loud, that’s all I do. Can someone tell me more if there’s more to know on how to use psalm?? Thx and sorry if I didn’t make a new thread

Do you just chant it out loud the psalms?

I imagine you could, but I would also use visualization while reciting it so you are focusing your intention on what you are trying to manifest. I tend to use sympathetic magic while I am using psalms, which involves performing an action that is similar to what you are trying to achieve (for example, wrapping a thread around a target’s picture to bind them).

Here is an example I have found recently to better illustrate what I am talking about. It is complex but you can see how psalms is used as one of the layers in the working around 10:50 in the video 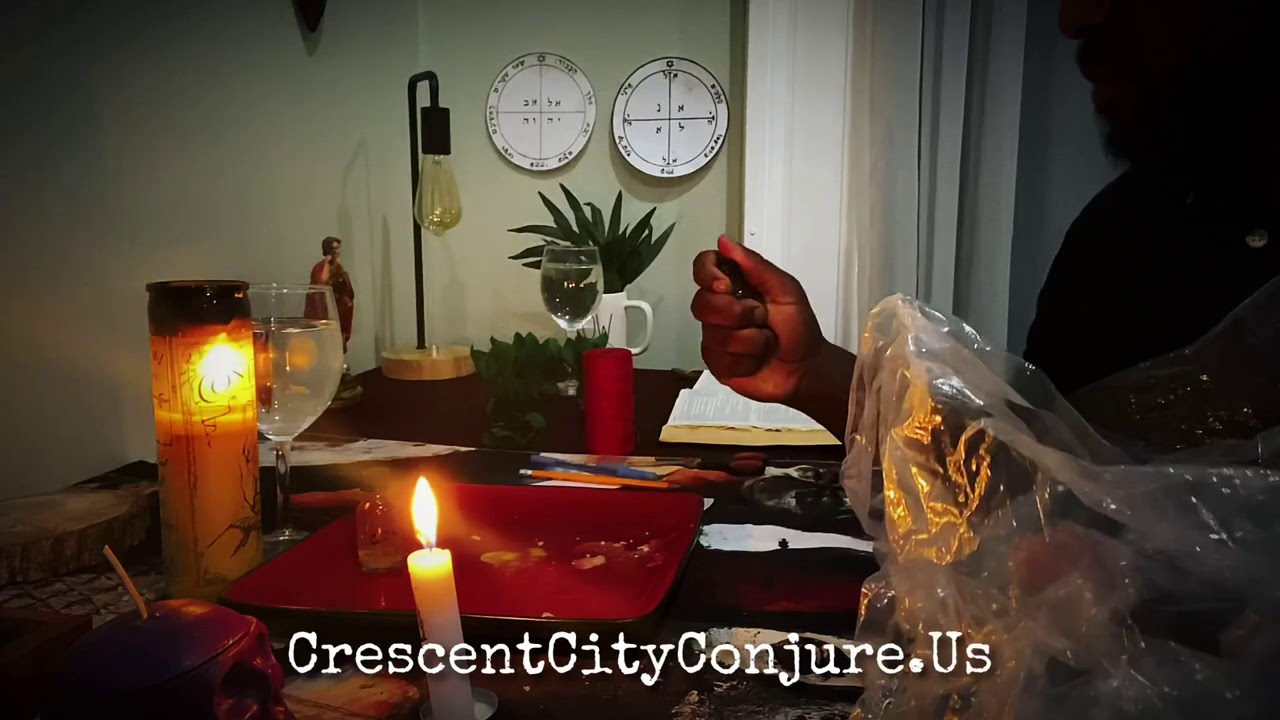 I do include sign of the cross before speaking psalms out loud, that’s all I do.

I can see that being important if one feels it is during ritual but I would say that is a case by case thing instead of being absolutely necessary, like many things in magic.

I’ll do the same for now, chanting 3x and I’ve got candles with me as well, thanks for sharing C. Wilson !!

No you do not chant the psalms, the key to psalm magick is to sing them and back them up with emotion.

That’s interesting may I ask where you got that information from? Or is that in your experience??