I see a black and silver aura probably your defense mechanism wich is strugling to keep shit at bay.

I see 3 servitors serving you one is misguided and rebellious probably a servitor you created unintentionally wich is fuckin with you.

I see a horde of succubi swarming around you.

I see in your heart a lovely devotion you steadily cultivate .

But inside that is a big goal you seem to allways refine until you see that is it.

I hear a spirit who say. come with me. maybe that is a sign you need comformation that you should follow it.doesnt matter what it is unless you feel it isnt the time nor apropriate.

I see a energy lekage by your lower spine.

And your endevour will bear abundance of wealth and richnessin the near future more so in the mental and material area.

I see a horde of succubi swarming around you.

Whoa, how the heck did that happen. I have a spirit with me but I certainly don’t sense a horde…?

I see in your heart a lovely devotion you steadily cultivate .

I hear a spirit who say. come with me.

Any idea about who/what this spirit is? Curious (have my own thoughts but interested in what you might pick up)

I see a energy lekage by your lower spine.

This is interesting because I have a physical health problem with a disc in my spine in my lower back. Not sure if the two are related, just reminded me of that.

I see a black and silver aura probably your defense mechanism wich is strugling to keep shit at bay.

Hmm. Yeah. Currently, I got some stuff to work on that is probably impeding my ability to spiritually defend myself…

Can I get a scan? thanks!

Is it possible you could look into who the spirit was that said “come with me” (intent wise too?) I’ll start your scan now. Thanks!

There’s no need to double post the same question twice. It’s not going to get you scanned any faster.

Here is a guide on how to scan:

Your more likely to receive a scan if you offer to scan back. Even if your new, people appreciate it better and there’s only one way to get good at scanning, by practicing.

First when scanning you I am brought to a large room. The floor looks like this: 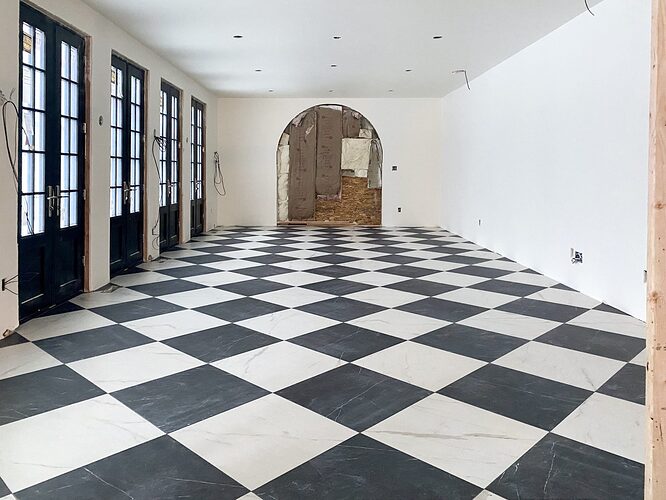 The room itself doesn’t have any windows and is very wide and long. The lighting is dim inside. Also, the walls were black and the ceiling white. There was no door on the other side. While walking down it for awhile (it’s almost like a very wide hallway that goes on forever) I see a wooden table with a chalice on top of it. The chalice is filled with a deep red liquid that looks like blood, although I’m not sure that’s what it is.

In front of the table to I a man…who…looks interesting. He has a wild look in his eyes…reminds me of the joker(?) and has a hat and wears a checkered suite. His attire is fitting of the room he’s in. He has a half smirk, almost grin on his face and he looks at both me and the chalice. Although I get the feeling the chalice isn’t for me. He has a…tricky feeling to him. Like unless he’s on your side, then you shouldn’t trust him – and maybe even if he’s on your side.

Here is an image that I feel best describes how he appeared to me: 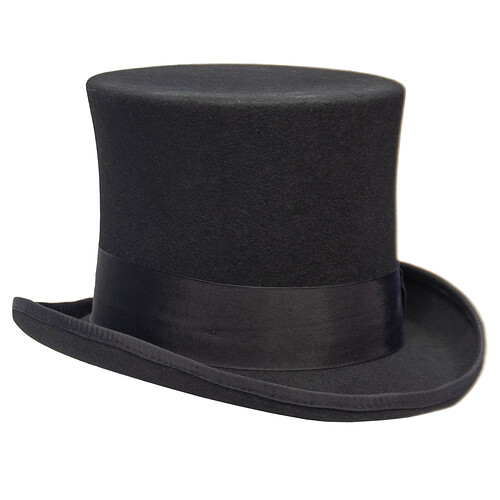 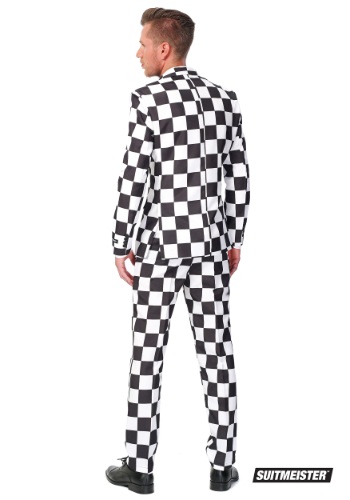 That’s fine, thanks for the clarification

I didn’t realize that.

Is letting random strangers scan your energy a wise decision?

I assume most people doing the scan trades here are willing to accept or deal with the risks associated with it.

I mean, if anyone scanned me and tried to hurt me, it’d backlash, so I don’t mind but I do recommend to always ensure your protected and aware of the risks you take when allowing anyone you don’t know in your space and energy

Yes, I agree. Its probably best to have some form of basic protection before doing scan trades, especially if your new. I doubt anyone here would intentionally try to cause harm to someone else but hey it’s the internet!

i’d love to do another scan trade if anybody wants.

I could do another, I’m interested in having any potential energies around me scanned. Do you want a general scan or anything in particular?

I’d love to see what and who you pick up around me. I already know what’s here but I love to hear about what other people see!

How about you, what would you like me to scan for you?

I was interested in a similar reading, just general of energies around me and my own.

The first thing I picked up on was the name “Sitri” , and a very mild presence around you. His energy felt soft (surprisingly) and the color would be similar to a dark blue/purple - if I would describe how his energy looked. I also saw an incubus.

The second thing that came up was an image of a woman in a meadow field. She had a straw hat on and her hair was a strawberry blond color. Her eyes were blue and she had a nice smile to her. She wore a dress. She seemed at ease, picking flowers and even berries (odd combination). Her hair was done up in a bun. I got a positive feeling from her. She might be nuturing. I got the feeling she might be playing a role in emotional healing.

Other general energies I got from you is a feeling of darkness, but I attribute that to Sitri and his related beings. The scene with the woman reminded me of something. Something about reaping what you sow. She seemed happy and healthy, and was collecting berries and flowers, I got a feeling of vitality from the plants and berries. I don’t know if the berries or flowers in the meadow was anything she “planted” but that came up. Perhaps this is what she offers to you.

That’s fair. I’m well guarded, so… Could you scan me please?

I can give a shot!