I have been enlisted to seek help from all of you wonderful ppl by friends of mine who are concerned about a possible curse of Voodoo orgin being attempted in our house. The possible curse isn’t being attempted against us but whatever is actually happening is causing ripple effects throughout the entire building and affecting our children and ppl’s sleep (causing unusual nightmares…some including deceased relatives…)

What I was told was that a woman placed something (a container with something black and tar-like inside) next to another residents bed. She then stared at it for a moment, took pictures and left it (I included pictures). Apparently she has also asked some of the children to hand the container to the other woman. The curse-ee has not accepted it and has voiced deep concern over what she thinks it’s occurring.

I myself am not opposed to asking the curser outright bc she views me differently than the other women here. However, me doing this worries my friends and, again, the ripple affects…

I’m more knowledgeable about this type of stuff than most but totally ignorant about voodoo. If anyone can assist, I’d appreciate it. I will do my best to answer any additional questions if it’ll help in solving this “problem”. Thanks everyone. 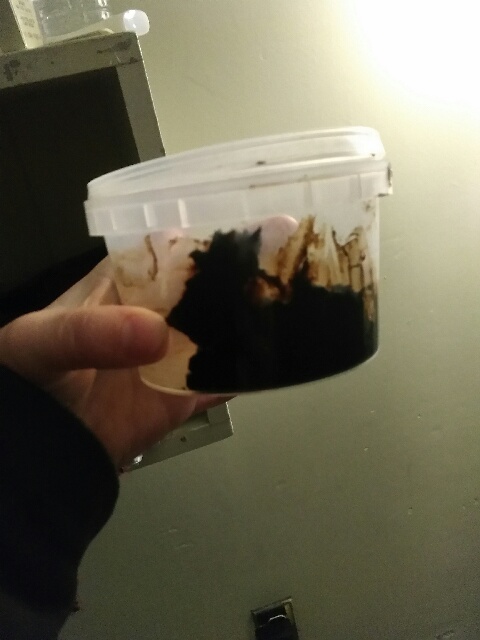 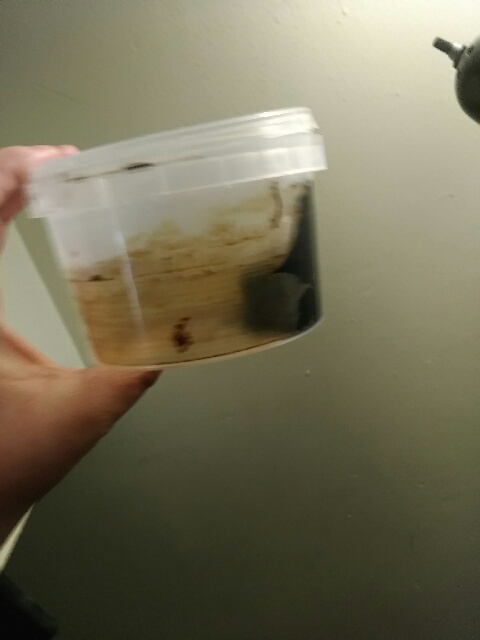 I’d be pretty surprised to see an experienced voodoo practitioner use a deli can like that instead of a gris gris bag. Not entirely out of the realm of possibility though I guess.

I’m terrified to find out what that actual substance is… Looks like something that would be cleaned off the back end of a sick baby several times a day.

@SeirsWife - If she’s eager to get the Cursee to touch it, I would think that something may be bound to it and using the ingredients as a sort of catalyst for the work. Or the intent could’ve been to activate only when the individual touches it, to prevent collateral damage and the lessening of the spell. Could be root work, voodoo, hell, it could be a dark kitchen witch.

If you don’t want to get actively involved, I would neutralize it as best you can and throw it out. No sense in keeping a ticking bomb around.

The first image gave me a sharp pain in my head

Burn it in a fire somewhere away from your property then cleanse yourself, your family and the house.

Ok, so everyone in the building knows about it, the intended target won’t touch it, but others have and photigraphed it, right?
I call amateur B.S. on that one. From a sheer efficacy standpoint, the target should not know it is there, I mean - come on, a little effort here. Write the senders name on the lid, toss in trash, and spiritually cleanse the space, then yourself and move on. Shoddy work at best!

Sloppy work from an amateur. As people above my post have already said, the point of a curse is that the target gets punished without knowing it and -most importantly- with absolutely no fucking clue who cursed them. Voodoo curses and any type of curse really, can be cast from a distance with nothing but a picture and name of the target and -maybe- a valuable possession of theirs (especially when talking about the use of voodoo dolls).
Of course, it doesn’t mean that the curse is weak just because the caster is an amateur. You should still take that shit (looks like ash and [graveyard?] dirt mixed with few drops of water) , burn it and bury the remains. Then due a ritual cleansing in the house and the person-target.
Then throw a binding spell at that poor excuse of a caster.