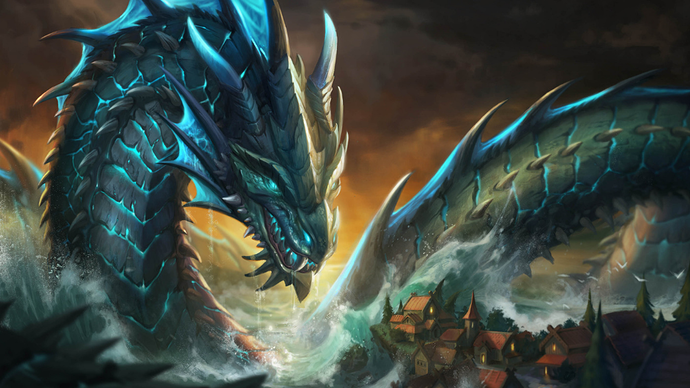 I had a dream last night that seemed to be an invitation from Jormungandr. Within my dream he actually seemed super sweet and was fond of cracking jokes. He had no real epic plans and said he just wanted to spend time with his family.

I was wondering if anyone had a list of corespondences such as colors and symbols that are associated with him. I found one reference to him being associated with willow trees but that’s it.

And if you have done a pathworking with him what was your experience like? What kind of things did he teach you? What techniques did you employ?

Thanks in advance to anyone who answers

This is a Norse entity. Read up on him through Heathen sources and try the runes and Norse pagan ways of communicating first.

Jormungand (pronounced “YOUR-mun-gand;” Old Norse Jörmungandr, “Great Beast”), also called the “Midgard Serpent,” is a snake or dragon who lives in the ocean that surrounds Midgard, the visible world. So enormous is he that his body forms a circle...

“Correspondences” such as colors and symbols are western occultism and nothing to do with the Norse ways - it’s best to stick within the traditions of the culture that held that entity high to communicate with them. When you’re good with that, then try mixing in other currents. You’ll have a good baseline to know if it’s working.

Again thank you for your response

Not him but his brother Fenrir and I are developing a good relationship. Loki’s children are very misunderstood and are quite nice. They are fierce protectors and can offer wisdom beyond what most would expect of them.

I would like to reach out to the Midgard Serpent but I work closely with Thor and draw inspiration from their battle so I’m not sure.

I’ve met Thor and Jormundangr together, I find a bit of the Norse mythos is a bit stretched, Thor and Jormungandr don’t seem to be in such conflict as described. However, I won’t assume to know their personal lives but during my 9 worlds “pathworking” they weren’t really at each other’s throats or disliking of another.

I had the opposite happen where I was curious about Fenrir but since I already work with another wolf god have been hesitant to add another one to the mix. Never really got an invite from him either but I’m not ruling him out down the line.

Just as a general update to this thread.

I evoked Jormungandr after my daily meditation using my own preferred method of galdr. I closed my eyes and told him that I accepted his invitation

I built an altar for him where I included a mini aquatic terrarium thingy my sister made for me it felt appropriate as being symbolic of the sea as well as a tie to my family as in my dream he mentioned family was important to him. I also included a viking joke I wrote down on a card and found online. I feel its appreciated.

Also started a journal for insights and information regarding him. 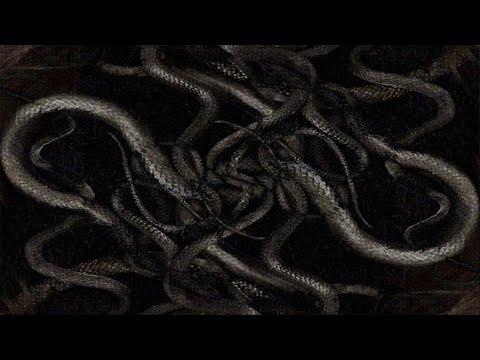 I’ve made a statement before: “Thor fighting Jormungand is a Christian motif and not pagan”. In this video I will show you my arguments trying to prove that. This video is …

They do have correspondence because Freya has color associations and such. So it’s just a matter of looking for it.

After spending an entire day in the presence of Jormungandr I will say that he’s actually incredibly warm calm nurturing patient and grounding. I’m sure we’ll have a lot more to do in the future together but he gave me a lot of information to get started.

I would like to add that magic should be from the heart. Let’s not get so stuck in our heads and being purist that we can miss the bigger picture.

I believe Jormungandr to be misunderstood and there are other ways to interpret his battle with Thor. The video I posted above can give you a lot more insight into that and why anyone who works with Thor shouldn’t be afraid to approach him. There may not be as much enmity between them as we have been led to believe.

It is possible Jormungandr represents order and protection not chaos and evil. At least that is how I feel him. 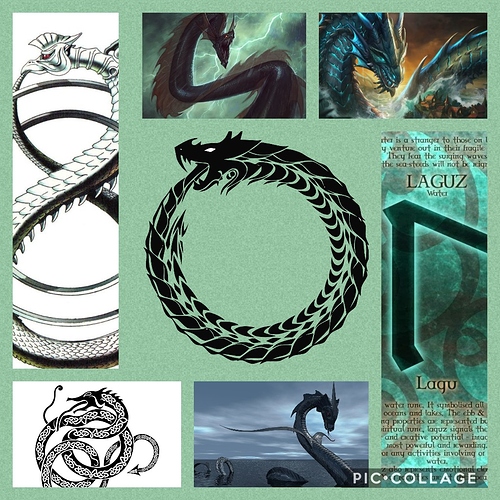 First he really is an amazing entity! He’s a bit of trickster but not a malicious one. He likes jokes and likes to play practical jokes but their not mean spirited and there are plenty of tricksters out there that are way more in your face than he is. He might even be a good trickster for people who are afraid of tricksters because of the chaos they typically bring which he seems to lack.

The worst thing he did was make my drinking water smell and taste just like fish.

I have a very basic shamanic understanding of the universe where the 3 underworld middleworld and upperworld categories work best for me and it looks like Jormungandr is going to be my middle world or midgard guide from here on out.

I’ve mentioned elsewhere on the forum my biggest challenge with astral travel has actually been the opposite of most people where it’s grounding back into my body vs. struggling to get out

So through the meditation practice he taught me he helped me ground my energy firmly in my body and completely re organize it. I’ve actually never felt better and my physical senses have actually gotten a heck of a lot sharper. It also restored the second sight I had as a kid but lost out of fear.

He deals a lot with ancestral magick and can share old and forgotten secrets with you. His energy is restorative vs taxing. His voice is quite and gentle. You have to have patience when working with him because he moves slow and goes step by step.

This is really to be done as a second part of another meditation that’s very basic. You just work on your chakras by going from the root up to the crown. There are a ton of chakra tuning meditations out there to get you started. Just google or youtube it.

This technique adds on to that

Imagine a wheel made of golden serpents going from your crown chakra down to your root. Each chakra covered with this seal. This acts like a protective armor over your energy centers.

I just had an encounter with him and your gnosis matches mine perfectly. I’d go as far to say that his presence is very beneficial for one’s mental health

Glad to hear that! I think that’s a great way of describing it and its interesting you say that because I’ve been working on a lot of mental health related issues and I feel Jormungandr helped me process a lot of things

Are you sure it was him ?

For myself I will say I am sure of the spirit.