Pagan Origins of easter under attack!

So I’m researching or attempting to research the origins of easter symbolism and strangely enough it was easier last year. This year I noticed something different. That google is infected with search results from Christian websites that blatantly deny that they eggs and bunnies which are symbols of fertility known to cultures the world around are not pagan in origin which of course is false. The Christian sites are so rife with blatant misinformation and ardent denial of the goddess connection to the spring fertility holiday. Go figure. The credible sources such as yale University have been showing some promising results on the reality however they have been relegated to the bottom of the search engines and buried and obscured…

It appears that the christians are pushing back in the information war the best way they know how…by flooding the arena with propaganda and misinformation. All wars have loads of propaganda but especially information wars. So far I have found this site which sheds some light https://www.ancient-origins.net/myths-legends/ancient-pagan-origins-easter-001571

So I suspect, as usual, I will be fighting this war as a one man army unless some of you would like to volunteer to assist me in defending the goddess and the fertility holiday the celebration of the spring equinox. If not then dont be surprised when all of Christiandom decides it the righteous and nobel thing to burn us at the stake for having beliefs that challenge their supremacy like they have century after century eradicating history and fact and replacing it with their own propaganda like they have been doing for over a millennia.
Should you so choose to put down the chocolate bunny and the jelly beans for 5 minutes and do a little research please post any helpful links here in this thread.

Happy Easter. He has risen. 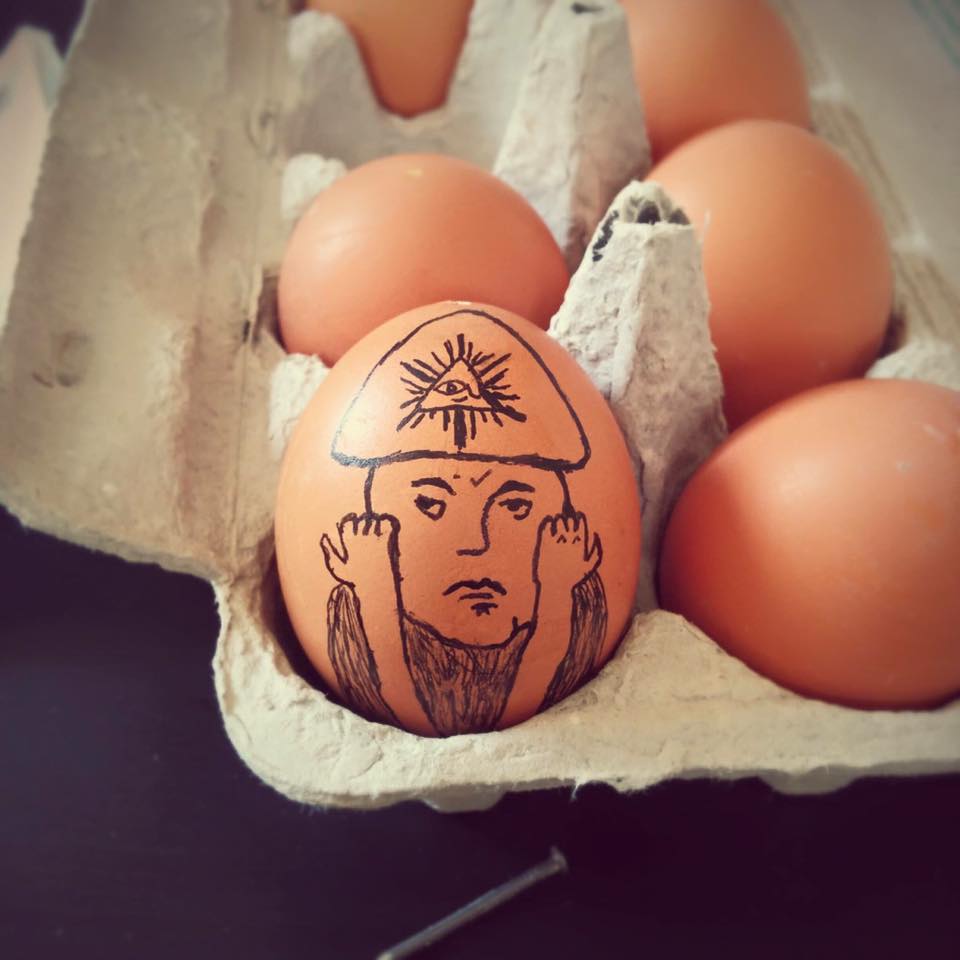 I don’t know maybe I’m out of line here…

The Alchemical meaning of Easter.
”Oh man , know thyself and you will know the gods and the universe”. Experience of Death is in dying, experience of Rebirth is in the Philosophical Resurrection. To know immortality is to first know mortality and in the alchemical process the resurrecting white will never appear without first the putrefying black. In the alchemical process, death always must be initiated first before immortality can be realized. To dare to die and give up one’s life (worldly ego) is to gain one’s life (spiritual self). It is from the SEPULCHER that we CARRY WITH US that the stone must be rolled away from in order for the spirit to break its chains and escape its Saturnal Dungeon to ascend to Heaven. This is in our power to achieve as mortals and then we will realize, as the Corpus Hermeticum states, that “A Man is a mortal God, and a Celestial God is an immortal Man”.
.
.
Source: https://adeptinitiates.com/alchemical-meaning-easter/

I came across this. 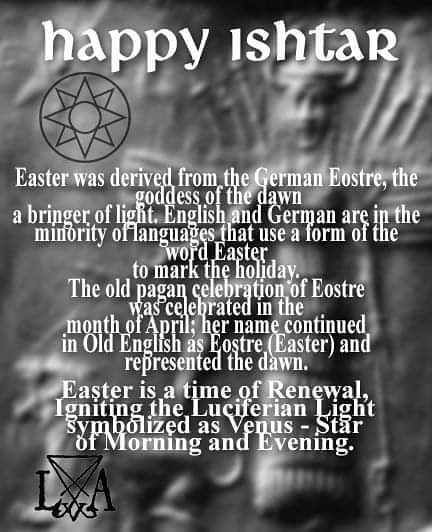 Not an extremely well hidden and buried source, but Ēostre or Ostara (Old English: Ēastre [æːɑstrə] or [eːɑstrə], Northumbrian dialect Ēastro, Mercian dialect and West Saxon dialect (Old English) Ēostre [eːostrə]; Old High German: *Ôstara ) is a Germanic goddess who, by way of the Germanic month bearing her name (Northumbrian: Ēosturmōnaþ; West Saxon: Ēastermōnaþ; Old High German: Ôstarmânoth), is the namesake of the festival of Easter in some languages. Ēostre is attested solely by Bede in his 8th-century work The Reckoning of Time, where B B...

Seems to be giving the Olde roots still? 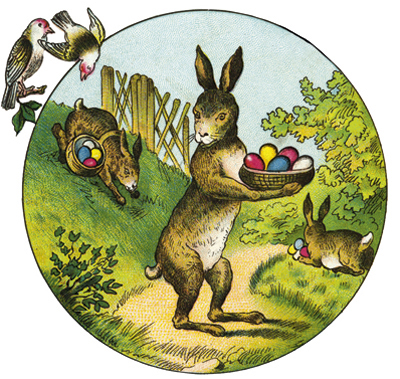 Eostre and Easter. What are the origins of this Spring festival? - The Field

Johnny Scott discovers more about this ancient spring festival, the origins of Eostre and what Easter really means

Proves your point…just scrolling down and this popped up. 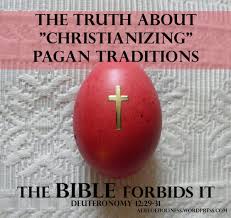 If christians are such bible thumpers then they need to lay off on twisting up our holidays!

Thank you all for this turn out! You all have been great in opening the doors of truth! Your contributions will be praised in the new enlightened world! Cheers!

So I’m researching or attempting to research the origins of easter symbolism and strangely enough it was easier last year. This year I noticed something different. That google is infected with search results from Christian websites that blatantly deny that they eggs and bunnies which are symbols of fertility known to cultures the world around are not pagan in origin which of course is false. The Christian sites are so rife with blatant misinformation and ardent denial of the goddess connection to the spring fertility holiday.

How are you phrasing your search query? Depending on how you phrase things in Google, you’ll end up getting different results.

I just googled “Origins of Easter” and I’m seeing plenty of results for its pagan origins.

Found some good info on it

"WHENCE this universal symbol? The Egg was incorporated as a sacred sign in the cosmogony of every people on the Earth, and was revered both on account of its form and its inner mystery. From the earliest mental conceptions of man, it was known as that which represented most successfully the origin and secret of being. The gradual development of the imperceptible germ within the closed shell; the inward working, without any apparent outward interference of force, which from a latent nothing produced an active something,needing nought save heat; and which, having gradually evolved into a concrete, living creature, broke its shell, appearing to the outward senses of all a self-generated, and self-created being – must have been a standing miracle from the beginning.

The secret teaching explains the reason for this reverence by the Symbolism of the prehistoric races. The “First Cause” had no name in the beginnings. Later it was pictured in the fancy of the thinkers as an ever invisible, mysterious Bird that dropped an Egg into Chaos, which Egg becomes the Universe. Hence Brahm was called Kalahansa, “the swan in (Space and) Time.” He became the “Swan of Eternity,” who lays at the beginning of each Mahamanvantara a “Golden Egg.” It typifies the great Circle, or O, itself a symbol for the universe and its spherical bodies.

The second reason for its having been chosen as the symbolical representation of the Universe, and of our earth, was its form. It was a Circle and a Sphere; and the ovi-form shape of our globe must have been known from the beginning of symbology, since it was so universally adopted. The first manifestation of the Kosmos in the form of an egg was the most widely diffused belief of antiquity. As Bryant shows (iii., 165), it was a symbol adopted among the Greeks, the Syrians, Persians, and Egyptians. In chap. liv. of the Egyptian Ritual, Seb, the god of Time and of the Earth, is spoken of as having laid an egg, or the Universe, “an egg conceived at the hour of the great one of the Dual Force” (Sec. V., 2, 3,etc.). [HelenaPBlavatsky] The Secret Doctrine (1888) 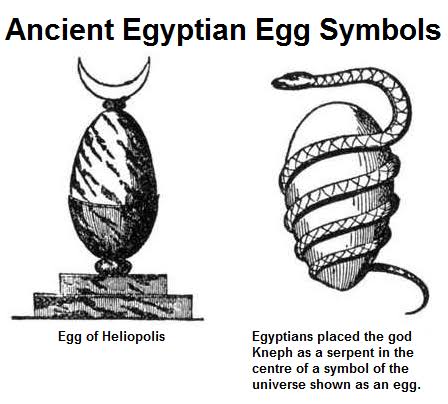 But that’s Old Testament stuff: Christian’s aren’t bound to the Mosaic Law. That’s why eating pork and shellfish is not a problem for them, and why they can wear cloth made out of a mixture of cotton and wool. And why lasagne is also a favourite.

I found this in a blog which is also attached below:

“The term ‘Easter’ is not of Christian origin. It is another form of Astarte, one of the titles of the Chaldean goddess, the queen of heaven. The festival of Pasch [Passover] held by Christians in post-apostolic times was a continuation of the Jewish feast … From this Pasch the pagan festival of ‘Easter’ was quite distinct and was introduced into the apostate Western religion, as part of the attempt to adapt pagan festivals to Christianity” (W.E. Vine, 1985, emphasis added throughout).

That’s a lot of information packed into one paragraph. Notice what the author, W.E. Vine—a trained classical scholar, theologian, expert in ancient languages and author of several classic Bible helps—tells us:

Easter isn’t a Christian or directly biblical term, but comes from a form of the name Astarte, a Chaldean (Babylonian) goddess known as “the queen of heaven.” (She is mentioned by that title in the Bible in Jeremiah 7:18 and Jeremiah 44:17-19; Jeremiah 44:25 and referred to in 1 Kings 11:5; 1 Kings 5:33 and 2 Kings 23:13 by the Hebrew form of her name, Ashtoreth. So “Easter” is found in the Bible—as part of the pagan religion God condemns!)

What Are the Real Origins of Easter?

Millions assume that Easter, one of the world's major religious holidays, is found in the Bible. But is it? Have you ever looked into Easter's origins and customs and compared them with the Bible?

This is meme worthy!

I suspect it’s more like Googles algorithm, which favours the control structures by design - in which case creating more search options won’t help.
The xtians are bummed right now - I’ve seen articles saying they think because the priests can’t get access to the sheep they’ll lose the flock to the devil just from not being able to brainwash them every day. Interesting.

I stopped using Google search (or Bing) for this reason… Did you get the same results in Ecosia or DuckDuckGo?

I admit that until this year, I thought that “Ostera” was borrowed from Babylonians by the Romans. It’s nice to be wrong on this. Easter is my favorite spiritual holiday. Turns out, it’s right proper witchery.

I’m totally down for Easter.

I’m gonna read these links and make sure my history is straight. Good thread OP is cool

Wow! Color me stupid! I thought Nimrod died, his wife Ishtar brought him back with majik involving a serpent, an egg, and a rabbit! Kinda fits the narrative of how Nimrod ended up being married to his mother!