On The Spiritual Rebound

This is a term I just coined after thinking about comments I’ve been seeing more often.

This is just a friendly reminder
to not trade in one master for another.

sorry, I’m not sure I get your point. Is using such honorifics incorrect?

A Lot of people come here because they became depolarized enough to leave the religion they were born into, usually of the JCI variety.

Then they find the occult labyrinth and its new and exciting but easy to get lost in.

And in doing so sometimes they end up being polarized but on the opposite end.

Not only this but most of these entities like Belial or Lucifer shun the idea of having a master or lord, as is the tradition with these type of titles.

So as whole no, there’s nothing wrong with honoring but if left unchecked it can turn into fanaticism.

It also sounds eerily familiar to how those in the JCI current refer to their “Lord” .

Hence my words
do not trade in one master for another.

And notice how most of the time its women calling them “Lord”. Men do it too, but still.

So the Astral feminists have come up with a term for men too??

This world is quickly declining XD
Continues to Listen to Slipknot

Still not clear on the issue, sorry, killed some brain cells with red wine last night. Is the concern in using honorifics at all or in misusing them?

Lucifer is a King, so in the UK, certainly, you might defer to a King and say “my lord” in conversation. They can be switched around.

Also some of the other shades of Lucifer are Lords. Beelzebub meaning "Lord of the Flies " for example.

I don’t tend to use honorific at all, personally. Just intrigued.

I shove my fingers into, my, EEEEEEYES! Ffs im gonna bump their old stuff today now.

I do think it is because its easy to find a spirit or deity that is powerful, and then run to them for help much like jci runs to their god. But i think our path is more about you greeting them as gods ourselves, and learning to do what they do

These ranka do exist in the Goetia, Dukes, Arch-Dukes etc. Should they be ignored?

I think what @Myrddin is saying is:

Christians use “Lord” to adress their Master because they are slaves. When some of us leave that religion and come to the LHP, we subconsciously (without knowing) carry over that same mentality of calling Spirits “Lord” while having that same Slave/Master energy pattern.

Therefore it creates the EXACT same experience as in Christianity. 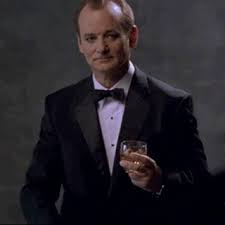 This conversation reminds me of something that happened when I was at a summer martial arts camp at a resort many years ago. Our master instructor had a canoe on the lake, and myself and a couple of other students saw some other folks attempt to use it so, of course, we went up to them and let them know that the canoe belonged to Master Frank and not the resort. They seemed confused by the term, and when Master Frank came over and spoke to them, he explained that the term “Master” was a title of rank in martial art, and the guy retorted with, “Oh, I wondered because the only master I know is Jesus Christ.”

i swear I did a mental face palm.

That was one of the first instances I can recall of people not understanding the difference between a title of rank and a term that denotes something having power and control over them. It’s the same word but a completely different context.

I call King Paimon king, not because he is above me, but because that is his rank and title. I look at it the same way as I do martial arts. The title denotes a skill and knowledge I do not yet have, and so I have no problems with using it, but am not subservient to it.

When one king visits another, he still calls him king.

Lord is another title of rank, that is often used in a subservient way, especially when referring to “Lord Jesus Christ,” or “Lord Lucifer,” (as far as I am aware, Lucifer’s actual title and rank is that of Emperor, which is far above that of a lord), both figures a lot of people choose to hand their power over to.

I have never been religious, and I never had to escape Christian indoctrination so I still have my reasoning intact. I know when I call my martial arts instructor master, it is honouring his rank and the years of effort it required, not giving him power over my life, and it is the same with spirits. I will honour their rank within the hierarchy but I do not bend my knee to them.

THIS THIS THIS, thank you for your eloquence

I know when I call my martial arts instructor master, it is honouring his rank and the years of effort it required, not giving him power over my life, and it is the same with spirits. I will honour their rank within the hierarchy but I do not bend my knee to them.

Yes exactly, but I still see what @Myrddin is saying as well. Some people do need to pull their tongue out of (spirit x)'s ass, lol.

As for the Lucifer, there really is no point in calling it Emperor or Lord, as Lucifer is not even it’s name.