Does anybody know of a demon that could make more assertive, and more willing to stand up for myself? and is it possible to call a legion of demons to assist me in a fight?

start with this charm on yourself. It’s like a big brother who hazes you into becoming more assertive. Trust me; these are among the most “assertive” people I have ever met . . . maybe you know somebody who’s into this kind of music . . . I grew up with stuff like this, and a lot of people are terrified of me (even though I’m a big teddybear when it comes to people I care about).

Let me know how you feel after this song, and we can work from there.

I primarily work with angels, so I don’t have any suggestions for demonic spirits. But, Malashiel and Maltiel are both what are called, Preceptor Ishim of Elijah. Preceptor Ishim is a fancy title with basically means they were in charge of counseling and guiding him and teaching him how to be the man he became. And assertive he was. Perhaps evoke them and ask them to teach you what they taught Elijah that made him so assertive.

If you want to go the demon route I would say Marchosias is a good choice for fighters. Honestly, though, an invocation of Mars might be a better solution. You will get that assertive jolt you are looking for in spades, maybe too much so, lol. Physical or metaphysical fight, btw?

Seems like something I’m looking for, do you have a sigil or symbol I can use to invoke Mars? 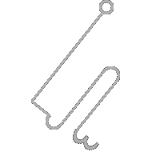 This one is Agrippa’s Sigil of Mars from 3 Occult Works, I believe. The Mars spirit name is Barzabel. This is a good one for causing fear in your enemies.

Wear a talisman of mercury or wear red clothes, it will help you a lot with this problem.

AWESOME YOU ROCK!! Defiantly will be calling him up

But all I have is a red Mario shirt

That should help you one up them

You can also give Halalhala a try, he’s very good at making people more confident in themselves, just don’t call him a demon, he hates being labelled anything, he might come off as overly aggressive at first but he’s really just filled with passion about what he does…So much of it that he’s probably beaten thousands of people to death with it…

Call me old school, but I thought - silly me - that the lhp was about ascent, becoming a living God. So why not do your own hard yards without resort to external spiritual entities? Imaging your lack of assertiveness as a thought-form and use a banishing ritual. Adopt the posture of Elhaz with palms facing skyward - best done barefoot on the ground the first few times - and call in the energy you need. The adopt the posture of Osiris Risen, liberating said energy throughout your body.

Also, study dress style and the Magick of colour. I never leave home without a concealed a weapon or two.

It’s kinda dangerous to wear all red in some places, especially if you’re trolling for demons to back you up, but if homeboy lives in the woods, I think he should be fine. Is Mercury the one with the snakes? Thoth and Hermes, right?

Yes, the god Mercury is the romanization of the god Hermes.

One of my favorites. I think I know him best as the Egyptian Thoth, but then you got your Hermes Tristemagestis or what-have-you. I love his seal. Very versatile.

See Atu I, whilst remembering that Mercury is the God of thieves. I came across a Magician once who was meditating upon The Magician and he got robbed. I’ve posted about ‘Active Taro’.

Why not work directly with the energy of assertiveness itself? There is an intelligence for any energy. Learn energy work (a good book is “Energy Work” by Robert Bruce) and bring that energy into yourself, settling it in your energy bodies and your own aura.

That’s what I do when I want to become something.

^ Agreed, try working with Solar energy for a start, you could begin with this and focus on banishing all negative thoughts about yourself and your fear of being judged:

This is a copy of a post cached by the Internet Archive from EvocationMagic.com, that reproduces an earlier post from Occult Forums: