So I’m having some real big issues with voices In my head. I’m going to explain everything so that you might be able to get a good idea of who these beings are and maybe how I can get rid of them.

How I got to hear them

Ok so since I developed some clairaudience I have been hearing them. They have been trying to talk to me for a long time. About a month and a half now. I can’t recall the first time I heard them because it just happened over time. But for quite some time(after a month after my first evocation) I have been able to see shadows move and light shadows move. I’m not sure if that has anything to do with them. I also always feel energy on me and around me most of the time. I am able to control it in some situations but most of the time it’s spontaneous. The energy is more like electric sometimes and vibrations. Nothing like energy being sucked from me. It’s like it’s being given to me or I’m able to control it.

They speak like whispers. I can’t always hear them but when I’m relaxing or meditating I can hear them. This is where things get a bit troublesome. When ever I evoke a entity such as Lucifer I hear 3 voices. I have developed distrust in every voice I listen to. They say random things but sometimes they make sense but in a questionable way. I can control what they say by getting distracted and they say what I want them to say. So there also some distrust there because it could my own thoughts. But if I have control over it it could be a thought form or a servitor, but I have never made one before. However I have asked Phul if she could give me some Undines but I don’t think she ever did.

However 2 days ago I got angry and I told them to give me a sigil or something so that I might be able to evoke them. That night I saw a sigil floating in the air after I woke up from a dream. They have helped me when I have asked for it but I have commanded them countless times to stop talking and they never do.

I can’t evoke anyone because of this. It’s too distracting with them and hearing multiple voices makes it extremely difficult in locating the actual being I evoked. Also it’s hard to trust what they say.

Last night I evoked Bune for the first time and I could hear a voice. It came in with a strong ring and the voice kept saying it wanted to make a deal. I said ok well take me to the astral plane and we will discuss it there. Last night it never happened. So I know that voice probably was lying.

I could do a banishing ritual but I don’t think that will work because I have command them to go away and I have asked several beings to help me remove them.

I never have the trust when I evoke to ask what is your name-what is your title and what is your field of knowledge that your most recognised for, because I feel like my thoughts will say it first because that’s how I think.

So I really need some help removing them. If anyone has any ideas it would be greatly appreciated.

Maybe it’s just a matter of tuning the frequency you’re in? Like you’re on a radio

As to how you do it… I hope someone answers soon

It could be your subconscious mind manifesting the voices, like it can do with images. And you can control them suggesting they might be your deeper thoughts.

I doubt its my deeper thoughts because I can control my deeper thoughts quite well. They also have powers to do things such as do the reverse as what I want. I messaged you about it but I will explain it for everyone here. I got angry at my friends awhile back because they back stabbed me and I commanded them to go just ruin their day but for some reason they helped me get out of the situation that I was in. So they differently do have powers such as showing me sigils in my mind. Last night I woke up and saw this in my mind. It was fading away so I asked them to keep it for awhile longer so i could draw it. 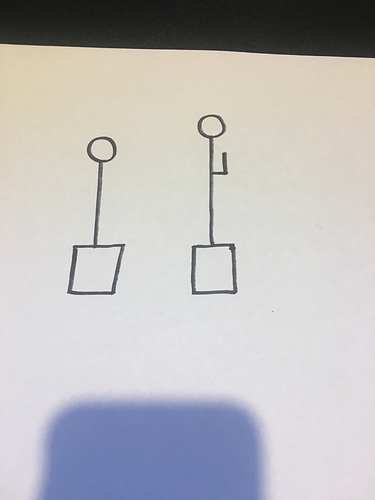