My experience with King Paimon

Alright, to clear things up I’ve already evoked and talked to King Paimon before, however this was our first working, and it was a success.
A unique one that is.

So what happened.
Basically, I had a major project due after spring break, and I pretty much didn’t start it.
Genious right? waited until the last moment and I realized it was too much shit, and I lost half of the crap I needed to even start it.
So I thought to myself…Fuck it I’m a black magician and I do what I will.

I then evoked King Paimon, told him that I needed everyone around me to forget that this project even existed.
Next day.
I get to class, the professor doesn’t even mention the project.
I look around, no one is either…?
I wait until the end of class, it’s like I never had an assignment to do.
A week passes and still nothing, I’m skeptical and wait another week.

Holy fuck it worked, King Paimon totally erased everyone’s memory of this project, keep in mind this isn’t just my professor, but fucking everyone.
That’s a lot of people.
The next class my professor asks about another assignment if I had finished it
“Oh fuck I forgot”, before I could even speak the fire alarm goes.
“No one knows why it went off it just did…”
I get back to class, and the Professor totally fucking forgot everything.
“this is fucking awesome”
Another week passes (this week)
Professor wants the projects.
I think to myself, what? I thought this worked what fucking gives?
I’m furious, but then I calm my self, and suddenly I hear a voice.
It was King Paimon, he spoke in a mellow voice, reminded me of an angel.
He then explained that he could not erase memories, but make them sink deep into the depths of the subconscious mind, causing them to essentially forget everything, however, memories resurface eventually"
He went a little more in depth of how the human mind and memories work.
He then made his last move, he made it so that my Professor, essentially didn’t care all that much anymore about the project.
In the end, I got a bad grade (obviously)
but it didn’t affect me like it was supposed to originally.
This major project, in the end, didn’t affect me at all.
Because the truth is, my professor is a bitch.
She nags at us for not doing our projects
Come on we’re not fucking kids.
King Paimon searched my heart and saw what I really wanted.
I just didn’t want some angry woman upset at me for not doing a project.
And in the end, I got what I wanted. 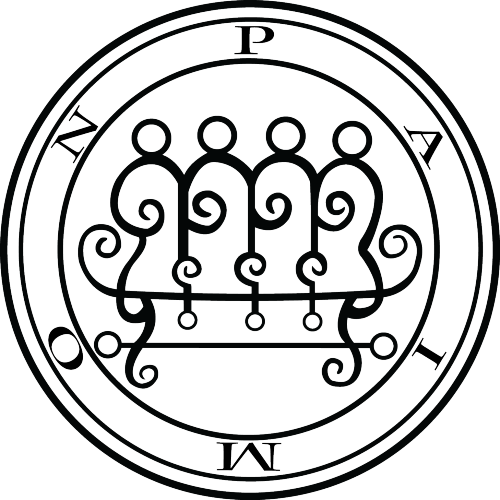 that’s awesome. can you share how you evoked king paimon exactly