My experience with Astaroth

I would like to share my experience of communication with Astaroth. Perhaps it will be interesting to someone. I began to feel his presence from childhood. There was a rather unpleasant feeling that someone was watching me, and when I went to bed, I felt the breath on my face. When I was sleeping, a tall, black-haired man with pale skin, black eyes and black clothes came to me in my sleep. He seemed to be watching me. Everything changed when I turned 20. Then I became actively interested in magic, meditation and tried to communicate with spirits. And one day I was attacked by fear. A terrible fear, after which I seemed to be switched over and since then my serious communication with Astaroth began. In addition, I can feel his emotions, which of course can be difficult to perceive. At the very beginning, due to fear, I did not want to communicate with him and it became a real torture. My consciousness seemed to be crushed by an unimaginable press and this happened every day, until I agreed to communicate with him. And I cannot refuse from my side this communication, otherwise serious troubles begin to occur in life. In addition, he requires respect for himself, but he will also treat in return. Any rudeness or disdain towards him causes serious discontent. I do not do special summoning rituals, since he comes when he wants to. Below I have painted his portrait, as it seems to me. 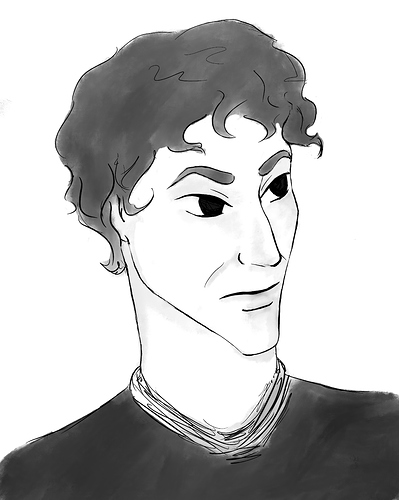 Listen,I agree that Astaroth could be harsh sometimes but its not definitely the spirit to ignore,if you are black magican he could be very useful to develop psychic abilities.I am working with famale aspect,I had taff situation as well but now everything is in balance.Try to evoke him often and you will have a friend for life,give a shoot,he will not ruin your life ,he wants to teach you.

You’re right! I did not expect him to appear in my life so much that for a certain period I did not want to communicate with him at all. But now I am gradually starting to rethink the relationship with him. I did not work in the field of black magic, I just tried to communicate with spirits. I’m interested in developing the ability of lucid sleep and astral travel, perhaps astrology and palmistry, but does Astaroth specialize in this?

when I went to bed, I felt the breath on my face. When I was sleeping, a tall, black-haired man with pale skin, black eyes and black clothes came to me in my sleep. He seemed to be watching me. Everything changed when I turned 20. Then I became actively interested in magic, meditation and tried to communicate with spirits. And one day I was attacked by fear. A terrible fear, after which I seemed to be switched over and since then my serious communication with Astaroth began. In addition, I can feel his emotions, which of course can be difficult to perceive. At the very beginning, due to fear, I did not want to communicate with him and it became a real torture. My consciousness seemed to be crushed by an unimaginable press and this happened every day, until I agreed to communicate with him. And I cannot refuse from my side this communication,

Are you certain this is “Astaroth” - could this be another spirit/demon ? Has he introduced himself as Astaroth ?

I have asked many times who he is, because I myself was not sure what he was. But the answer was the same - Astaroth. He denies any other names of spirits.

Do you think this is not Astaroth?

I believe if Astaroth is connecting you with her ‘masculine’ energy this may need to have some investigation. I was always under the impression, that Astaroth will only present herself as a male energy if she is angry, or something is quite out of place.

I believe her to be the ancient spirit ‘Ishtar’, and when invoked by Solomon appeared in a masculine energy as she was probably angry. All I can say, is honestly I find their is no harm maybe trying to work with this spirit and present it with offerings to make him/her happy.

(Oh, and your drawing is quite good! actually reminds me of King Paimon!)

Is there a difference between Astaroth and Ashtoreth? Aren’t they god and goddess? Or am I confused with Astarte?

That’s just different spellings for different areas that worshipped her, it’s the same.

I just get confused every time I see the spelling of “Astaroth” or “Ashtoreth”. I’m already under the understanding that Astarte and Ishtar are both the same being.

Maybe I’m wrong, but I specifically asked Astaroth about his connection with Astarte. He says that he is a man and has never been a woman. Although he knows Astarte. Moreover, I asked him to give more detailed information about him and I found information about Astar or Attar. He was the supreme deity in Yemeni in the Sabaean kingdom. But he used to be an angel.

Astaroth separates himself from Astarte or Ishtar, claiming something is a man. I don’t know what he might be angry with or not. Perhaps the reason is my agreement with him or my oath, which I have been dragging on from past lives. And this is a very interesting story. Because this is the first time I’ve heard of the oath between the spirits. When a spirit gives a small part of its energy to another spirit and vice versa. Because of this, a very strong bond is established between them. This is something akin to twinning between people, but the effect is stronger and deeper. King Paimon told me about this a little and then Astaroth in more detail, when I asked for more explanation.

For me, Astaroth and King Paimon are somewhat similar. Both of them are thin, tucked up, and their hair is approximately the same in shape. Only Astaroth will be taller, and King Paymon has a darker skin color. Thanks for rating the picture)

I think it would be a good idea to leave here the information that I additionally found about Astaroth:

Astar is one of the most mysterious deities of ancient Semitic mythologies.
In West Semitic mythology, Astar was revered along with Astarte (supposedly, as her husband). In Yemeni mythology, he was the supreme deity (revered in all states of Ancient Yemen).
It is believed that Astar was a formidable and powerful deity of war and at the same time a protector who protected “from all destruction”, as well as a deity of fertility. He was the keeper of houses, tombs and more. He was also considered the patron saint of the royal power in the Sabean state (in Saba, Havbas was considered his wife and / or his hypostasis, in Hadramout - Astaram, but there were other hypostases). The most famous hypostasis is Astar Sharkan (“Eastern” or “Ascending”). Many officials in the Sabaean state were priests of Astara, there were numerous temples.
The sacred animals of this deity are considered to be a bull and an antelope. Astara symbols: spear, door (or hand and door), disk (over the lying crescent moon).
From the middle of the 1st millennium BC. e. Astar gradually begins to be ousted from the position of the supreme deity by local gods.

Today, thanks to the raised topic of the origin of Astaroth, I again decided to ask him about his origin, and this is the answer I received: “I am not related by kinship with Astarte. This is the legacy of ancient people who attributed various connections between deities and spirits. If you want to know who I am, do not look for detailed information on the Internet, it is mostly erroneous and incomplete. You will find only grains of truth, and everything else is speculation and fantasies. "

Well astaroth had once appeared to me as a warrior goddess with a very long nice sword. She wore nice medieval clothes. But on meditating more she had me call her anat

This means that you are communicating with Anat. In West Semitic mythology, a goddess associated with hunting and war. Ashtoreth or hellenized Astaroth is an epithet and it belonged to either Anat or Ashera. Therefore, she asks, apparently, to call you by name, and not by epithet.

What current nations does Anat come from? Palestine, Syria, or somewhere else?

I thought that the spelling was Asherah? I never saw her name spelled the way you put it before.

This is Ugarit, the territory of modern Syria, and also Egypt.

This name in Russian transcription sounds like Ashera. In English Asherah.

And now I would like to tell you how the direct connection with Astaroth occurs. When I contact him in the form of a channel, the communication takes place in a question-and-answer format. And the answers come quickly enough, but if you communicate for a long time, my head starts to hurt and I feel sick, as if something presses on my head. In the process of meditation and communication in this format, my image is far from human. And, accordingly, Astaroth does not perceive me as a person. Below I attach an image of myself in this image. What do you think it looks like? How do you communicate with Astarot? 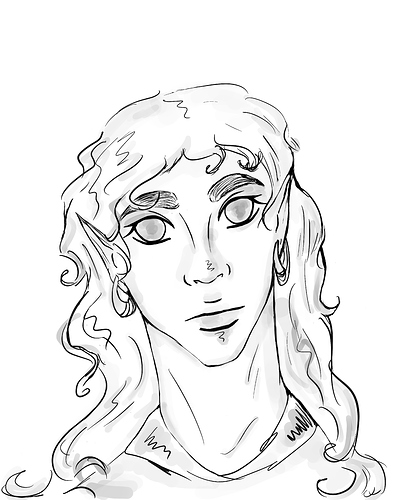