Hello all I summoned 3 angels for money elubahtel and 2 others my money income stopped my business is dying I am thinking of switching country which might end up extremly bad if they are not on my side, I am thinking of calling the Demons again atleast Azazel, one other thing might be Yhwh might be fooling with me because I use his names in the lesser banishing ritual. Things were awesome before theses angels and Michael I think gave these books to me. What do you guys think everything is at peace but there is this passivenes and decay. Before this I had succes with Michael Azazel and Lucifer and Fehu runes. I must include that there is a spirit of soekind of laziness and passivenes in me which It was never there I think it is a spirit trying to hurt me. I need you advice bad times have come agan and I must make carefull decisions may the Gods help me through your comments

also my question is in the topic

I’ve worked with Azazel and the four archangels including Michael in the same ritual two or three times and never had an issue - it was his idea and they didn’t say anything negative, and the ritual worked out great.

I would cleanse my whole house and self, banish the passivity, and see what I could do about switching up the energy. Maybe you’re passive for a good reason, like this isn’t the right path for you and you just don’t have any interest in this business? Maybe you just need to clear the air and get the stagnant energy out. It’s hard to say.

A divination on the issues would help identify what’s going wrong.

Things were awesome before theses angels and Michael I think gave these books to me.

Which books do you mean?

Are you asking for guidance about moving to the other country? It is a good time to do it since ther was just a solar eclipse.

Angels and demons in general get along better than most people assume. I don’t know the exact nature of Michael and Azazel’s relationship, but it doesn’t surprise me that they got along.

d see what I could do about switching

all the books of gallery of magic I used the money making ones well I think nitika backfired and the 3 archangels also elubatel etusuel and one more they are I think from new avatar. Please give me some advice about the cleansing I shower everyday and do the leser banishing and invocing every day I included metatron and sandalfon in it for above and below also what other names can I use instead of yhwh adonay and eheyeh

I would say do the cleansing in your own name.

Maybe this is just me, but the whole point of a good cleansing is to get everybody out and the place back to an entity-free baseline. The WHOLE place - all the corners, between the walls, the rafters, the foundations, all around and above and below, the garden and the neighbors apartments too if they are in the same building. till it’s so empty you can hear a spiritual pin drop. So I wouldn’t call on more entities while I’m actively trying to get rid of all of them. That defeats the purpose, imo.

You yourself are already a strong spirit, you only need your own will and intention, so stand in your power, be polite and there you go… a bit of incense doesn’t hurt. Smudge yourself including your armpits and groin and under your feet where stagnant energies can gather.

I don’t see what is “ripping you apart”? These entities aren’t human and don’t have the same low-density pettiness humans have. Don’t project human politics on to them, you will create problems by the power of your own expectations.

I wouldn’t personally, but my only personal experience of trying to talk to an entity called yhwh, was that there was almost nothing left to call an entity - I found an almost catatonic shell, staring out a window that couldn’t hear, couldn’t turn and look at me, wasn’t aware of it’s surroundings, like an invalid with severe ptsd stuck reliving horrors in his head, in the care of others. I felt really sorry for it and I’ve pretty much left it alone ever since.

I will add though, over the centuries that name and variations of it have been taken by many entities, some just filling in the title, some impostors. I have no idea if the one you mean is the same one.

well what godnames sshould I use in the lesser banishing ritual

None but your own great name. Don’t call any entities, don’t lean on others, stand up in your power.
You’re human, that makes you one of the strongest spirits in the universe by definition.
You must remember how to trust yourself.

Don’t project human politics on to them, you will create problems by the power of your own expectations.

Prime example. Stop thinking Yahweh might be trying to trick you. You attract what you expect, what you fear, and what you love.

I must include that there is a spirit of soekind of laziness and passivenes in me which It was never there I think it is a spirit trying to hurt me.

I get the sense there’s some momentum behind your situation, so it will take a bit of time to reverse it.

Read Ask And It Is Given by Esther Hicks for help to change your vibration through your emotion and thought. Vibration has everything to do with this. You’ve simply gotten off track with your vibrational frequency, and have become “squirrely” as AH would say. It’s fixable.

In the meantime, there are spirits in the GoM books that can help you get productive again, and help you fix your business. However, you must change your thinking and your vibes, stop focusing on the spirit you feel is messing with you, and tackle your fear. Start with Tofiel in Angels of Alchemy to calm and remove your fears and worries. Then work with Iophiel to help you get back into a state of appreciation (that power isn’t listed in Angels of Alchemy but it is one of Iophiel’s powers). If your tendency to worry and be suspicious is deeper rooted then there are Goetic demons who can help you such as Cimeries.

I’d also strongly suggest being more discerning, and less naive/gullible. Just because someone said that Yahweh is a trickster, it doesn’t necessarily mean they are correct. It’s an opinion expressed as a “truth”, but really the only one who it’s actually true for, is the one who chooses to believe the idea that Yahweh is a trickster (or whatever).

I must include that there is a spirit of soekind of laziness and passivenes in me which It was never there I think it is a spirit trying to hurt me. I

Have you considered Belphegor or another Spirit of Sloth being with you?
I’d recommend you contact Belphegor.
If he’s not the Demon causing your lazyness,
he can at least help you utulizing it as a tool,
or getting control over it.

(I’ve heard he’s all about “working smarter instead of harder”, but i don’t fully trust the source it came from.)

In terms of having to move, and seeking to make sure everything goes well,
Zagan comes to my mind aswell.
He’s pretty great in manifesting big changes to life circumstances.

than you for your support all
^-^ 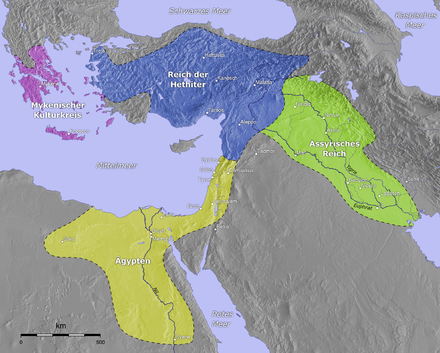 I would say do the cleansing in your own name.

I second this. Especially taking your history into consideration and bad experiences as you called it with Daemons and now these “Angels” I hate to say it but I was somewhat expecting it. You need to put yourself back in the driving seat and have absolute conviction that these entities are not the one’s posing as both Angels and Daemons to use you as they wish. When you were excited about the random information they were feeding in one of your posts, this is the moment they won you over…