I am a 64 years old man.
I have been sexually involved with several demons for many years now.
Feels very much like bio-electric forces that massage and caress my genitals, prostate and pelvic regions. Certainly not a human type of feeling.
All I can do is lie on my back in a state of virtual paralysis and exhilaration.
All I can see are some blurry sparkles or orbs; I can hear very slight suction-type sounds near my genitals. The only evidence from me is a very small amount of clear and sweet-tasting discharge.
This happens 2-3 times a night and each encounter lasts 40-60 minutes.
I am a very happy and contented guy who is of sound mind and healthy body.
LL

Low energy and all that.

Long story short my scene partner was like, “omg I think that was my best scene yet, it’s so weird it felt like something was moving me”

(While inside I’m all like, "OMG IM A BLACK MAGICIAN/WITCH THAT WAS SO COOL, YOU FELT MY SEX DEMON ENERGIES FROM MY PACT WITH ASMODEUS!!! OMG OMG OMG I HAVE TO TELL YOU ABOUT MY INFERNAL EMPIRE!!!)

That’s amazing - must have been hard trying to hold back the laughter.
it’s frustrating not being able to share my darker side with anybody - but also kinda cool as well

Two weeks ago I decided to escalate my satanic meditation regime and I am already enjoying the results.
There has been an obvious improvement in my ability to connect via chakra intercourse and to also perceive and experience other intimate sensual connections - touch, visual and audial.
I have been experiencing a strong sense of a demon lying down next to me in bed
However, the most powerful change has been an intense and constant massaging and probing of my genitals to the point of mild ejaculation. Hail Satan

So I, Zoclora, finally have a story to post. It is one of a person well known and loved lol…” It is old but I think you may like it. It’s from a journal entry.

I basically had a funny experience with the very well famous Asmodeus. He honestly seem to help me with my emotions quite a bit as of late and definitely helping me with my depression waves.
So the other night I got Belial his cake and shared it. But Iv also been having bouts of depression as well lately. So while I was sitting there taking a bite of cake I couldn’t help but to feel sad. I couldn’t eat any more of it so I put it on the floor next to my bed. I laid there thinking I should just go to sleep when out of nowhere I heard “I want pepperoni pizza” I blinked and I heard again “I want pepperoni pizza” I then understood it was Asmodeus and I told him I will get a small to share tomorrow.
I felt him descend near from the ceiling onto the bed next to me in his “normal pose” of propping himself with a arm and his hand holding his head. He asked me “What’s wrong?” I told him basically and he seemed to understand. Basically part of it was how I can’t seem to talk to them how I want to in my dreams and how I feel limited right now. On top of that the delays going on and such. He reassured me that it’s just going to take some time but for me not to worry.
I laid there looking at the ceiling when I then heard what sounds like him eating a piece of pizza. I asked him “Why do you want me to get you a piece of pizza tomorrow when you have one right now?” He replied “Well I want one from YOUR work.” I could imagine him poking a finger to make the point. I then said “Ok. I guess that makes sense. So why DO you like pizza so much??” I then felt him become a “poet” and said “Pizza is pleasure. It is like a forbidden fruit for people. They can’t get enough of it. Why do you think so many people eat it so much?” I shrug and said because it’s good. The next part…only he would come up with this, not even my own purvey mind can “Pizza in a sense is like sex. You have your sausage and your cheese.” I then got an image of a whole sausage he then continued “So when I eat this pizza I enjoy every bite, it’s like…” I basically cut in laughing, blushing and told him “Oh god I DONT want to know. “ I felt him smirk. In that point I wasn’t sure anymore if he was being serious or simply trying to make me laugh or both.
I then decided to try and sleep. I couldn’t fall asleep right away. I opened my eyes and saw my phone light up. I looked and saw Orlee doing another live stream. I said “Sleep can wait ” She started he stream and the topic was just to grate. It was about the new Asmodeus book and she read a bit out to us. The coincidence was to grate. And this experience honestly made me laugh and made my depression go away for a bit. That night I also had a vision of him as him for the first time. He came to me in dreams a few times but took on a another appearance. This time I saw him more of what I feel he looks like. He had the black and white suit on with a loosen tie. His right hand in his pocket while the other was smoking what looked to be a vape pen of sorts. He had light blond hair That had some pink and green to it went a bit passed his ears and it covering most of his eyes. He looked as if he just had “fun” and was taking a breath of air and having a hit. He looked messy but in the hot messy way you see at times in anime. I felt he was in content and his normal “smirking” self.

I’ve been chumming around Orobas lately. The oddest was when two black stallions were down by my circle at 3 am and disappeared right behind me.

Found this in the forest 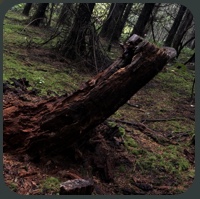 And the sexual energy has been just huge. I haven’t looked up the various horse entities in a while and I was never a brony but time and time again orobas was popping up and Buer.

Its halloween on a sunday. Time to get mounted

I keep having these dreams and/or visions. I’m posting here, because some of my other comments about my dreams got moved here. I go where I’m asked to go, generally, unless you’re attempting to escort me away from the bar at closing time.

So, I’ve been visited by these various beings, all male. The dreams are different, but as I’ve posted here before, they all generally have to do with an initiation of some sort.

Please keep in mind that I’m an old, gray, wrinkled meatsack. In actuality, who would want me? These people do.

I’m often being initiated into some kind of cult, usually magical, and somebody who appeals to me sexually comes out to do his thing. And his thing is seducing me. It’s usually part of the ritual, or immediately follows the ritual.

The man is almost always the type who can grow long hair. The hair and eyes may be of different colors each time, but it’s the same sort of man, and he has long hair.

Can only long haired men seduce me? No. Just about anybody can, given enough liquor on my part, and effort on theirs. But in the dreams, it’s almost always the same sort of man. He’s done this before, and he’ll do it again.

He absolutely wrecks me sexually. I mean that in a good way. But, he goes to someone else soon afterward, and I realize that he’s just some kind of spiritual pollinator.

I’m not that special to him. He’s just a collector of souls.

Other people often try to stop our unions, but it happens, and I’m glad it happens.

The thing is, I don’t know what it all means. Why is he this type of person, and why does he want me to be jealous? I’m not given to jealousy. He taunts me, and expects me to respond, which I often don’t, out of personal dignity (such as I possess it).

In the dreams, I also shift between gender identities. I’m not sure what’s up with that, either, except to teach me that whatever gender I am, I’m still me. The old hag, the old guy, the old thing without identity that can be screwed into infinity without quarrel.

Maybe I’m not actually quarreling or dissenting, but I still have questions.

Oh… what did I find