Thanks Arathron! I forgot about this magick I did and apparently that was a good idea. Anyway, my result has come in the most amazing way, and I’m pretty sure you, along with the other spirits, helped to bring it to me!

Thank you lilith for your gifts and wisdom. I am forever greatful.

Duke Zepar
One night stands and a host of other morally questionable love/sex workings, Zepar is your demon…just be ready!!! 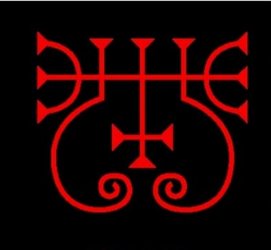 I want to throw out a huge thank you to archangel Raphael for healing a co-worker of some nasty covid stuff. Hes not 100% back with his family yet, but after weeks of wasting away in a hospital bed, I finally got word today that he’s finally strong enough to get up and move around. This is phenomenal news considering how close everyone thought he was to death not even a week ago. Now for the long slow road to a complete recovery. Praise the archangels.

Thank you to Andromalius for helping me today. Instead of refusing to help me like in the past, you guided me to make the right choices once I calmed down and was of sound mind. The outcome resulted in me receiving something better that means more to me than the item that was lost. Thank you for your patience, I appreciate you.

Sometimes it is the not knowing…and the hoping that does the damage. Thank you Lord Lucifer for making the matter clear to me.

Raum has been AMAZING to work with and I am incredibly thankful. Six months ago an ex who owes me thousands of dollars was refusing to repay me. Unfortunately, because we only verbally agreed on the loan and the terms of repayment, I had nothing in writing so I had no legal way to recover my money. So, I turned to demons. I decided that since this person did not want to be responsible in repaying his debt, he does not deserve to have an income. I asked Raum to get this person fired from his job. 23 days later, my ex texted me that his company was folding and he lost his job. The funny part is, the day he lost his job would have been our 3 year anniversary.

Anyway, it’s now been 5 months since dude has been unemployed and NO ONE will hire him. He’s even been applying to retail positions, gas stations, dollar stores, temp agencies; he is desperate for any work but he can’t get hired anywhere. I’m pretty sure he’ll be homeless soon, if he isn’t already. I know it’s thanks to Raum. I couldn’t be happier

Play with my money and I will play with your life.

I just completed the Master Curse on this same target. I tried to make amends with him last month and to be peaceful, but he continues to be nasty to me, which is fine. If he wants a war that’s 100% cool with me because I am making sure I win. I can’t wait to see what Shaz, Sabnock, Raum, and Glasya-Labolas have in store for my target.

I want to give my heartfelt thanks to the archangels Gabriel, Raphael, Haniel, Michael, Camael, Raziel and Metatron for listening, guiding me and bringing me what I desire.
May they be blessed in the name of IAO/YHVH for all the benevolence, patience and kindness they showed to me and others who asked for help.

The outcome resulted in me receiving something better that means more to me than the item that was lost.

ANDROMALIUS!!! What a wonderful surprise this morning…My lost item has been recovered!!! There was no way in hell the item could have been found. We searched and searched and searched, looked everywhere!! I thought it blew away in the winds, lost forever!! It could have been anywhere by now, but it was right in front of the house, where it wasn’t before. Thank you again, I have tears of joy right now.

If a lost item needs to be found or recovered, do not hesitate to call on Andromalius.

Hail and praise to AA Michael!

Thank you, Gremory, for working on behalf of someone else.
I encourage all to work with this spirit in matters of love, seduction or if you want gifts and valuables without seeking them.

Hail Mother Lilith for helping me to find a new and reasonable apartment in a short period of time, so that I can get my family out of a dire situation. It was much needed. My beautiful mother always comes forth from the Ether to watch my back and give me the needed love when necessary.

Hail the cosmic mother, in all of her beautiful forms.
Renich viasa avage Lilith lirach!!

I wish to give thanks to King Belial who prefers to communicate to me in cryptic and sometimes deceptive ways but always has my back in times of need. He helped remove a situation in which someone was trying to exercise authority over my loved one.
He is truly the Dark one, He who is without a Master.

Raum is such a creepy badass…I love it when the opportunity presents itself for me to make that call! 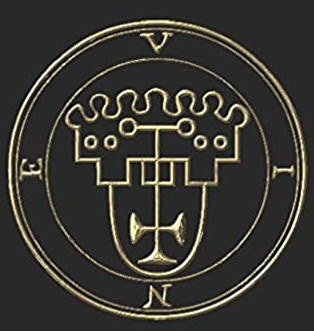 This is soooo sweet watching her try to reel me back in!

If you want someone to fall for you so that they become vulnerable to a spiritual offensive- call King Vine! This is absolutely, positively, NOT for reconciliation. This is to weaken an ex/ former thing so you can exact justice/ i.e. payback…
Hell to the yeah Vine!

He’s a warlord, not a love demon…but he will exploit the hell out of a weakness!!!

An apology to them for the delay, but I’d like to thank
Lord Belial, King Paimon, Azazel, Lucifer, AA Michael, Duke Dantalion for their incredible and much appreciated aid in helping me get to college. Thank you, no words will be enough to explain how grateful I feel for all of you

Its about that girl I have petitioned for months ago (In July I think) to date me or hook up with me, the Petition to ASMODAY. It was successful, but really wrong timing.

Even though its a bit too late now for many reasons (or its just my mindset that has changed) , I appreciate Asmodeus bringing results, Thank you.

I wanna thank Rentanez & Yekuzi for helping me reprogram my approach to my career. Devouring your own fears is powerful, yo! Spirits associated with King Paimon.