So guys, I was going through the forum reading on Lucifuge (my only contact with him was 11 years ago but I can’t recall any good or bad results because I was at a confusing stage of my life). And I saw a member here stating that Lucifuge Rofocale takes years from your life in exchange for his gifts.

Can someone coach me how to make a pact with lucifuge Spirits, Evocation & Possession

Find another demon. Lucifuge takes years from your life in exchange for his gifts.

Never I encountered such information anywhere else, and since no one knows how long they are supposed to live anyway, I find it hard to understand how someone can put the blame on the Spirit unless the magician drops dead on the spot. Anyone heard of any source to back this affirmation? Any stories you can share about results with him will also be much appreciated.

When you make a pact with him you can discuss with him the terms. He wouldn’t take anything other than what you agree upon.

Lucifuge Rofocale takes years from your life in exchange for his gifts.

My agreements with Lucifuge had nothing to do with my lifespan.

One person saying something doesn’t make it anything more than their opinion.

One person saying something doesn’t make it anything more than their opinion.

Very true but I’m always amazed by how quickly people affirm opinions as if they were facts!

And I don’t know that I much blame them. Happens all over the place, even in the Gatekeeper series or Wiccan books or…take your pick. It’s part of the process and I try hard to preface when something is my opinion or based on experience, because of this, but it’s not like I’m perfect (easy to see).

Based on their experience, someone on here could tell you that Belial loves Pumpernickel muffins above all others, while another offered them and they were rejected. Some people will say that Abbadon is still and Angel, while others will say he left that a lone time ago and transmuted.

We base our knowledge off of personal (UPG) and shared experiences (SPG). Things work for some and not others. It’s a bit of a mess, but reasonable analysis and healthy skepticism are fairly good traits to have, which is evident in your questioning what you read. Best you can do until you have your own experiences in that area.

I forgot to post, but I made a pact with him and I failed because I didn’t meet my end of the bargain. Which of course lead to some minor consequences: a family member passed, my dog got ran over, my business hit a down fall, and I’m in debt. It could have been worse…

Apparently he didn’t fulfill his end of the bargain so a lot of bad stuff happened.

I was so curious to dig deeper with this spirit but being an anxious person I think I’ll pass, at least for now.

I’ve worked with Lucifuge Rofocale a couple of times in the last year. Quick results as was what we agreed to.

My end of the bargain didn’t involve years being taken from my life. As per my agreement with him I cannot discuss what the payment was however I emphatically deny there was any agreement to take years away from my life. Further there never was even a discussion relating to that.

You gotta ask yourself a couple simple questions. What’s Lucifuge Rofocale going to do with a couple years of your life? What’s that even mean? How would that be enforceable, does he know exactly how long your natural life was going to be?

None of this passes the smell test I’m afraid.

I know it’s what you read somewhere but I dont buy it. MAYBE that was the agreement of Joe Magus that brought this idea up but I’ve never heard of other magicians reporting anything similar. That doesn’t mean it hasn’t happened but like I said. I don’t buy it.

You gotta ask yourself a couple simple questions. What’s Lucifuge Rofocale going to do with a couple years of your life? What’s that even mean?

It does not make sense to me either. As soul selling in a pact, etc. I think there is a lot of superstition there.

I wasn’t so much thinking Lucifuge would ask for your soul or a loved one in a pact, but have random bad stuff happening as a side effect.

Also, if I may ask, in your experience can he be evoked normally with a seal or does it always require a formal contract? Or can you form a relationship with him and request things as we do with Goetic spirits and others?

Apparently he didn’t fulfill his end of the bargain so a lot of bad stuff happened.

Well, that does put some spin on what happened, doesn’t it?

I didn’t go to him expecting to make one. It was his idea.

Lucifuge sent a message when I stepped into my ritual space from the garage. He wanted me to contact him “later”. That time came in less than two hours. L: “How is it that one associated with worldly power is known for pacts and pact making?” M: “Because pacts can be some of the most valuable things a magician can negotiate? When done properly” L: “Yes, when done properly. (Obviously, you know this) but not effortlessly. Make a pact with me. I will tell you what to write.” So, I did. Effort…

I’ve worked with him in a the traditional evocation sense that you would a Goetic spirit and we’ve made an actual contract on one particular project.

I find him to be east to access, he attends quickly when called and delivers quickly. Not that you asked but another spirit I like a great deal is Prince Mammon for about the same sorts of things I’d be asking Lucifuge Rofocale for.

[quote=“Mike_Bee, post:11, topic:168673”]
I find him to be east to access, he attends quickly when called and delivers quickly.
[/quote] I’m attracted to him because he seems into bigger projects and a kind of more spectacular wealth.

Prince Mammon for about the same sorts of things I’d be asking Lucifuge Rofocale for.

Once tried a box spell with his seal but got nothing. Maybe because I was under the impression that Mammon is a metaphor for money and not an actual spirit. Maybe just the seal is better?

Well, that does put some spin on what happened, doesn’t it?

So you think it’s safe as long as you keep whatever you agreed with him? 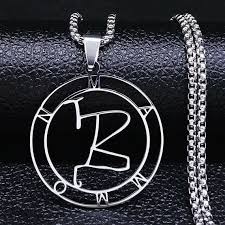 This is the seal I used for mammon and I knocked it out of the ballpark on very first project with him.

Biblically his name is synonymous with money and used as a metaphor to describe a person’s relationship to the material. Thus Jesus saying “you cannot serve God and mammon at the same time” or something to that effect.

He has been called on by magicians since the medieval period though from what I can tell. To my knowledge he’s the ruler of Pandemonium.

I realize this is somewhat off topic and I’ll get back to it now.

Yes Lucifuge Rofocale can deliver big ticket items and dreams pretty easily. I like working with him.

Fascinating, thank you! I had Mammon on my list… I might confirm it now. I don’t think I’ve seen that seal before but I’m strangely drawn to him.

As for Lucifuge, I saw many exciting stories about him. So tempting but I really want to be sure. No point in starting with nagging fears. It will hinder the magic at best.

Yes, I was confident that I could keep my end. It’s an ongoing thing and will be until he or I invoke the cancellation clause. I encourage those with pacts, but they have to be negotiated. I also encourage time limits where things may be negotiated again to continue.

As for Lucifuge, I saw many exciting stories about him. So tempting but I really want to be sure. No point in starting with nagging fears. It will hinder the magic at best.

Lucifuge Rofocale is a great and powerful demon.
I worked the last 6 months exclusively with him and he taught me a lot.

I highly recommend working with him extensively and not just limiting yourself to what is described in the grimories.

He is also the Lord of Rage, Hatred and Vengeance.
Who has the power to bring deformities and diseases.
Lord of the Pacts, great master of spells and the occult.
The one who controls all treasures and riches of this world and this universe.

The one who controls all treasures and riches of this world and this universe.

I love that side to him. May I ask if you experienced considerable changes/results wealth wise by working with him?

Who has the power to bring deformities and diseases.

That’s the scary part. Do you think he does that to your enemies only, if required, or can it backfire on the evocator, loved ones, etc?

I would love to work with him because I am fascinated by spirits who are connected with massive wealth, opulence, ambition, worldly power, luxury etc… But I need to assure it is safe (as long as you show him respect of course).

All I can say without the risk of bragging is thanks to him I never lacked anything financially.

I read on your profile that you have 20 years of experience so you should know that with any entity this is a possibility.
But I don’t see why something like this would happen if you work correctly.

I recommend asking him directly about your doubts. On top of that, Lucifugus is a great teacher and a good provider.