@luxfero I tried looking everywhere for the Egyptian Book of The Dead. The one with that photo isn’t on Google can you show us the title of the book you have?

@luxfero do you know what each one does ?? What powers do you have ??

Nice thread luxfero, thanks for sharing the knowledge!
Quick question can the spell used for drawing more business and especially agricultural related businesses be used/carried by someone that does not have a physical location for his or her business?
Thanks in advance for the answer.

do you know what each one does ?

They are Beings that does varieties of things; for example Ubuntu can point out where treasures are buried, give lottery number, and more.
Driffon is a great Familiar Spirits with lots of Servants, he was one of Solomon’s familiars. He’s not infernal. So if you know the works of familiar spirits, you get what he does.
Lomaro and Lumero have helped me win a footballs match before, they are also warriors who can fend off parasites and some other disturbances.
All those on the list are fighters; so their work is not one. They also have abilities relating to their planets.

can the spell used for drawing more business and especially agricultural related businesses be used/carried by someone that does not have a physical location for his or her business?

There are spells, talisman for this kind of thing, like sending positive energy, improvement in all their endeavors, et all. And it will be very effective.

It’s like remotely landing a missile or drone. So YES is the answer.

Also has anyone worked with the fae spirits here?

I have there pretty good.

Nice do you mind sharing which fae spirits you worked with and there abilities?

These really should be published into an actual book. This is like a step up from the Damon Brand/GoM books.

I can feel the energy from the directions and graphics given.

I have them one request help this package come for a friend. And no package theifs

It’s been a long time I post here and that’s because I run a blog now.

I have something I think some of us need, what some of us lack. I see people looking for protection, something to always shield them from evil eyes, evil people, evil spell casters, but they get scammed. Some people even attract parasites into their life.
I see how the innocent are been tortured and how those who do this evil works only do it to gratify their own vain glory.

This Spell/Charm is a sort of protection but not totally a protection. It will shield you from some evil works; let’s say someone sent you an evil attack it can destroy it. If someone always wish you evil, the spell will let the evil fall on them. It’s mainly to torture and hurt those who want your downfall. It’s not a big wall of protection.
The spell isn’t directed at anyone, because if it is so it has become a baneful spell. Just cast the spell, let it do its wonders. Even the enemies that are not visible to you, the spell will strike them.

Items you need for this are: paper, nail, rock.

Write on a small clean A4 paper: Set a wicked one to be ruler over those who hate me; let Satan stand at the right hand of those who persecute me. Let them be continually tortured; beat them down that they may rise no more. They should fall into the pit they dug for me; I should be victorious and them be put to shame.

Dig the ground, not too much, place the paper inside it and put the nail through the paper and push it into the ground (like you pinned the paper there). The part where the words are written should face down. Heat the rock, make it very hot, put it on top (anywhere around it. Then bury it. Cover that part of the ground you dug.

For those who have their senses developed, when this operation is carried out. You should do a quick scan of what you just did. Confirm it yourself if the spell is active and working or maybe you just did rubbish; because it looks simple and easy it may appear as if it’s nothing.

I’m opened to answer questions.
I shall drop something here once in a while.

This is great content and I would like to request anyone who has used the processes outline here to share their experiences so we can collectively grow in our art. So far I have used the ‘Òòmó’ from Abramelin’s Book 3 ch 27, and the fairy calls. My experience with the ‘Òòmó was limited as I already had a decent level of spiritual senses since birth but due to certain experiences growing up I shut them down so it wasn’t the best tool to “unlock” the restraints I placed on myself. That being said I still had very clear visuals occur much like before the self imposed locks. As for the fairies I worked with the sun, venus, jupiter and pluto fae. So far I have seen results from the sun and venus Fae and I am waiting to see results from the jupiter and pluto fae. What about for everyone else? What have your experiences been. 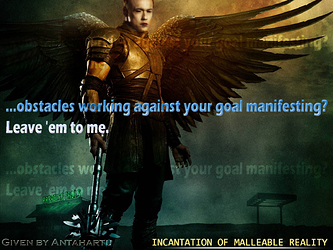 I came across this incantation give by @C.Kendall here
viz:

"This incantation was given to me not in demonic language, nor angelic but a whole other spiritual language entirely.

Given to me by Antahartu, right hand demon of Azazel, the cloaked figure who taught high preists and sorcerer’s in Egypt. 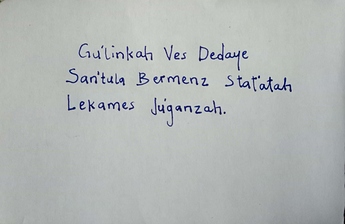 He explains in order to manifest something in reality sometimes there may be many obstacles working against your goal manifesting.
I think of it not so much as reality fighting back but instead resisting.
So recite this incantation over 40 times before performing a ritual, it makes this realm more weaker, easier to manipulate and change.
The many recitations has energetic reasons as well acts as a lesson of discipline which this demon is fond off.

This language has had many names.

It’s highly potent and should only be used in situations when you feel you absolutely need it.

I used to make incantations like this into seal, be it demonic or angelic tongues. It suffice and of more ease to use when it’s made into a seal than using the words, reciting it 40 times, 50 times.
To make it into a seal I will have to find the mystery behind the incantation, what gave birth to it, it’s planetary relation, the thread color that suits it, the recipes that will power or empower the incantation and more. To the extent that I will have to make sure that if it’s demonic tongues I have to know what type of Spirits are behind the incantation, are they those who render a service of 5% and take 20% away from your life.
I’ve faced incantation of such. The spirits said they will render their service but they will take away some part of the operator’s life. It maybe his good health, or weaken his power in a way he won’t notice or plant an evil seed that will strike him bad in the future, etc. And at the same time I’ve come across incantations which have good Spirits even though the Spirits are Demons. They take pleasure in been commanded with honor. They want the seal bearer faithfulness, respect. No consequences in using such incantation.

And I’ve fashioned this. This Incantation is one of the powerful incantation I’ve come across, and there is no consequences at all.

To prepare this incantation as a Magical Seal, write the incantation on a clean A4 paper (not the full A4), any day, any time with any clean ink.

Get a new clean paper, not big size, draw snake at the front of the paper and behind it draw a scorpion. Burn this paper with the animal drawing to ash, pour the ash on the paper you wrote the incantation. If you have a strong alcohol or gin at home, pour some on the incantation. Then fold the paper to the smallest it can get but not rough or squeezed, and wrap it with a Black thread. 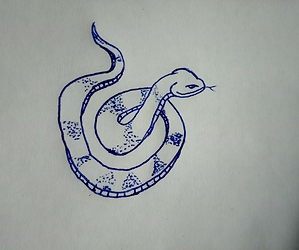 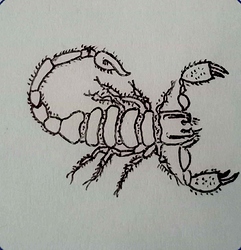 Thank you, @C.Kendall for this incantation.

I would like to make this Angel seal but i can’t see the hole text Luxfero?

Did you get what you asked for ??

Did anyone else use what Luxfero teaches here ??

me and a freind do and they work well

No perfume material needed in making this one