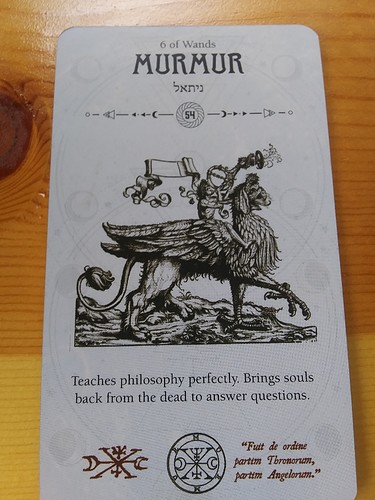 He was indifferent to the incense I had (sent out as intent), but then I remembered the joss sticks I have and he readily agreed to them. As I went to reach for the ones I bought from the Buddhist temple on Oahu, I felt I shouldn’t “waste” it and grabbed the Amazon ones instead.

I felt a certain “liking” for Murmur. Likely due to the dead and underworld energies. I’ve not worked with or called upon him in the past.

I’ve started opening some sigils lately by placing my finger on them, sending a little energy into it to wake it up, then…sort of…pulling it into me to fully activate it and get a sense of the entity behind it. Not something I would try against an unknown or one not well established. It’s a calling to and they are not alliwed to come through the sigil directly. I’ve done that with others (letting them come through). Moving on.

He felt like a black…something… Not evil, not malicious. Like a dark tunnel or corridor without any light. This was enclosed by his outer(?) personage or spirit, I’m not sure. He was interested in my reaction and amused. After I wrote that down, he closed it with his robe, like curtains or drapes on a window.

(The simplicity of the greeting threw me off after the…darkness")

Me: “Thanks for coming.”

(Before I got done with the agreement, he let me know it will be done by then (within 2 weeks)).

He accepted the agreement and left.

Due to some of the conversations lately about magic and stability, I’m adding in that I’ve been in ritual for a few hours now, since I didnt leave the state between entities. It’s time to ground, center back into “real” life and I’ll be back in ritual later for the Helios stuff. Gotta stay grounded or it’ll chew you up.

. Yeah he’s got style, so much style…
Keep us posted my friend.

He’s a bit of a showman, it seems. Really makes me wonder what he has in store. Guess I’ll know by 13 and a wake up.

Gotta stay grounded or it’ll chew you up.

Wonderful thread @norse900 I too am inspired by @Mike_Bee and got this deck. Finally came in today. The moment I saw it on Mike’s thread I had a pull towards it and I KNEW I had to get it, so I did.

My opinion, but the more time you spend not connected to this here-and-now, the less.grounded you come. Taken too far, too long, you stop connecting with the physical reality you have to live in.

I don’t think we’d be in these bodies without reason and I think that gets lost as part of the magical process and can be seen as a hindrance to it. I don’t see it as something that gets in the way, but enables other experiences I may have not had yet and “need” to.

If it wasn’t beneficial, I don’t think we’d be in them, but I leave the “why” and “what for” as it is. I don’t really know those answers, just have theories like everyone else that get tweaked as I experience more things. It also kind of means I should be present in the here and coherent enough to learn the right ones, if that’s what (part of) the point is. Grounding is the way to do that.

Like I said, just my opinion, not fact or law.

Murmur sent me a spirit to talk with me. He wouldn’t give his name and I didn’t force it. He wanted to show me something.

He drew a circle on the ground and a sort of black fire came forth. He walked in and out of the flames several times and I git the impression that it was a way to remove attachments. Make the flames as high as they need to be to clear them all up top.

With that, he left withput saying anything else. Interesting. Hail Murmur. 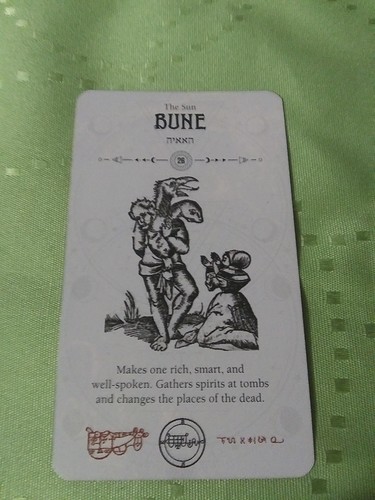 She accepted and did let me know it would deal with the dead, though I don’t know how.

Lucky lucky man, Duchess Bune jumped out for you.

I’ve enjoyed her presence each time, but don’t work with her much. Others simply came before her.

Who do you prefer for getting money and finance related matters handled then?

If I were calling on her for myself, it would mainly be for her connection to the dead. Should’ve clarified that.

Money matters, yes, I call on her.

I do still have to work for a paycheck, so maybe I should call on her more?

I was taking a break from unpacking when I felt Duchess Bune come into my space. She circled me a few times and so noticed a human spirit so old he was almost a shade (this is just what came to mind).

B: “He will serve you (he wishes to). Write down his name as you can call on him.”

I wrote down his name and got a simple sigil from him. The two together would be enough, he said, if I forget his signature. 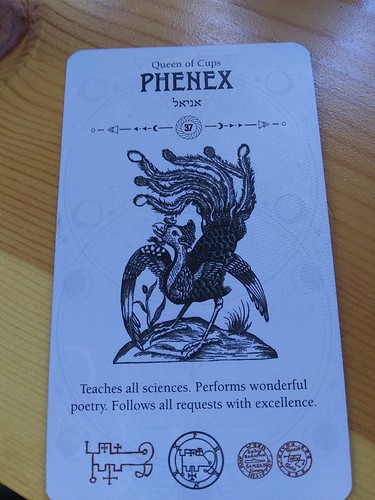 I could feel his attention as I looked at his card. When he answered, he was behind me, with a human shape, but with a plume like a Phoenix or a peacock. I also thought of a turkey at the moment.

P: “Read me ypur agreement, that I might accept it”.

(I read it and he accepted)

P: “I will give you a lesson in Science that you will find Occult use for”.

M: “I don’t normally mix Science and the Occult. (The two dint typically work out)”.

P: “You will this time. You will see.” (This was said light-heartedly).

I thanked him and he left.

You’re going to really like working with Marquis Phenex. That spirits a true gem.

I was drawn to start looking through sone news feed, the Marquis coming more to mind as the afternoon moved on. I did it several times and didn’t feel drawn to anything.

Until this came along. 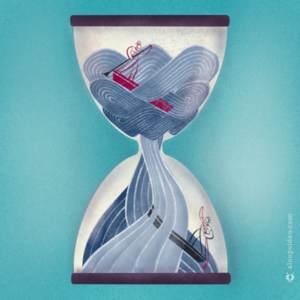 In the quantum realm, not even time flows as you might expect

A team of physicists at the Universities of Bristol, Vienna, the Balearic Islands and the Institute for Quantum Optics and Quantum Information (IQOQI-Vienna) has shown how quantum systems can simultaneously evolve along two opposite time arrows -...

A very interesting article about entropy, time, and quantum mechanics. The part I was drawn to the most was entropy, but I’m not sure why.

We’re getting ready for dinner, so I’m not in a spot to call him up, but he’s listening and aware. Thank you, Marquis.

I’m hearing the Marquis as I’m waiting to order. The entropy is directly related to my work with Tiamat, which has taken a bit of a back seat as I’ve been dealing with my household goods the movers delivered. She and I had started speaking about Chaos, Order, and the mixing of the two in everything else. Well played, Marquis. 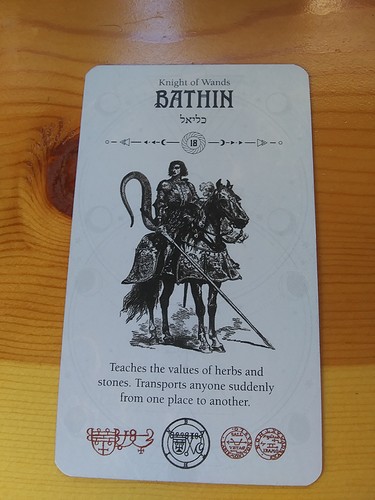 I am in the restaurant and had hit up Lord Bathin at the house. I spoke the agreemwnt as best I could remember, not having my phone in front of me. He indicated he would honor it…and the one I had written out.

I’m not sure what he has in mind, but I’ll know soon enough.

I was given the impression to draw two cards before I left for Atlanta. Which would’ve involved competed Phenex AND Bathin, in order move to the third. Which seemed unreasonable, but I listened all the same.

I was thinking of Bathin this morning, really hoping for some cool lesson about trapping or binding something to a stone in some way I didn’t know or some other lesson that would beneficial.

In this case, if was the third area, transporting people. Or, rather, stopping someone from transporting. I didn’t realize the parallel until I checked into a hotel near Graham, North Carolina, almost exactly halfway between Atlanta and Maryland. I had to get the hotel because my car was making sounds, the engine line came on, and acceleration became difficult without aggravating the issues. I just happened to be at the exit for Graham.

We started driving it to the dealership (which was closed anyhow, because it’s fucking Sunday) and turned into a lot that happened to be for a Catholic Church. We did only have to wait for an hour for the tow truck, so that was good.

First stop, a chain repair shop that was actually open. Which said we had to take it to the dealer while we were eating lunch. The repair codes and all that. But, they didn’t charge us.

Next, the closest hotel I can get to without getting on am interstate. Couldn’t go more than ten miles an hour. We found one and they had availability. Still within 3 miles of the dealership and they said they expected plenty of availability tomorrow. A free cocktail or beer during Happy Hour! It just set me back about $150 minus the deposit.

Once I realized the connection and reached out, I felt like he had this shit-eating grin on his face. All right, you got me there. 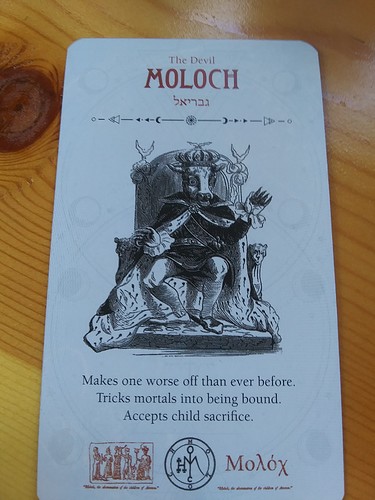 Aa I read Moloch the agreement, I had to make a stipulation that my child not be harmed in any way. Looking at the card, it’s not hard to figure out why I was a little cautious.

He sent back a reply that he was maligned by history and that he would show this. Seemed genuine. Should know in the next two weeks.

In bathin and knowing you had an upcoming trip, I knew bathin would be involved somehow on transporting. It would still be interesting to know how to bind an entity to an object like a stone, or hidden herb remedies or travelling balms. Astral travel as well. Perhaps he can transport your u instantly to a different plane, dimension, world, or realm in AT/SJ.

The descriptions of Moloch are kinda concerning.
However, it’s interesting, the sequence of events, and seeing the relationship of events between Phenix and Bathin, dontcha think?
That time warp and set of coincidences had to be magickal and spiritual. Nicely done

would be involved somehow on transporting

I was surprised it was the opposite, but was wondering if he’d somehow make the time go faster, so the driving would be easier. Took us 15 hours to get there, due to all of the traffic and wrecks.

We were going to make it back in about 11, until this nonsense happened.

Since posting that, though, he did send a feeler that he’d help us get back on the road. Let’s hope so. Did just find out the repair center opens several hours earlier than the dealership. Lets hope it’s swift. Son is missing school tomorrow.

The descriptions of Moloch are kinda concerning.

They are. I was given a little more after typing things up (this happens a lot), but it was more of a reassurance about my family not being worse off from it.

Concerning all of it, I mean, I asked for lessons and/or wisdom, didn’t I? Gotta keep my big boy pants on and take the punches I asked for…