Kadiel the Angel of Expression is very literally an angel of expression though in many ways and many useful applications. The way he approached was as an angel that can express the powers, personality, and aspects of a person and bring them out in full. This especially applies through creative mediums such as art and writing or through your personality and emotions. I have discovered that he is also surprisingly great with chakra work to fully express the properties within each chakra and grow them to full potential.

He told me he was drawn by the energy of the spell I had been using from NAP that dealt with Elubatel which through some digging seems an angel of omnipotence and that he served a similar but more specific function in expression and refinement of those expressions of self. I will say that while he is very eager to help he does not like dark or baneful work and requests to not be an active participant in such though he does not care what you do when not directly calling on him to work on yourself. His energy is not very strong in the beginning but through the evocation built in itself into quite a powerful aura that I have to say would be very stereotypical to describe in terms of the caring and unconditional acceptance he seems to give off that does bring out a lot in you.

He did not seem to have any particular planet and the only reference I could easily find of his name was only a quick description through Google as an angel of expression which felt fitting enough based on what he had told me and our interaction. I couldn’t find a known sigil for him either so I had him give me one. 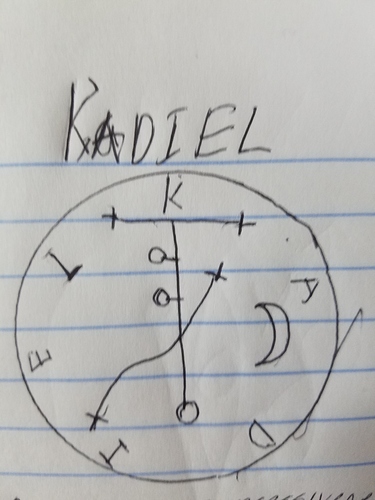 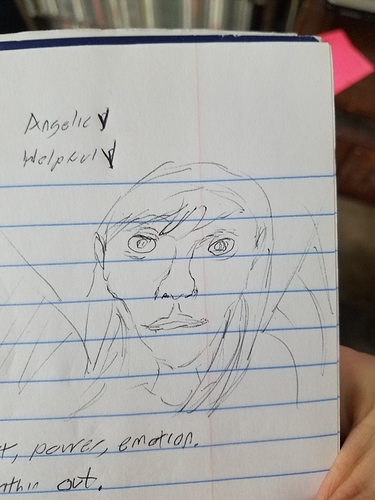 I called on him further in regards to some work channeling energy through and powering up my chakras further and the results were quite impressive. Definitely worth having a chair nearby if you do it standing up.

Also for those curious there were some side effects from talking with Pintzal that can mainly be summed up as leaving me extremely irritable and angry the next day and very willing to throw destructive spells at anything that even slightly annoyed me.

Can I pm you there is something I don’t understand

Sure thing. I wrote it on phone so I might have made some errors somewhere.