I was just speaking to Abaddon

Whatever buddy. I’m glad you know everything. I’ll definitely trust you over two gods who are known for helping humans and spreading wisdom.

Never asked anyone to trust me, just sharing my opinion, I’m not an egotist, this life is relative anyway, what’s a god to you is a nemesis to another, Id rather slay the “gods” and absorb their essence like the hero’s of old, than bow down and get on my knees.

We all have father issues😉

Good luck slaying either of them man. 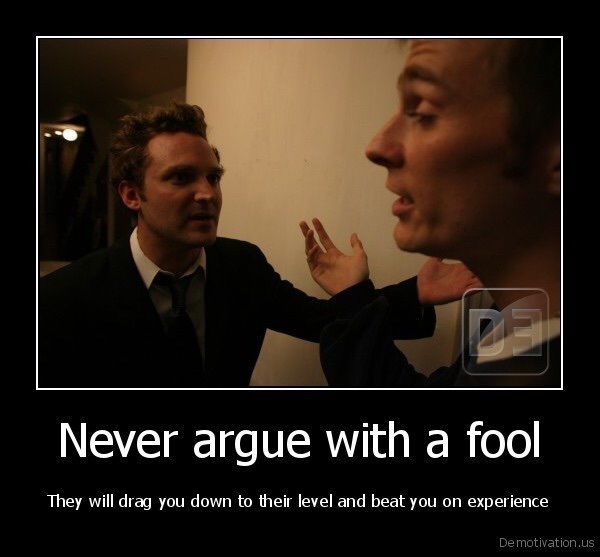 Or never argue with a fool as onlookers wont be able to tell the difference.

I was alluding to the fact , its still in debate whether these demons,God’s magicians summon are actually real or just part of our psyche, plus they never answer the big questions either so it would seem its the latter.

…plus they never answer the big questions either

No, they really do - you just have to be willing to listen to the answers!

I took the bait and was being facetious lol

Cue “Alien” - “On the internet,no-one can hear you snark” - unless you - ah fuck it, whatever.

What if it were happening reverse? What I had lost my mind and the thoughts of being a progenitor to a goddess saved me?

It has been such a year for me, first confiming i only have half siblings; mom sleeping around like an alley cat. I have a schedule for rituals and work I wish to do, Abaddon, is about 4 down the line, as every single time his Name goes through my mind, it is “Abaddon my Father” “my Father Abaddon” . I was kinda of the opinion of ‘finding out if Belial is my Father’ maybe “Abigor” as I do not want to “Predetermine” who it will be; yet without even working much in the way of thought upon it, I never leave my waking time that i am settled in my heart that “Belial is my mentor, Companion anf Friend” Abigor is “Brother” but “Abaddon is my Father”
i find myself actually singing his Enn in my soul uncountable times per day. pictures of “home” thrill through my mind, " i feel like the Abyss calls me, not as a stranger but a Sogourning Son- knowing Abaddon does not miss me, but loves me and has been ever present within me and without. i have a working I plan in which i will seek communion with who grabbed me by the back of the pants and hurled me over the top of a 300 ft cliff I had just begun to freefall as my handholds and barely toeholds sheered away [but i was lucky enough to bring a prickly pear cactus with me-- though it took some time before I noticed it once i was on safe ground- face first". i would call it a “God” event for year though in the back of my head “No, it was not” , and though I wish to question Belial and Abigor about it- 'belial says he was “there but was not the hand” , and just know- when my Abaddon Working begins- i will have alot of Abaddon in my life which I may have placed others out of ignorance.
it is very likely, when my daughter ex gets outta the clink and he returns to “Take back that which is his” we will meet and there will be a death, but it will not be mine— and I can even see Abaddon [in me] Father and son destroying an evil. i do not even twinge with fear of the outcomes prison or otherwise. With the way my Psoriatic Arthritis has me at maybe 1% of what I was now, things will seems very different for the onlookers.
i sometimes fret as i am so stalled in my work and even getting my Temple ready for work, but always Abaddon like enters my head- saying nothing will be lost- all will be squared and right.
Abaddon, my father also… been keeping this to myself for years, and here you come just painting it all before me. Thanks.
may we work well together if need be, may Father be with us both!
Speed and Power
FDM

3 posts were split to a new topic: Is that an act of LHP blasphemy?

Boy I sure needed to hear this today. Thank you, Lady Eva, as always.

I feel like this could be due to the ascension that is happening in the world right now, we are going through a shift in consciousness and that scares the elites, feeling like they’re losing control and desperately trying to keep the masses within a certain bandwidth of consciousness. Its also why we are now more capable than ever of manifesting our thoughts and ideas into reality at a much quicker pace than before. But the downside of this is the people who do not acknowledge their inner divinity and keep looking through the separation and duality mindset, they will slowly begin to feel like their life and mental state is breaking down. We are going through a worldwide purging of multiple lifetimes of trauma and karma, being able to do more spiritual and ascension work within a year than something that would have previously taken 5 years to do. Do not get fooled by the state of chaos the planet is in, soon there will be a definitive line between the people who hold on to the illusions of 3d and those who choose themselves to higher their conscious awareness and ‘ascend’ to 5d. The mass media is desperate and attempting to spread as much fear and scare tactics to distract us from whats really going on. Stay true to your own truth and do not let yourself get dragged into the chaos spread by the ruling powers of the world.

Remember we are all multidimensional beings living temporary human lifetimes. Although im sure a lot of you already know this, just hope it helps some.

Welcome @TwistedMind. I see you joined us way back in November of last year, but have just started posting. Please make an introductory post in the NEW MAGICIAN AND INTRODUCTIONS area, and tell us about yourself and your experience in magick. It is a rule of this forum and required for everyone. Failure to properly introduce yourself may result in removal of your posts and suspension of your account until the rule is respected.

This is so well said and explained @Lady_Eva. Thank you. I beleive that it is important when we channel to consider any information received. In my perspective, the message is always true, even if it is a lie from a deceptive entity. God I love them all. I explain. If it is a lie and if this lie sticks to you, it is because it is calling your interest and so… even if someone is trying to fool you, the fact that their story is calling your interest is because there is some truth behind it that you will have to uncover. If not, you would completely dismiss their story. This is such a lovely process. We learn whatever position we are in. So, in fact any information channeled is true in some ways but at the same time, let’s be humble and follow the wisdom of @Lady_Eva

Many, MANY people get fucked over, thinking this is JUST happening to them, and completely lose the plot.

But here’s the thing: you are GOD . Big G - Creator of all, the one and only source of all forms in the universe, so, yes of course you’re also Shiva’s son, Hathor’s father, the God King of Mars, the future Christ-Child, the Nephilim battle chief, you name it - it’s YOU.

But not ordinary you - not the you that farts, flosses, and follows a sport or TV show, the You that is also emanating all these currents and channels is the cosmic Source of you, Source of all things, so when it resonates on one of these harmonics and a spirit starts telling you that you’re the next big deal, bear in mind that it’s resonating energy and discussion of potential , and that you are no more (nor less) special than anyone else out there, but - and this is IMPORTANT - that you do, like everyone , have the POTENTIAL to live into the thing you have been told.

So yeah, you are Abaddon’s son, for sure, and no with respect Sic_Draco this isn’t a psy-op - this is what happens when you start doing magick.

The “child of” (or wife, father, incarnation, or ruler of) means that you’re in harmony with the energy of that thing, so you’re the child, guardian, progenitor of that energy - and nothing more (nor, less). You are the child right now of the Abaddon consciousness emenating from (or held within the mind of) the Source, which is also, the consciousnes back of, and behind, everything that is you.

This is how Egyptian kings, like many others (who were also priests or shamans to begin with) got the whole mantle of being living gods to their people - someone told them this, and they formalised it. And if they were good protectors of their people, they even lived into that mantle, and earned the right to its recognition by doing the work that was required of them, and expected by their people.

This is why the PGM formulae all discuss being one with , or as the child of , a god, and again, when the magician steps up to do the work, he or she IS literally acting as a god, has taken that potential and is living it, manifesting it, in that moment of shaping reality to comply with will.

Thank you so much for this