I summon Ea Koetting - Archaelous The God Of Becoming

Here is a little strange situation so I was watching Ea Koetting and I began listening to him while in the theta gamma sync looking at a empty sheet of paper.

I began to see shining lines of power in the static rain on the paper, so I naturally assumed this to be a sigil of a random wandering entity. I had some free time so I traced over the lines.

Here’s what I came up with. 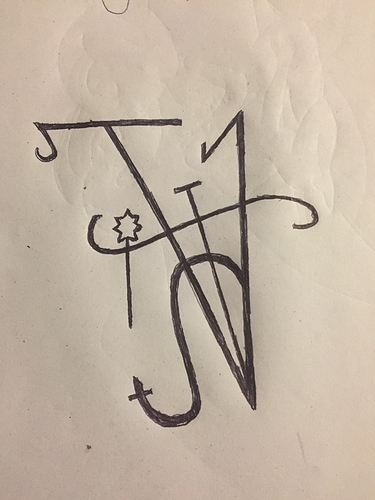 This looked like a very interesting sigil, I opened it and asked the spirits name while in the TGS, I heard the name ’ Archaelous '.

Which I remembered was the magickal name for Ea Koetting. I naturally assumed that listening to that video In the background messed with the channeling so I turned it off and got deeper into the TGS.

I asked again " Spirit what is your name ", then as plane as any other spirit I heard Eric’s voice and a deep second voice under that saying
" I am Archaelous ".

So shocked I thought damn let’s see where this goes, I replied " what can you teach ? ".

Here was his response which I wrote down.

" I teach the transmutation, the transfiguration and transformation of man into god. With my guidance the operator shall know the secretes of the Phoenix.

They shall ascend and consume the flame of the God. Once ascent is reached then you shall descend into the infernal empire, to transform the godlike essence within hells furnace.

So the power obtained shall be put into its true application, I not only show you how to obtain absolute power, but how to use it.

Binding the name of God in chains, the true essence of that begins now, this shall not take 700 years. The meaning of 700 years upon the circle is a puzzle, I shall aid you in discovering its meaning to reap its empowerment. " 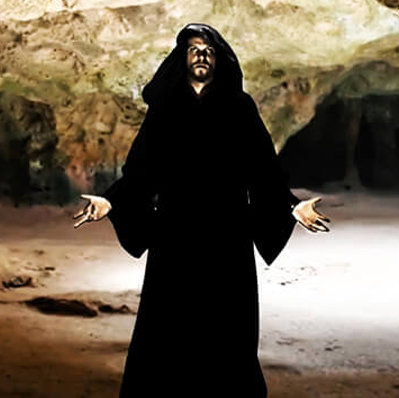 Nice talking to you Eric brother

That was my look on the experience too.

Can I use your sigil?