How to get rid of fear? I am call on all Experience And Expert occultist

The fact that i was conditioned so bad into religion and culture by my parents etc… I do have a bit of fear of the unknown , invocation ( I don’t really want a spirit to mount me I much rather communicate telepathically

So I need help

Well first of id say you need to educate yourself on the subject so you can find out the lies you been feed in your past.
Once you have an intellectual understanding about it you can work with affirmation and other methods to get an emotional understanding.
This will not work for all but will make it better but some of your fear you will have to face head on, then you will get your own experience that will determine how you feel and think about the subject.
Also as E.A says find a system that works and use it, learn banishing and stuff so you have a good foundation to deal with things you are affraid will happend.

I think, the only way out of this type of fear is through.
Take baby steps and slowly chip away at the preconceptions to show yourself through experience that it’s all fine.
Eh, but at some point fear is fine too. It’s letting you know there’s danger and sometimes it’s right. But the rewards might be worth the risk. “Faint heart never won a fair lady.”

Thank you for replying.
I feel like I’ve been doing a lot of educating my self
I’m separating the lies, I know the lies but still the fear that’s been embedded for years and years take time to reconditioned…
Vodou is the closet system I know
Being Haitian born and raise
Most of the fears come from that also .
Because of some of my eye witness and the crap I know some of my friends and family have gone through . It may not have been the spirit itself doing but people sending the intent after them
But they are using the same spirits they are serving to do harm to others
for no real reason.

These are the stuff I don’t understand
I’d like if I am serving and servicing you (lwa)
Why will you allow someone else to use you to attack me out of my innocent ?

These are the stuff I don’t understand
I’d like if I am serving and servicing you (lwa)
Why will you allow someone else to use you to attack me out of my innocent ?

Some Spirits don’t care but I think it’s more of who they like more at times. They also don’t see the world in the same way.
You can stop some attacks if you know the Spirit by contacting it yourself and asking. Belial for example does sit back and see if you can fly on your own but ask and he’ll help.

Some will attack based on what they like or don’t like as well.
A Youtuber told this one; creepy, stalker guy contacts him and lies, trying to get a love spell done on a woman. The Magician is suspicious but does the spell because it calls on Astaroth. Astaroth does not like that crap so the Magician knew if the guy was a liar, Astaroth would retaliate against the client, which she did.

lol just call each of them and see what they say.

You mean call them how ?

Is their a way to call them and ask them ?
Like a preparation ?

Are there phrases or a way to call them to ask them ? Should I grab their sigil and stare at it and call on them ?

Talk to Letana She an angel from the kingdom of flames.

She is in the book Kingdom of Flames by EA. Look the name up here though, someone might have posted her sigil on the site. You can also get a kindle copy of the book on Amazon now.

You can call any Spirit with their sigil. If you’re new at it you might not hear or see much at first but don’t give up, it just takes time and practice. The Spirits almost always show up even if you can see them or not. 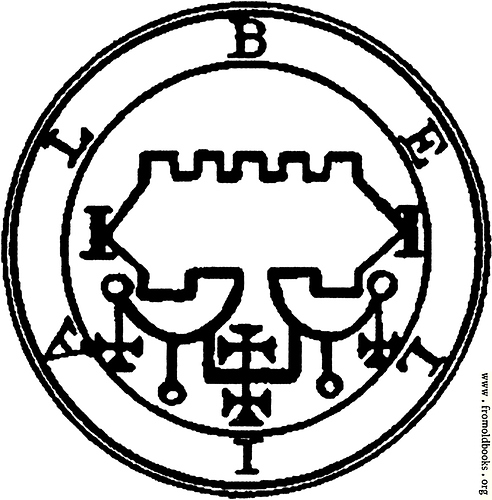 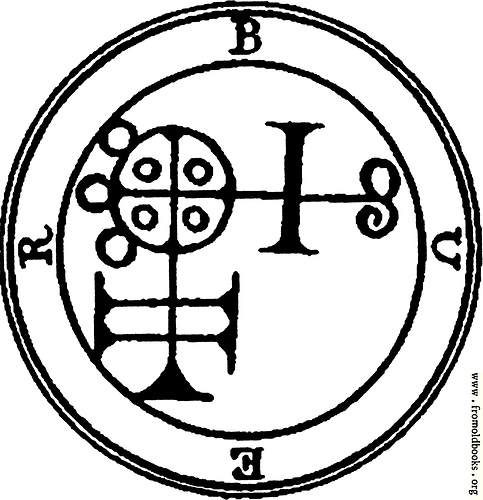