How to develop my clairs so I can see and touch astral entities?

Hello everyone. So… a LOT of gods have been reaching out to me lately, and I really want to be able to have real conversations with them, to see them, to hear them , to be able to physically FEEL them… etc.

I know I need well developed “Clairs” as you would call them, in order to do this, but I do not know how to develop them. I suck at evocation and cannot yet afford EA Koetting’s courses or consulting sessions. Can anybody give me advice on how to properly devlop my clairs so I can fully evoke these astral entities for one on one interaction?

If you go to the astral it still needs to be practiced there as our clairs have to adjust to the plane we’re on, when you do it here you’re adjusting them to the energetic layer of the physical, do it in the astral/mental you adjust them there, and any other plane you visit.

I’m going to share a bit of my experience with you, as I am also developing my clairs lately. There is also a lot of gods trying to reach out to me, it’s almost ridiculous

But basically… Meditations are the way to go for me. I listened to some guided meditations/hypnosis to develope my clairaudience for example, and now I am able to “hear” when something is around, my ears starts to vibrate, quite a weird feeling.

I would say just trust your guts, things will come slowly. You might get frustrated, and that’s normal honestly, but don’t give up just yet

It took me what, 2 months to finally have something noticeable, but that can be different for everybody.

How do I do THAT? Sorry, total noob

Thanks Mei. I’m glad you’re connecting so thoroughly with the gods as well

I was told by another person to meditate on their sigils. For my patron deity, I first had to create one. I have in fact created a few, and settled on one that I call the Eye of Set. It’s like a combination of the eye of Horus and the eye of Ra.

I will look into guided meditations and hypnosis as well. Thank you

Yeah, sigil’s meditation is good aswell, I do it with Belial’s sigil sometimes, and I even put it under my pillow

I also meditate on his enn or his name, like this morning for example, had the candle flickering quite hard after saying his name/enn few times in my head, I was like “Hell yeah, he is around !”

Are you able to get thoughts in your head you know aren’t yours ? Or not yet ? 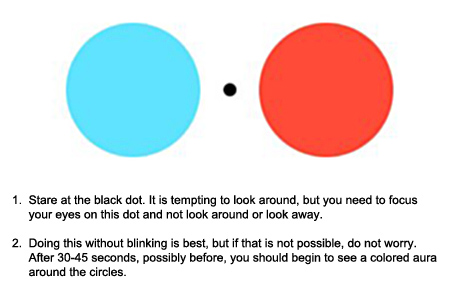 Yeah, sometimes. Especially if high on mushrooms, although I am very conservative about that. I have had a REAL interesting experience from doing that. I find it difficult though to do it at anywhere near that level without shrooms. Still, when I was that high on shrooms, I was getting thoughts I knew EXACTLY who from: King Belial, Asteroth, King Belial, Tyr, King Belial, Loki, King Belial… XD

Seriously, King Belial is awesome. I only stopped working with him, because I recognize that he is really Set, and Set is a more clear parental archetype with more “power” and knowledge, from what I’ve gathered. his demonic King Belial form is awesome though.

Set is my patron deity and we have a rather… symbiotic bond, I’ll put it.

I wonder if you may have a similar bond with one of the gods/goddesses?

I suppose it’d be good to ask them.

I was also first HEAVILY drawn to King Belial, before confirming my initial assumptions that he is Set and learning some interesting new information.

Not sure this is helpful mainly because auras are part of living things such as humans, animals, plant life, etc objects have residual energy of those it comes in contact with as well, as the aura reflects the mental, emotional, physical, and spiritual states. This doesnt have any of those, so what you see isn’t an aura but your eyes starting to dilate(?) from focusing on the point for too long.

It’s not an aura.

I am the kind of person to think about literally 3 things at the same time, so it was a bit hard for me to realise that some thoughts weren’t mine, and still is. But I don’t know if I would ever try mushrooms

Belial was the first deity who reached out to me in a dream, and that was last year. I had no fucking ideas about demons, old gods and stuff, and I was in a really bad depression, which he helped me to get out. He has all my love and respect already

I’ve never really thought about Egyptian deities honestly, besides Bastet (because I love cats), I mostly let them reach out to me if they feel like it, which is mostly in dreams, like Nergal or King Paimon for example. Or yesterday I had the name “Ares” popping up in my head after a meditation, which is new.

Set is Belial ? How do you know that, I’m curious.

I suspected it as I was looking obsessively more and more into King Belial and researching him. When I am strongly pulled towards a deity, I tend to do that. I have been doing so with Amaterasu as of late. Anyway, as I was compiling more and more info on this site, a member who otherwise doesn’t like to spend much time here (because he doesn’t like when people get too married to either the LHP or RHP) logged onto this site in order to contact me and tell me about my connection with Set. He was compelled by Set and Au Set (Set’s first wife before Astarte, AKA Anat) to do this. He confirmed my suspicion for me that King Belial is Set. It is common for me to be drawn to certain online spiritual forums and when the time is right, have some user who otherwise doesn’t care for the site suddenly put themselves out there in order to connect with me so I can learn important things and move forward in my seeking. IT happened when I was a follower of the RHP, following the Channeled material of the “Ra social memory complex” in the Law of One Ra channelings, and happened again here. Except I still have use for this site. the Bring4th community is largely useless at this point, having served it’s purpose at a critical time in my life.

One thing I used to do back in the day (before home internet) was use Nature. I could see the outline around plants, so I would work on feeling the spirit of the plant. Then another plant. A tree, etc… I would move on to see if one felt different than another. I would see if I could do it from the next room and/or without direct line-of-sight.

What this ended up helping with (20+ years later), was when I could feel something move into my ritual space and get a feeling for who/what it was and whether I’ve felt it before. Which is pretty damn useful for an “exercise” I knew I should do, but didn’t know the applicability of.

After about 5 seconds I started to see orange/pink around the blue circle, light blue around the red circle and a silvery white glow beaming around the black dot. Fun little exercise, maybe it doesn’t mean much, like @anon48079295 said, but it’s still a focusing exercise for the eyes anyhow

P.s. I haven’t yet been able to easily see auras around living things, so maybe this sort of exercise is helpful in some way?

Thanks for that tip. Yeah, I’ve been told getting out more into nature would help me connect with the likes of Setehk and Anat. I see no reason why it would differ for anyone else either: Amaterasu, Tyr, Odin, Freya, Au Set, Apollo, Gaia, Frig, Zeus, Diana, Kali, Shiva, etc. Thanks

Its best see aura if white wall is behind person, then you look about 1cm from body and its will show up. One time when i search job, i talked and starred, and its show up sky blue around person. Sometimes i see when look trees etc in front of blue sky that colours show up around it. Its need go in some kind of trance, its help see better. Years i was reasearch about, some my friend taked lsd and say its aura show up, gold blue around ppl. Funny is there old video of lady on youtube some experiment be they drug her with lsd. She was see atoms etc

There is something like glasses with wich can see some field,…
http://soundofstars.org/auragoggles.htm
Funny is forbidden chem be used, guy btw dissaper who invented that. Chem is pinacyanole bromide, its say if use two windows and cover each with that you can see astral world. There be exercises, you look unfocus on wall, then slowly when things show up in corners of eye you slowly, move and focus on point. When i unfocus look in sky first its change colour some like dark, then black shadows show up, but weird is what i see when look unfocus some light streams of energy atoms or idk but its very little and much of it go everywhere in air

Many years ago, I exposed my forehead and ears to the planetary frequency vibration of Saturn via a custom tuning fork.
That wasn’t my idea of course, (thanks Zazel) as it came to me through a working regarding refining my Ajna, and at the time it really hurt to shell out the survival tickets for it, but I was serious about it.
That tuning fork is still on my altar to this day, and I still use it when I need to sharpen my senses.
You too will find and feel your sight, because you desire it so much. Keep seeking, and you will develop.