Anyone know what he is? In my dreams he appears as a white haired man with impossibly blue eyes. His skin is pale. His nails are black and sharp. Hes almost always either serious faced and business-like or smirking. He wears a black suit with a white shirt and dark purple neck tie and matching pocket handkerchief. His shoes are clean and polished black dress shoes. In my dreams he never gave a name. But I know him as Soul Keeper in the deepest part of my chest. In non-dream in person life he appears as a large shadowy figure wearing a hooded robe with claw fingers. When I was a kid he used to stare at my brother and i at night beside our beds. But my brother only saw him once, which tells me he watched over me more before entering my dreams (probably because I was the only magic user at the time and could see spirits.) I also remember feeling him caress my hair. And once I felt breath pass my ear and heard the word “Remember” whispered. This was at a point where I had forgotten about the 3 dreams I had in which I denied that he owned my soul.

He also attacked my boyfriends leg (when we lived states apart) after I mushily said that my heart and soul belonged to him. My boyfriend got paralyzed and he ripped his claws into his leg once. My boyfriend described it as being cut into his soul and not his flesh. And he saw the hooded man before it happened and couldnt scream until after it occured.

Also in the first dream he shackled my right ankle so I couldnt run (with an invisible one) and ever since that dream I can still feel its weight around my ankle.

Now on to the important part.

What exactly is he? I’m going to be evoking Opfaal soon to help me. And I need to know what I might be dealing with when I ask for his help in freeing my boyfriend and I. I just cant seem to do any magick right anymore or even grow things. I’m always lethargic and falling asleep. My luck and fortune is sour when I used to be the luckiest person I knew. I cant see spirits anymore or astral plane anymore. So I’m going to ask Opfaal for help freeing me from this shackle. And I dont want to be injured in the process. I was going to ask for my boyfriend to be freed first just in case something does happen.

(Also I developed endometriosis out of nowhere after my boyfriend got clawed. And now I’m infertile… but I know I wasnt wrong in denying his ownership of my soul.)

When you say you feel lethargic and like falling asleep, it seems like this entity is feeding from your energy. Do you feel weaker as well? How do you feel when you experience this? Do you feel like you’re in any danger?

Sounds like you may need some protection around you right now.

What exactly is he?

He may be a malevolent entity that has attached to you.

I am physically strong at some moments then cant perform the same feat a second later. Honestly when I get tired it feels like a hand caressing my head and suddenly I’m out and my boyfriend has to literally scream my name multiple times before I wake up. And I have feelings like the right half of my soul is a shadow creature with a big sharp tooth smile and glowing white round eyes and long white hair. That it’s a she. And her name is just Sin. And it’s like shes attached to my soul directly. I’ve drawn her before. It all used to scare me a lot but it’s been 9-10 years now so it feels normal. The only reason I began to feel the need for help is because the lethargy and strength problem is getting a lot worse.

It all used to scare me a lot but it’s been 9-10 years now so it feels normal.

Do you have any reliable spiritual healers, reiki, mediums, Tarot, anything like that you can seek advice from?

I do not wish to try and “diagnose” this online, I do think it all sounds rather bad.

I’m getting a bad vibe from the entity, what do you think? It seems like classic malevolent spirit attachment.

I have a pack of tarot cards. It’s been a few years since I even looked at them. When I used to use them for daily readings I always got a reversed queen of pentacles first every time. Other than that I have no mediums near me that I know of.

I advise against you doing the reading really, in fact it may be good if you wrapped your cards in metal foil (like baking foil) or popped them in a tin for a bit, Tarot cards can act like a gateway anmd there’s no gatekeeper in some cases.

I think the reversed Queen was signifying you.

Alright. I keep them in a leather pouch I made with a tassle of evil eye beads. So it should be simple to wrap that in foil. It definitely was , I did a cross pattern and the center was supposed to represent the person having the reading done. No matter how much I shuffled the cards before my reading it was always her.

Now that I’m talking about this more openly I’m feeling a creeping sense of fear and like I’m being watched. He always gives off a possessive feeling but the weird part is that it feels more like a father’s overprotectiveness rather than an ownership kind of possessive.

Oh yeah. I forgot to add that he wont let me die either. I’ve had terrible depression my whole life and any time I’ve ever tried to stab myself it hurts badly… but my skin doesnt break. No matter what I do or how sharp the knife is. I’ve tried to poison myself. Threw it up immediately. Tried to kill myself with pills that are supposed to take down a big man easily. Just made my tongue tingle. Last time I took over 200 ibprofin and naproxin pain killers. Threw up for 6 hours. Last time i threw up it had weird reddish specks in it, similar looking to yeast. And instead of my liver getting damaged i came out healthier than ever. I gave up on ever trying to kill myself after that. And I cant even look at medicine without feeling sick. So I dunno. It’s good that I lived but if I die he cant do anything anymore… which is the only reason I’m sure i lived.

@Fallen_Angel are you getting the same vibe I am on this?

Well… those reactions are unsettling. Guess I always thought it was less bad then it must be.

Guess I always thought it was less bad then it must be.

It’s been in your life so long it’s become your “normal” but that’s not the same as safe or good.

Nope. Definitely not. I should add that I feel a shakey energy near me and my arms are a bit weak feeling. Looking at my phone is giving me a headache. And I have an urge to close out and put it up. But I’m fighting it. (Also feeling light headed.)

Here is a image of him. 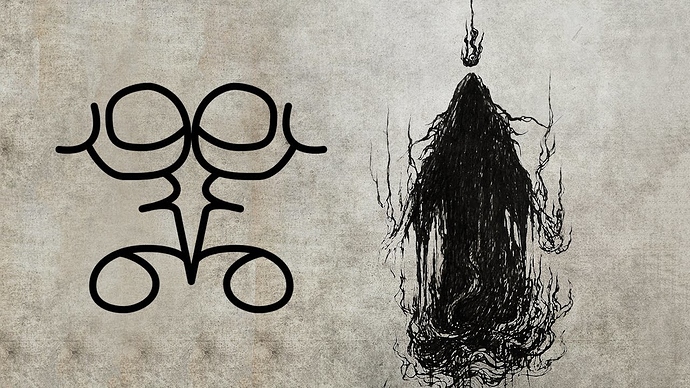