Here are some potentially powerful gods/devils you can work with!

There’s a reason why I categorized this as “Chaos Magick.” That’s because the gods I’m about to list are from video games! Sounds dumb and implausible? Maybe, but just think about this: If Lovecraftian entities work, why wouldn’t these? After all, great effort has been put into the designs, voices, character/personality, and story of these gods.

Now then, I’m sure you’ll find that these gods happen to represent the very same things some “actual” gods do. Think of them as different masks of the same force, yes?

Charnel is a god of death, vampirism, and necromancy first and foremost. Summoning demons is also one of his specialties. He is also called the God of Slaughter, and torture. From a Chaos Magick perspective, this god could, theoretically, assist you in baneful work (potent death curses and vampirism), necromancy, and even evocation. Just listen to his majestic voice: https://www.youtube.com/watch?v=0UmSgwAaQXk

Stratos is the god of air, knowledge, and elemental magic. He’s also a god of the amazing voice: https://www.youtube.com/watch?v=jPEdUuIgYQw (seriously, the voice acting in this game is godlike - pun intended) 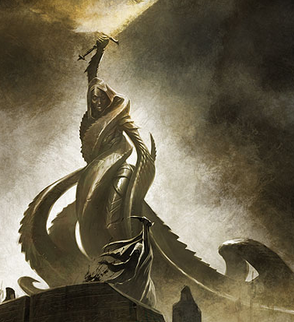 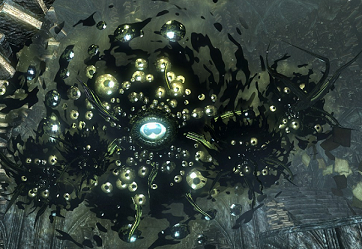 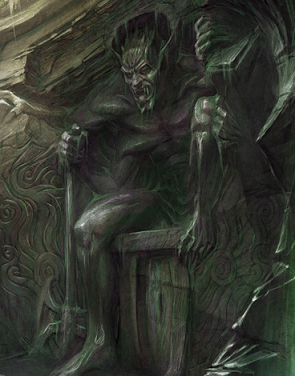 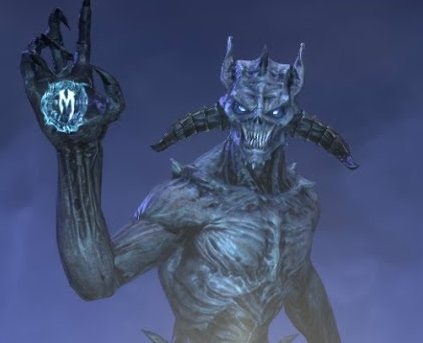 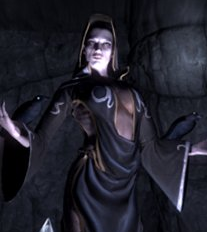 If you don’t mind, let me know if you actually tried evoking one of these, and of course, which one you evoked.

PS. No, I didn’t list all Sacrifice Gods or all Daedric Princes. I did this because the others aren’t as relatable to ‘real life gods’ as these ones are.

So why not even toons charachter?
Like Shenron Dragon from Dragon Ball to accomplish your desires, or Polunga who can accomplish up to 3 desires
Sounds crazy but I’m serious, I’m not capable of summon or I’d have already tried

I have always been leery about trying to work with an egregore of a fictional character. They are pretty shallow when you think about it. They are simply designed as a plot device for a game or book or whatever.

Never said you couldn’t do that. According to the chaos magick theory, anything goes. You can work with anything. Seeing how people get results with Lovecraftian entities, which are so obviously fictional, it seems that it’s true.

I can personally say that I attempted evoking a character from a novel before, and it worked.

They are simply designed as a plot device for a game or book or whatever.

Not all of them. Some fictional characters have a rich backstory, personality, details, etc as much as some ‘real life gods,’ if not more.

Just out of curiosity, what did it have to say? Did it realize that it was a fictional character?

No, they didn’t. I wanted to have some fun, so I asked them where are they from, and they described the place in the novel, as though it was real haha.

The character behaved as any other spirit, really. It performed a task, and interacted normally.

Of course, if you want to get deep on the subject, we are all fictional characters living in a fictional reality. At least that is the truth according to Azazel, Belial and a bunch of theoretical quantum physicist.

Makes sense. Even from a more practical perspective - humans live by a narrative, whether it’s set by others or themselves. It’s impossible to live without some narrative.

Seriously if it was that easy we’d all just summon Aladdin’s genie and win the lottery.

Hmmm. Excuse me for a while, I need to go dig up some old DVDs and do something that has absolutely nothing to do with trying to get a bunch of money.

Doesn’t work that way, I’m afraid. But it would be funny.

I mean, you can say the same for magick in general. If there were such things as hidden mental powers which have an immense impact on objective reality, then the world would be a completely different place. That’s not to say that magick doesn’t work, not at all, but that it’s more subjective and metaphoric than it is literal.

But, hey, that’s just me. I take a more psychological approach to magick.

There is a term for this phenomenon, where fictional beings who hold great power in their fictional universes are mirrored in our reality. It’s called an egregore. Actually, there is a strong likelihood that most if not all spirits/gods/demons are actually egregores created by human belief.

I prefer the word entity as it’s as neutral as it can get. It can be argued that all spirits are egregores, some believe this (me) some don’t. Because of this, I use the word entity, so I don’t get into senseless arguments with those who don’t share my view.

I use the term spirit in a similar manner actually, because by my definition, a spirit is a nonphysical entity. But by that definition, an egregore is also a spirit, which actually makes sense if you really think about it.

When the dust has settled, and you got what you want, I suppose it doesn’t really matter what their origin is.

I have heard more than one person say that they’ve had better luck with personal servitors then they have with well-known spirits.

I never said that their origins matter. I just felt my thoughts on the matter were relevant to the topic of this thread.

If it has the power to magickally skullfuck your corpse, there are more important things to focus on than its origins.

There’s a reason why I categorized this as “Chaos Magick.” That’s because the gods I’m about to list are from video games! Sounds dumb and implausible? Maybe, but just think about this: If Lovecraftian entities work, why wouldn’t these? After all, great effort has been put into the designs, voices, character/personality, and story of these gods.

Lovecraftian entities are meant to have been channeled without Lovecraft ever knowing though. A lot of people on that path seem to believe that they were preexisting entities that merely used Lovecraft as a conduit. Next point, yes egregores are useful (I once imagined a Star Wars inspired completely fictional entity for one of my spells), but I strongly believe that real Spirits are something far, far more. They are powerful beings far mightier than any of us (I am assuming we don’t have any Immortal Spirits reading this) and deserving of respect and gratitude as independent beings who are under no obligation to do anything for us, but nevertheless choose to do so. So yes I do believe that the Spirits are primordial beings that have been here far before this Earth (and will last long afterwards), ascended former mortals who have attained apotheosis, human like beings from other worlds much like our own except far more naturally in tune with magic (such as the Fae) etc.

This can be tested rather easily. All a person has to do is ask a spirit (the one that they suspect is an actual, real, primordial spirit) to move particular objects before them (not poltergeist activity), and/or give them information on people they couldn’t have possibly known (e.g. guessing the appearance, name, name of grandparents of an internet stranger without any software or anything).

Throughout all these years I’ve been practicing magick and meeting other mages, I haven’t seen examples of this. Therefore I have no reason to believe that spirits are not egregores. Not saying I’m right, just saying I haven’t been convinced.

Whereas the psychological model I’ve been developing seems to explain my experience well enough.

The test is flawed. Their’s no reason why an egregore couldn’t do either of those things if it is sufficiently powerful (or at the very least I can’t see a reason why).