Hey there.
I’m totally new to this but im reaching in to this area as a last resort.
I’m close to buying the video course of Haitian Vodoun Magick but I need an honest answer before I do.
My wife has been dealing with crohn’s disease for 11 years now and it’s time again to go under the knife to take out destroyed intestines.
Is there anything in that course that I can use to try and cure my wife’s problems with her sickness?
I would happily pay the price for the video course but if it is not anything for us in there I could really use the money for operation and supplements for her instead.
Kind regards from Jesper in Sweden.
Sorry for bad English, I am from Sweden in my defense.

Voudon takes time, as you must build a relationship with the LOA, so I suggest it is NOT the course to start with if you are new to magick. Save your money for your wife’s operation and supplements.

Browse this forum as it is full of information on how to get started in magick. There are many demons and angels that can aid in healing. You will find their sigils here somewhere, and if not, just ask; most members can provide them for you. Then follow the instructions here:

Is there anything in that course that I can use to try and cure my wife’s problems with her sickness?

I would happily pay the price for the video course but if it is not anything for us in there I could really use the money for operation and supplements for her instead.

I agree with @DarkestKnight that’s not the best course to start with for this, try working with Buer using the method given above, and also, try this method below to call upon the Archangel Raphael, first asking Raphael (just in your mind or softly out loud, like a prayer) to help bring the inflammation and other causes down and not to sim-ply increase immune response, Raphael knows his work but it also never hurts to be specific: 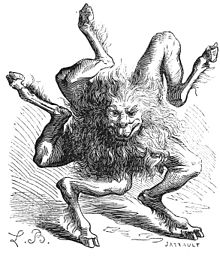 Buer is a spirit that appears in the 16th-century grimoire Pseudomonarchia Daemonum and its derivatives, where he is described as a Great President of Hell, having fifty legions of demons under his command. He appears when the Sun is in Sagittarius. He teaches natural and moral philosophy, logic, and the virtues of all herbs and plants, and is also capable of healing all infirmities (especially of men) and bestows good familiars. He has been described as being in the shape of Sagittarius, which ...

I have a strong feeling he will help with this.

If this is all a bit incomprehensible, sigil (from Latin sigillum = “seal”) is just a symbol that can be used to contact, and to some extent be an interface with, a spirit.

And it means seal as in, when people used to seal letters and documents with symbols that identified them, before the advent of mass literacy.

Using this is like speed-dialling someone, and is faster than most methods of magick, but very effective and a good beginning to take up other methods, later, if you wish.

We have several Swedish members by the way!

I would recomend evoking marbas if you are any good at evocation evoke both him and raphael at the same time and tell them to heal your wife. They are amazing at healing

I have no experience in anything of this.

I linked you to instructions that can help.

Im willing to invest time and energy in this but im very happy for your answer but i will try your rekommendations first.
Ill try this first and see where it leads me later.

Ill definitely try that as soon as ive learned more about how to do it in a correct way.
thank you very much.

When i was 18 years old i met a man at a summer work that i talked a lot with and after a few weeks we started talking about woodoo and he told me that he learned from his dad.
I was young and started asking him to prove that it worked and after a week he gave me a few specific things to do.
Long story short… i ended up with a talisman that ive always kept with me and im 45 years old now.
I know that its supposed to give me luck in a few things ive wished for at that time but never cared to find more information about this.
So this is the reason ive now come to turn for Vodoun, but i will wait untill ive given this more time and learned a few more things.
Im very grateful for your help in this.

This is embarrassing really, Sorry Jake but i cant even find out how to PM you.
i think im getting old

If you are new to the forum, I don’t think you have the ability to send PMs yet. I recall someone else mentioning the same thing.

But i can right? I pm him couple of minutes ago so i dunno

i’m not sure. How long have you been on the forum? I’m not familiar with how it all works. That is @Lady_Eva. I just know newcomers have mentioned before that they are unable to PM but regular members can PM newcomers,

I ve been here a year now i ve pmd him but dont know if he cwn reply if he cant ill just communicate with him some other way.

Yeah, then you can PM. He should be able to reply. He just can’t initiate a PM on his own, is my understanding.

I have no experience in anything of this.

Don’t worry about the details of “dat demon, hour, colour” - all that is useful later on but for now think of it as learning to drive, RPM and the camshaft and whatever else are not what you need to focus on, you just need to k now where the ignition is, the steering wheel, and the other BASICS.

Magick can look very complicated but it isn’t in reality, all you’re trying to do is connect with a spirit to ask them for help, the same as posting here using technology that just 50 years ago was MINDBLOWING.

Use the sigil method linked above, don’t try to combine it with anything else, and keep things simple.

And new members don’t have immediate PM access, this kicks in soon though and members can PM a new member, who will then be able to reply.

Great news! ill answer your pm as soon as i have the time today.