What would be a good goetic demon for someone to treat you better/more tender or having them always wanting to help you?

i assume that question to be coming from a female - as it’s a very receptive approach to be in that state of mind.

I suggest female deities according to this.

The mental frame of being served is of course based on kingship.

So, working with Queens and Goddesses would probably yield good results.

I’d suggest King Paimon because I have seen Him do this for me with people. For example, I wasn’t able to pick up a relative that was 55 miles away in the hospital, so the hospital took the person home in a patient van (free of charge) and brought him to the front door of their home. (this happened after I spoke to the hospital on the phone).
I’ve never heard of any medical place doing this.

nope family things, I’m looking for certain family members to treat me better and be truer to their word.

Are you talking about a human relationship where someone is treating you poorly?.. And you mean you want a daemon to persuade that human to treat you better?

Or are you asking who’s the nicest most responsive daemon to work with?

Edit: never mind, saw the answer above after posting.
It’s going to be easier to use your words and tell the family member how you feel. “When you do this I feel like this”, and ask them without blaming them to stop that, and not make promises they don’t intend to keep.
I’d do both, but it’s surprising what having a critical conversation does for you.

Which ones will come at you and smack you in the face for even thinking about them. Seems Omni-god-prime does it so who’s to say if you get a full evocation or invocation they won’t do the same.

I get the feeling they just process those that want to be friends, or be loved, or worship, or ascend, or open minds, or be taught, or have this modern day dinner conversation RESPECT all the same:

“Another human gonna be mai biotch!”

People say the spirits challenge you. When’s the last time we went to the spirits and challenged them? Not with some cock angel behind our back for protection but just MAN vs SPIRIT stepping into the ring saying:

COME GET SOME MOTHERFUCKER!

Unless one thinks you need respect: 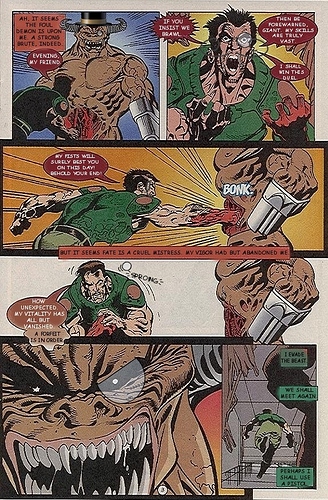 I second the King Paimon suggestion. He has the power to “make a named individual more easily influenced during conversation,” which is a lot more broad than it may sound at first, and can be applied in many different ways with a little creativity. He’s generally my go-to for directly influencing people, and I can personally attest to his effectiveness.

For instance, I once knew a girl who was definitely attracted to me already, but I knew that she would be hesitant to agree to casual sex as her attitudes towards sexuality were more on the conservative side. I wasn’t sure if it would work, but I figured why not give it a try. Paimon certainly did not disappoint