I’m new here, and I’m still learning a lot… and I’m so intrigued with how many people have successful contacted demons and angels, I would love to try It some day.

I believe in heaven and my question is does contacting or developing a relationship with a demon or angel become a unforgivable sin which won’t allow you to enter heaven?

Also could anyone recommend me some threads that were helpful to them in understanding Angels and demons from a non religious point of view.

In truth, if you have read the bible,

And two it is pretty much only reserved for virgins

Don’t ask me where that is, I’m at work and I can’t quote the thing.

This is as good a life as you will get make the best of it now.

Where do you believe our souls go once we leave this earth ?

We never leave. We take another shape and start the cosmic game anew.

Meh, scientist have proven the soul so we know it’s real, it can’t be destroyed. This must assume we have control in passing or at least flung to the next destination.

Many religions believe many things. I simply do not worry and would rather immortality on earth

No. If you’re coming from a Christian perspective the only unforgiveable sin is a certain kind of blasphemy against the Holy Spirit as mentioned in the synoptic gospels; Matthew 12: 30-32, Mark 3:28-30 and Luke 12: 8 - 10. It occurs in the context of the Pharisees accusing Jesus of driving out demons through the power of Beelzebub, therefore denying the identity of Christ as either being an agent of God or divine himself. Through the ages, the Church has interpreted this to mean “final impenitence” that is, denying Christ up to and including the point of one’s death. So everyone on the forum (even EA) still has a chance right up to their last breath

And two it is pretty much only reserved for virgins

If that’s true, how did St Peter get in? He was married. How did Sts Joanchim and Ann get in? They were the parents of Mary (who was not conceived outside of the normal means

) And plus if heaven was only full of celibate monks and nuns it wouldn’t be heaven…it would be Hell.

I dont think that we should call it the christian god, seeing as jesus was jewish. Also not to mention they scared everyone with hell, demonized all other religions and then said god will forgive anyone who accepts jesus. In the late 90s they said hell isnt real, and also the abrahamic Old Testament god is kinda unforgiving and cruel, i mean he literally smited everyone. EVERYONE. Not to mention the vatican is hiding half of the original bible books and parables. I like the jewish/muslim idea of the garden afterlife more than just one heaven for jesus. But then again everyone is aloud to have opinions and i cant assure you im right.

How do you know they did?

I will share a secret with you- angels and demons do not belong to Christianity, or Judaism. They exist regardless of religion. And here you can find some info about angels https://forum.becomealivinggod.com/c/white-magick-the-right-hand-path. About unforgivable sin- In christan dogma god is forgiving, so it is unlogical to have unforgivable sin, unless you forgive yourself.

Ok, no offense towards any others who feel so inclined to answer this question, but I feel very qualified to do so as a formerly ordained minister whom conducted many sermons on that very subject.

OK here is some food for thought and then I’m going to back it all up by a multitude of scriptural verses that are direct and on point with no special metaphysical interpretation needed to grasp the clear spiritual importation of divine wisdom.

FIRST of all … the majority of Christians regardlesss of denominational belief, believe that thier “God” is everywhere present at all times and in all places… this is where the Latin word omnipresent comes into play… the “Omni” part of the word basically means “all” …It’s basically Latin terminology for just what was said meaning everywhere present Of course there are a handful of Christians who refer to their “God” as “up there”… there is nothing substantially scriptural to support such a view. Acts 17:28 states very clearly the concept or doctrine of the omnipresence of the “Christian God” “For in him [God] we live, and move, and have our being; as certain also of your own poets have said, For we are also his offspring.” Everyone always says that “God” is “in Heaven” or “resides in” a place or realm called “Heaven” Well then reason and logic tells me then that if “God” is omnipresent… and that if this same “God” lives “in Heaven” … well then it must follow that “Heaven” just like “God” is EVERYWHERE as well! Stay tuned… it gets even better!

SECONDLY; Jesus went so far as giving “Heaven” or the “Kingdom of God” a DEFINITE locality
… and are you ready for this… it’s NOT some lovely place up in the sky with angels playing harps all day and night! Luke 17:21 declares as follows: “Neither shall they say, Lo here! or, lo there! [or up in the clouds or sky] for, behold, the kingdom of God is within you.”

So there you have it! How come you never heard about this in most church’s? Because the churches consider this “new age” even though it stems from thier Master Jesus and from thier sacred “word of God” a/k/a the Bible!

So what then is Heaven / Hell to me? To me Heaven is a divine state of mind and affairs wherein one is so aligned with thier True Self or Higher Self and resulting as such the externals of life begin to conform with that inner harmony. Kinda like the definition of magic! Utilization of ones will to manifest change in ones world which would not otherwise be possible. Thoughts held in mind produce life circumstances and events after thier kind.

Hell (the unpleasant kind) not the infernal darkness, sought after by some on the left hand path, is the unpleasantness and inharmony we experience mentally, physically, and in life happenings as a result of our mistaken belief in a life separated from our Source/God/True Self/Higher Self.

I hope this helps and I’d be greatful to help in any way possible. 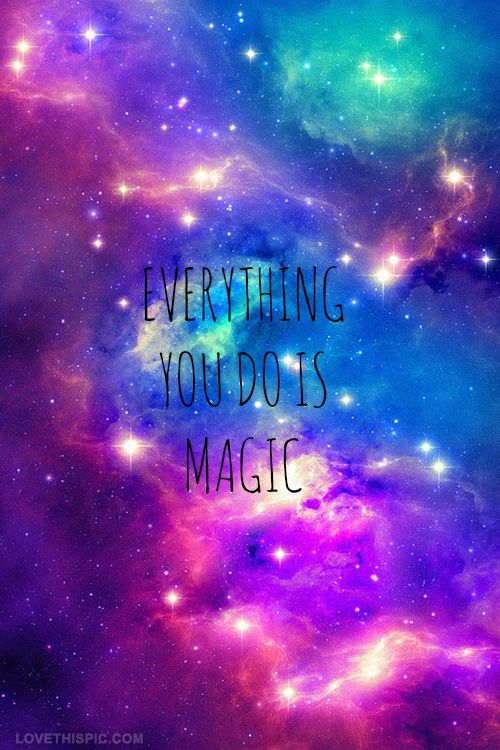 I have to agree with what @Warlock said. I was heavily involved in a Christian denomination at one point in time, and it was taught - repeatedly - that no sin is too big for God to forgive. All one needs to do is repent. The concern was that people might leave church thinking they have sinned too much or too badly to deserve activity in the church, but the church leaders wanted to assure them that God’s forgiveness can be had.

Although many pious Christians deride deathbed confessions or deathbed repentance, I don’t think any can deny that it’s efficacious, from a doctrinal perspective. Indeed, this is one loophole that some people have used - play with demons; and when time comes to meet the Lord, renounce Satan and his works, repent, and enjoy God’s grace and forgiveness.

And, as @Warlock said, the sin against the Holy Spirit is the only sin that cannot be forgiven. Here are the verses he mentions:

Verily I say unto you, All sins shall be forgiven unto the sons of men, and blasphemies wherewith soever they shall blaspheme: [b]ut he that shall blaspheme against the Holy Ghost hath never forgiveness, but is in danger of eternal damnation: [b]ecause they said, He hath an unclean spirit. (Mark 3:28-30)

And whosoever shall speak a word against the Son of man, it shall be forgiven him: but unto him that blasphemeth against the Holy Ghost it shall not be forgiven. (Luke 12:10)

While this is somewhat ambiguous - what is blasphemy against the Holy Ghost? - the general consensus is unwavering denial of Christ and his gift.

So…bottom line is that if you’re Christian, playing with demons is a sin but won’t bar you from Heaven. Of course, this also depends on the denomination you believe in and its doctrine on such matters.

Luke 17:21 declares as follows: “Neither shall they say, Lo here! or, lo there! [or up in the clouds or sky] for, behold, the kingdom of God is within you .”

When i wrote previous post, I wanted to quote this part of the gospel, because it was in my mind, but I did not remember where it was or whose. Heh.

How do you know they did?

Are you suggesting that the Apostle Peter went to Hell?

But, your teaching that heaven is limited is a teaching that I’ve only heard of from Jehovah’s Witnesses, which most mainstream churches consider a cult.

But, the Jehovah’s Witnesses believe that the 144,000 described in Revelation will be the only ones in heaven. And, yes, one of the qualities of the 144,000 is that they’re virgins.

Based on their understanding of scriptures such as Revelation 14:1-4, Jehovah’s Witnesses believe that exactly 144,000 faithful Christians go to heaven to rule with Christ in the kingdom of God. They, with Jesus, will also perform priestly duties that will bring faithful mankind to perfect health and ‘everlasting life’.

But, this is plainly incorrect. Let’s go a bit earlier, Revelation has a curious pattern of the Apostle John hearing one thing and seeing another and what he hears and what he sees help to interpret each other.

Let’s go to the best example of this.

Revelation 5:5-7, “5 Then one of the elders said to me, ‘Do not weep. See, the Lion of the tribe of Judah, the Root of David, has conquered, so that he can open the scroll and its seven seals.’”

6 Then I saw between the throne and the four living creatures and among the elders a Lamb standing as if it had been slaughtered, having seven horns and seven eyes, which are the seven spirits of God sent out into all the earth. 7 He went and took the scroll from the right hand of the one who was seated on the throne."

So John hears that the lion of the tribe of Judah has conquered, and is able to take the scroll. And, then John sees a lamb bearing mortal wounds, with seven horns (perfect strength) and seven eyes (perfect wisdom), and he takes the scroll.

This tells us that Jesus’ death was his means of victorious conquering.

Anyway, so back to the issue at hand. The Jehovah’s Witnesses false understanding of the 144,000.

Revelation 7:4, 9, “4 And I heard the number of those who were sealed, one hundred forty-four thousand, sealed out of every tribe of the people of Israel: 9 After this I looked, and there was a great multitude that no one could count, from every nation, from all tribes and peoples and languages, standing before the throne and before the Lamb, robed in white, with palm branches in their hands.”

John hears the number of 144,000 Jews sealed by angels, but when he looks he sees a great multitude which cannot be counted praising God.

The Church has always historically taught that the 144,000 was a symbol of the Church, and that is the proper interpretation.

Fortunately, I do not concern over the bible, only made a comment to limited knowledge on the subject at hand in regards to where the teachings derive from.

I don’t care for heaven if it is even real and would rather hell.

I agree with this sentiment. Funnily enough, the angels are actually helping me leave behind my Catholic roots.