Fire almost started during Evocation and Invocation of Lucifer this morning. The ritual was strong and broke candle glass

Ok…if u’ve read my previous evocation post on King Belial, u are aware I had great results with King Belial. So here lately, Lucifer has wanted I evoke him and manifest him in a specific corner in my room. I did that this morning and didn’t expect what happen as it didn’t happen with King Belial and I.

I had the Lucifer enn playing as I invited him. He didn’t take long to manifest himself on the door. He manifested himself in many different forms that I’d seen b4, and others that I hadn’t seen b4. We spoke with each other, me asking questions and getting answers and him giving me further i formation on things I wanted to know.

I however wanted to see his full form, like head to feet kinda deal. I saw an angel with wings flying. Another as it descended from the sky, but it began to rise back up. He then said, we will ascend as he continued to fly up.

I however kept wanting to see him as the handsome man he usually appears to me. I remided him of his promise to show himself to me if I evoked him on this side. I then commanded he show himself like he promised. I was burning inscence like I did with King belial, but not as much. I then invoked him and told him I did so to be able to see even more of what he was showing me.

I took a few deep breathes and welcomed him in me. Soon after, the flame in the fire got bigger and bigger. In the back of my mind I was thinking,“dang it! With King Belial, I had a bottle with water ready incase the fire got huge.” I wasn’t ready for a fire today. And it sure got bigger. I then debated on leaving it dor 5 sec to get water. My bathroom is a second from my room. But common sense told me that was a bad idea. I realised Lucifer was showing me his air element. I had a fire burning and had called for an air element to manifest himself.

He then gave me in4 that I had the power to reduce the flame. To do so as I commanded the fire to become smaller. At 1st, it did. As I did, the candle glass broke. I was thinking oh shit Lol! Since the flame was smaller, I dashed to the bathroom and back with water. My smoke alarm was going off, but luckily me, nothing was in fire but the candle burning the inscense and wax where tje glass had been broken.

When the fire was out, I continued to see him on rhe closet door like b4. He literally laughed at me telling me as a demon, I can’t make stupid decisions like that one. I however found out I’m strong, n need to discover my strength. I’d survived a near huge fire experience.

Note to those that evoke Lucifer, just FYI, don’t ask for a manifestation of him when u have a fire going. He could use that fire to show u just how powerful he is. Heck of a morning.

After this experience, I began to ask y he would have said I had the power to turn the fire off. I quickly remembered it’s because I’m Lilith. Water element.

please help. Can u respond to my pm? 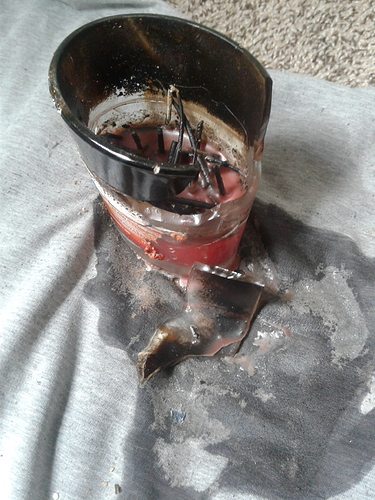 Haven’t seen ur PM till now. All I can tell u, if u haven’t been working with him through studying him, meditation, evocation and invocation, it will be hard for u. Plz research him on here. U can find various posts on him.

my problem is i wanna be able to speak with lucifer nd hear his voice… ik he is there i just never gotten to that point, also i would please appreciate a reading if u don’t mind.

I don’t mean to be short with you, but it’s a working progress. He doesn’t just show up after 1wk of trying to reach him unless u happen to be gifted. U need to do all I told u above. In regards to reads, I’m tired at the moment, and I’m a bit busy. We however have a thread on scans/reads on here. It’s a nice place to start.

This is a thread along the lines of the old Power Sensing topics One and Two which were so popular, the first one maxed out the number of replies – I’m making the opening post of this to request: please keep this to sensing power, scanning, similar exchanges with consenting members who request that in this thread if a post bothers you, the way to get it looked at fast is to click the three dots … at the bottom of that post and hit the flag icon, which then gives you confirmation step and chan…

Hey, check this thread out.

that made me giggle. Dude shit became real in seconds.

I’ve learned I’ll just stick with the visuals of him on the walls etc. Only one candle. Maybe no inscence, if so, only one

I had the Lucifer enn playing

How did you go about this?

Just multi-task. Play it on youtube. Recite the enn as it plays. Stare at the fire then look at whatever wall etc is before u and see if u can make out anything. If u see 2 dots, focus on them as u continue switching between staring at the fire and ur surface i.e wall, door w/e in b4 u.

Do u want me to share my fave enn so far? The othera to me aren’t as good as this one.

I was thinking that you recorded your own voice while chanting the Enn.

Noo…I just recited it as it was playing with strong intentions to see him.

Gimme a sec. I’m actually about to do my last evocation of him for the day. A more chilled out one. I waa able to video the one with King Belial, but not this one.

OK. Not a problem. Take your time.